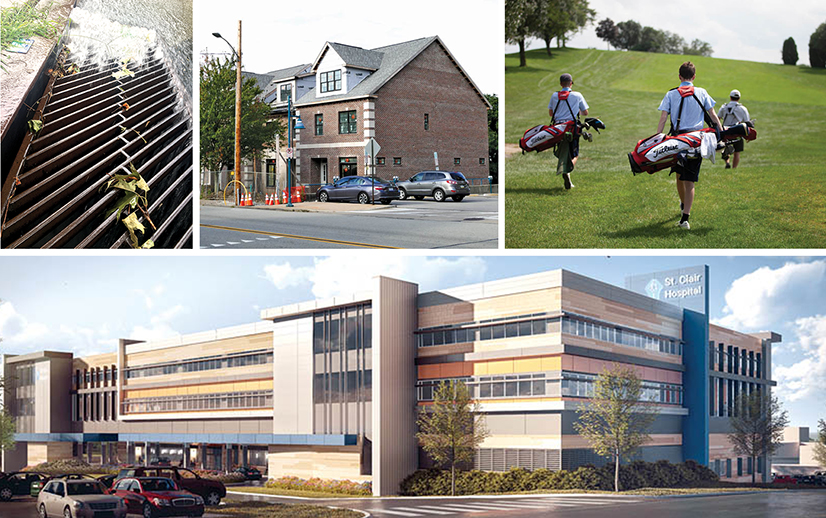 Mt. Lebanon’s proposed 2019 operating budget is $33.5 million. The total combined budget, which includes capital improvement items, is $51.1 million. Municipal Manager Keith McGill, who prepared the budget in conjunction with the Mt. Lebanon Finance Department, sees 2019 as a year of transition and planning.

CHANGES IN STORMWATER MANAGEMENT The Pennsylvania Department of Environmental Protection is scheduled to impose a new storm water management consent decree in 2019. Part of the decree may include a requirement to institute point of sale testing of private lateral sewer lines—the lines that connects homes to the main sewer lines—to reduce storm water infiltration into the sanitary sewer system. In anticipation of the new requirement, Mt. Lebanon is in the process of enacting an ordinance, similar to ordinances adopted by other communities, that would make lateral testing a requirement before property can be transferred or a plumbing permit secured.

CAPITAL PROJECTS The budget calls for several capital improvement projects, including $52,500 for ADA (Americans with Disabilities Act) improvements to North Meadowcroft Park; $161,440 for upgrades to the concrete and aesthetics of the Mt. Lebanon Light Rail Transit stop; and $71,250 for carpet replacement in the public safety center. Some other capital projects include vehicle replacement, new safety equipment for fire and police, improvements to Robb Hollow Park and a new aerifier and core harvester for the golf course. This is in addition to $2.1 million for street reconstruction and $4.1 million for sewer work mandated by consent order.

Property tax is proposed to remain at 4.71 mills. A mill is $1 of tax money for every $1,000 of a home’s assessed value. In addition to municipal property tax, residents are assessed a 4.73-mill county rate and a school district rate of 24.32 mills, for a total of 33.76 mills.

There are no changes planned for earned income or real estate transfer taxes, or municipal rates for sanitary or storm water fees.

Revenue projections for 2019 and beyond are expected to rise, with the completion of several development projects: The Summit Pointe housing plan calls for 11 single-family homes with prices starting at $800,000. Eight building permits have been issued for the development.

Also generating tax revenue in 2019 will be: a 60-unit multi-family senior apartment building at McNeilly Road and Dorchester Avenue; a five-unit townhome development at 770 Washington Road; Beyond Self Storage, a 128,000-square-foot storage facility, completed this year and ready to lease units and a 20,000-square-foot mixed-use commercial building at 1701 Cochran Road, currently under construction.

The completion of a new outpatient care facility adjacent to St. Clair Hospital, planned to open in 2020, is expected to add as many as 150 new jobs.  The building permit to be issued in 2019 will offset some municipal expenditures related to the project, including inspections.

Paper copies of the budget are available at the Mt. Lebanon Public Library and at the customer service center of the Mt. Lebanon Municipal Building during regular business hours, 8:30 to 5. The budget can also be viewed online.

All meetings related to the budget  can be viewed on Comcast channel 17, Verizon channel 34 or online.