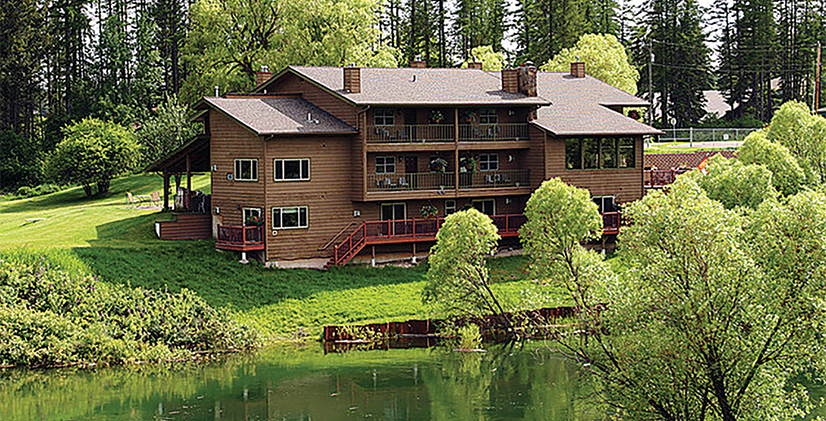 The great big skies of the American west have beckoned many easterners to pack up their belongings and chase after the sunset. And that’s just what two Mt. Lebanon High School graduates did.

It all started with a trip Tyler Noland took to Glacier National Park in western Montana a few years ago. That’s when he realized he wanted a foothold out there.

“Every turn is more spectacular than the last,” Noland says. “The first time I was there, we decided we would pull off and go for a hike. We ended up picking a random trail. We get to this lake that was the color of glacial green. It was one of those things, I realized if I could stumble across a place this beautiful, then I wanted to learn what else it held.”

Upon Noland’s return to Mt. Lebanon, he spoke to his high school buddy Mark Pascoli about Whitefish, which is a town nearby. They were both comfortable with opening a business together. They didn’t realize it at the time, but their skill sets meshed well. Noland knew investment and recreation. Pascoli had worked at the Jacob’s Pillow dance festival in western Massachusetts, which taught him about tourism.

“We kind of had a perfect blend of skills,” Noland says. “It all took off.”

Noland and Pascoli, both 35, recently opened a bed and breakfast in Whitefish, Montana, called the Duck Inn (www.duckinn.com). Pascoli says that his new home is an appealing destination and a great place to live.

Since they bought the place in September, they’ve had 2,500 visitors.

Lina Pascoli, Mark’s mom, says that she had asked all of her kids to stay east of the Mississippi River because she wanted them nearby. But she knew her son’s heart was in Montana.

“Mark likes it a great deal,” she says. “I think the work was a little new to him, but he’s adjusted to it. We’ve been out. It’s a lovely area.”

Noland had a lifelong passion for skiing, and his family owned a place up at Hidden Valley when he was a kid.

“He’s always enjoyed being outdoors and camping and that sort of thing, especially skiing,” says Tyler’s mom, Anne Noland, of Glenridge Lane. “But I never imagined he’d own a hotel. It is in an area that is very much him. I really enjoyed being there.”

Tyler Noland likes Whitefish because of the outdoors appeal. Everyone is out there for a lifestyle. It’s more work to live, rather than live to work.

“It’s a little bit less hustle and bustle,” he says. “A little more enjoyment of the everyday life. It’s a place that you kind of have to pinch yourself and force yourself to look up every once in a while. You can do absolutely anything you want. If you’re bored there, you’re doing something wrong.”