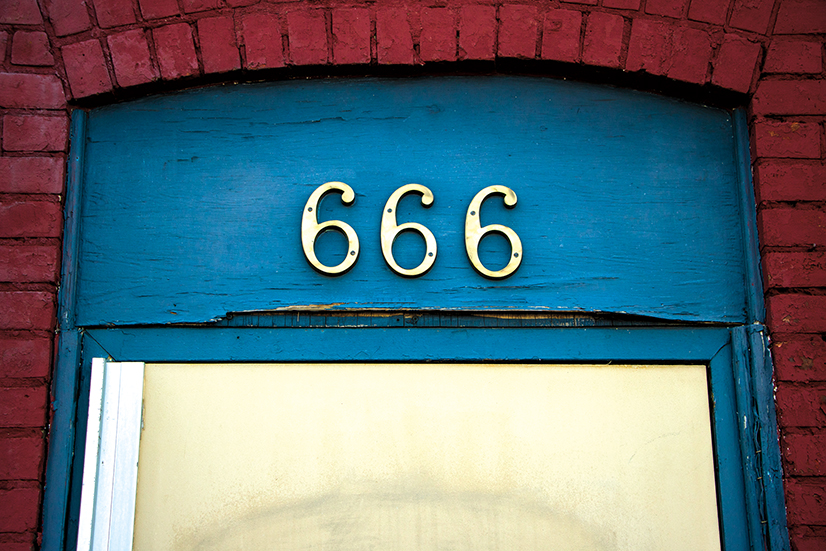 Did you know that Mt. Lebanon has a street where all the houses—on both sides—have odd numbers, except for one? Or that there are four houses on Savannah Avenue that don’t have Savannah addresses?

My address isn’t the street that my corner house faces, which has posed many a problem. Turns out I’m not the only one with this particular issue. When I posted on social media asking if anyone else in Mt. Lebanon had a quirky address, I was deluged with responses.

Among the stories shared are: a house with two addresses, a 666 address that didn’t sell until the number was changed, and a street without a name. Many streets have out-of-order numbers and a lot of neighboring streets have the exact same house numbers.

Naturally, all of this creates confusion for mail and deliveries, but what about emergencies? Rest assured, we’re in good hands with the Mt. Lebanon Fire Department. “In this day and age with all of the technology we have, we don’t have many issues with addresses,” says Mt. Lebanon Fire Chief Nick Sohyda. They can get really close using their dispatching app, Active 911, which maps the response route. Station alerting also maps the response route to the address, and on-board computers provide directions as well as an image of the address.

Although the fire department still makes career firefighters learn all the streets, technology has replaced institutional knowledge and the need for memorization, says Sohyda. One thing residents can do to help first responders is to make sure the address number on the home is clear and highly visible.

Mt. Lebanon’s inspection department staff shrugs when asked why some streets seem so inconsistent. Former chief inspector Joe Berkley, who retired in 2019 after 24 years with the municipality, says most of the addresses were established long before he and any current staff worked here so they don’t know why. But any new buildings get their street numbers from the inspection department—and the street used will be the one the front door faces. Inspection then notifies 911 and the post office of the newly established address.

Polly Meloy, who lives on Old Farm Road, adjacent to Country Club Drive, wonders if a farm or country club ever existed in that location. “It seems strange,” she says. Neighbor Mary Beth Alexander wonders the same. Other residents wondered about “paper streets.” A paper street exists only on paper—a developer once planned on constructing a street, but it never happened. Sunset Hills has a lot of these.

Marissa Joyce actually knows the history behind her address. Her old house had a Somerville Drive address, but the real address was Bethany Drive. “Apparently the original builder decided it should face the other direction after the address was established,” she posted.

Now, says Mt. Lebanon Chief Inspector Rodney Sarver, the inspection office gives homes proposed for corner lots two addresses, and the homeowner can choose which one they want to use when the home is completed, based on the location of the front door.

If you want to research your address, you can contact the Historical Society of Mount Lebanon, which will do whatever it can to assist. President Michael Cahall says the society will point people in a direction that might provide answers. Call 412-329-8595 and they will try to assist you. (FYI: Although their entrance and signage is on Washington Road, their street address is 200 Lebanon Avenue.)

For many residents, their quirky addresses have become a fact of life. Jen Curran, who lives on the odd side of Lyndhurst Avenue despite having an even number, has directions to her home stored as speed words on her phone from typing it so much.

Sometimes a quirky address is an opportunity. Karen Krieger’s address is 1738 and her next door neighbor is 1734. “Last year we held a block picnic at 1736, which is the lawn between our houses!” she says.

Apparently Paige Riggs’ postal carrier needs glasses, as her corner house is 1042 Lindendale Drive. The house behind her is 1042 Locust Lane. “We’re forever getting each other’s mail and food deliveries,”
says Riggs.

For some, avoidance is the best strategy. Years ago, Amy Bumer looked at a house that should have had an address on Seminole, but the previous owners had petitioned to have it changed to Sunnyhill. “That alone made us walk away, because it would have been a headache explaining that all the time!” she posted.