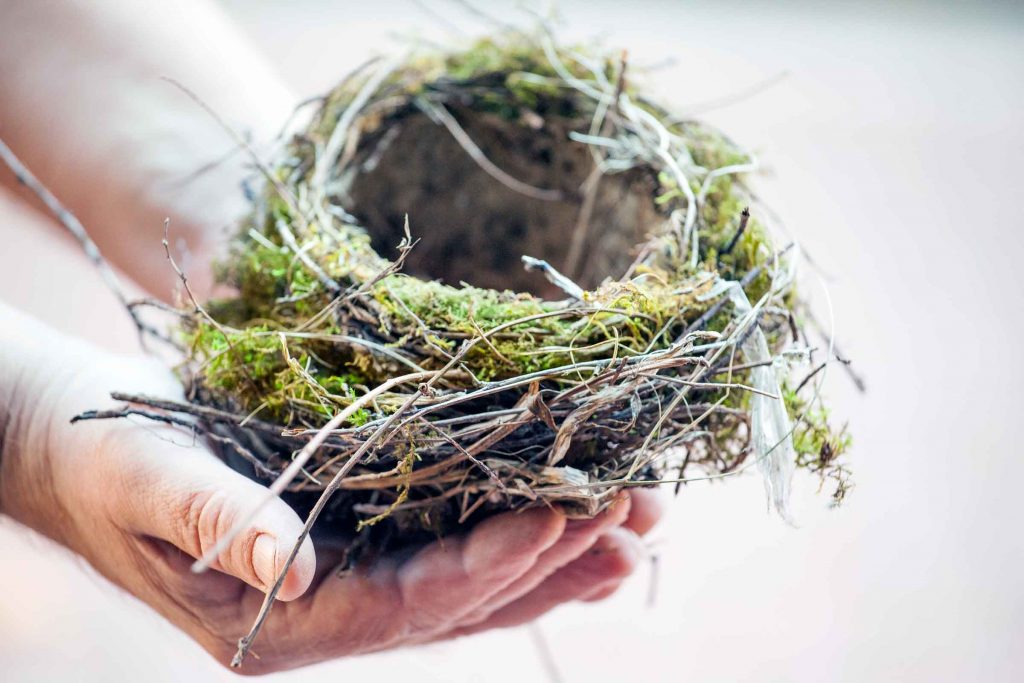 Last night was the first night in 28 years that my husband and I ate at the kitchen table—alone, and in peace, and with not one single chance of being disturbed. I took a selfie to memorialize the occasion. In the photo, neither of us looks very happy. This was only the first of many such dinners—in late August we become Empty Nesters. I texted the picture to our three children because they understand (and respond to) text messages. My older son immediately commented with a ‘thumbs down’ sign. My younger son ignored it.

My daughter, who was out with friends one last time before they each headed to their separate colleges, quickly called and asked what I thought I was doing. I worried that this is becoming our new style of family dinner conversation.

“Dad and I are having our first dinner alone together, so I took a picture,” I said. “We’re practicing for when you go to college.”

“Yes,” I agreed. “With no fear of being overheard.”

“What did you eat?” asked the younger son, calling in from his vacation with friends.

“I made a tomato salad from heirloom tomatoes that were just picked—and other stuff,” I said. “It was delicious.”

“I’m glad I wasn’t there,” he said (because they all prefer their tomatoes in ketchup form).

My husband and I finished eating, then there was an eerie silence as I cleared the table. No one was around to chat with and no one to complain about why I again made that tomato salad that only Mom and Dad ever ate. I put the dishes in the dishwasher and picked up my phone to look at our photo again. This time it made me cry.

The day before taking this photo, my older son had turned 29. I remembered how I had gone into labor with him on his due date, probably because I was so excited for us to become a three-person family that I couldn’t wait any longer and my body knew it. From that day on, my identity changed. No matter what I did, I was first and foremost a parent with a child who depended on me for everything. First there was one child, then two and then three, and I found myself waking up every morning thinking first about what I needed to do for them before I thought about what I had to do for myself. There is no “I” in “parent” but there is one in “single” and I was never again going to be a single.

For nearly three decades one or more of my children have been an integral part of my daily routine. I knew what they were doing, where they were and with whom, and at the end of each day I saw them at home. After a while the older one moved out and established his own life far away from me. Then the second one went to college far away and plans to stay there after graduation. And now the third one is leaving me as well, moving across the country to begin her own life, mostly without parental input (she says).

For decades, I thought that I would relish this time, knowing that my children were self-sufficient and happy and that I had raised them to be competent, successful adults. I thought that I could enjoy the freedom that comes from knowing that they will be fine in this world, that I had done everything I could do to launch them into adulthood and now I would be free—I could have my own timeline, my own space, and my own obligations.

But that’s not happening. Instead, I am missing them terribly. At the same time, I’m considering the possibility that I may be resisting this change. Or maybe I don’t want to try to meet new people or do new things because without the built-in constructs of school and sports, this won’t be easy. Or could it be that I never thought this time would come so I didn’t plan for it, and now I don’t know what to do? I don’t have a backup plan. For years I never had enough time to pick up all the socks from the floor or put all the used glasses in the dishwasher at the same time; soon I won’t even have socks on the floor nor enough used glasses to fill a dishwasher. Is the achievement of a neat house enough to make me happy? And how does the definition of “mother” adjust for a house devoid of children of any age?

I still have a short time until my husband and I take our youngest to college. We all know this is going to be hard on me because I am the only one having her identity and role in life dramatically altered: my daughter will continue to be a student, my husband will return to work, and I will return to an empty home, where I will continue to cook dinners for two, text my children with short conversations and pick up whatever socks or glasses are left around the house and put them in their proper places where they will stay until my children come home again and a new normal resumes.