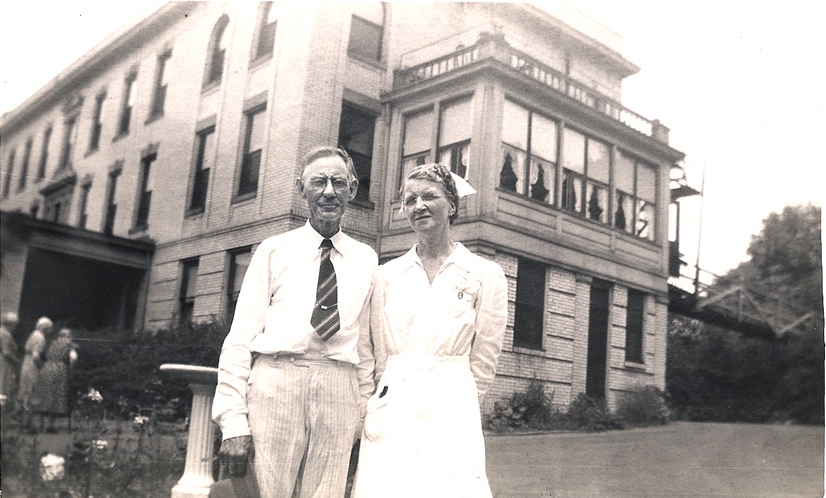 hen you walk through the flagship Baptist Homes facility, on Castle Shannon Boulevard, you can literally feel the history under your feet. You will be strolling down a hallway when the floor suddenly turns creaky and a bit uneven. That’s when you know you’ve just entered one of the building’s original sections, first constructed all the way back in 1915.

Baptist churches from across Western Pennsylvania came together to establish an organization that could provide housing for widows and orphans. This year, the Society celebrates its 110th anniversary, marking an impressive stretch of time during which the organization has adjusted its priorities and expanded its scope, without losing sight of its original mission.

The Baptist Homes Society started out by leasing a building in West Newton, which housed just 10 adults and six children, before purchasing a large swath of property in Mt. Lebanon. A building for seniors went up in short order, followed by separate homes for young boys and girls in 1926, with expansions done in 1951 and 1964. The orphanages ran until the early 1970s when the state and county started running their own foster programs, allowing Baptist Homes to focus exclusively on the elderly. (The former boys’ home now serves as the society’s administrative offices.) Baptist Manor, a 100-unit apartment complex for lower-income adults, opened in 1979. Another expansion was done in 1984. A spinoff location called Providence Point was founded in Scott Township in 2009, and, even more recently, Baptist Homes has opened a consulting service, and are in the early stages of launching their own home-care company to take their brand of senior-health services off-campus.

We want to have some positive impact beyond just keeping people entertained for a while.

Baptist Homes houses a wide range of senior residents, from those who live completely independently in personal apartments to those who need daily medical care. On a Wednesday morning earlier this year, two residents, Judy Fitzpatrick and Gertrude McGonigle, were warming up in the fitness center, waiting for a balance class to begin.

Fitzpatrick attends three different exercise classes each week and likes to swing by the fitness room every morning. “Some mornings I have other things going on,” she adds, “and then I come in the afternoon. But I still come down, even on weekends.” She also points to the library, supported in part by the Mt. Lebanon Public Library, as a Baptist Homes amenity she enjoys.

Marilyn Walsh, Baptist Society’s director of marketing and public relations, says it’s important that residents continue getting well-rounded and proactive life experiences while living at the facility. “We really focus on that wellness component,” Walsh says. “Some people will say, ‘Oh, we’ll come in and run a bingo.’ But we’d rather someone go in and talk about heart health or diet. We’re like, ‘Let’s avoid the bingos.’ We want to have some positive impact beyond just keeping people entertained for a while.”

Tammy McLane, a med tech who’s been with Baptist Homes for 27 years, says it’s overwhelming to think about how many things have evolved  since she started working there.  “Oh my goodness, I don’t even know how to explain,” she says. “Well, we didn’t have the computers. Everything was by hand. We had to sign our initials for everything. It’s just changed so much.” (The tech Baptist Homes uses today is indeed impressive. Back in 1915, if there was an emergency, someone had to go fetch the nearest town doctor. Today, residents have access to a portable Curavi emergency cart that can put them in touch with a doctor via Skype and check all their vital signs using sensors built right into the cart.)

Each campus has a huge dining program, and a lot of the waitstaff includes high school and college students from the area, allowing for young and old to exchange stories. “It’s good for the seniors that we serve to have that interaction,” Allison says. “And it’s a really  tremendous thing for the young people to be around some older people and hear about the life experiences they’ve had and all that they’ve gone through. It’s an eye-opening experience for a lot of our staff.” Tuition assistance programs are available for full-time and part-time staff, and even the “as needed” employees, who work only a few days a month, are able to apply for Baptist Homes Society scholarships.

Allison thinks that goodwill also extends to the relationship between Baptist Homes and the Mt. Lebanon and South Hills communities at large.

“Most of the folks who have lived in the South Hills for any length of time have some connection to Baptist Homes,” he says. “Their parents were served here. Their grandparents were served here. When they were children their grandmother lived here and they came and visited on weekends. Everyone has a good, positive story and relationship with Baptist Homes and the care and services we provided to their loved ones down through the years.”