I was reminded tonight when walking the two-mile loop that is made by Arrowood and Pinewood Drives how remarkably friendly Mt. Lebanon and greater Pittsburgh are.

As is often my habit, I’d stopped to photograph flowers. I’m not a gardener, but there are some wonderful gardens on my favorite walk, and the route is often a photo safari, whether I had started out intending it to be or not. With the first, fragile, spring blooms opening their colorful faces, the temptation was irresistible. 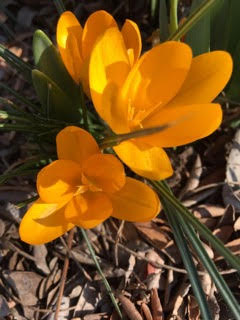 So, I was kneeling at the berm, trying to get a crocus to come into focus, when a voice over my shoulder said, “They are just marvelous aren’t they?”

I took my headphones out of my ears and stood up to greet a brassy-haired woman with funky sunglasses and a bright vest.

“Louise and her husband do such a marvelous job,” she continued. By which pronouncement I figured out that I was speaking to another neighborhood enthusiast, not the gardener herself.

After a few minutes, I’d learned that my new friend, Maureen, lived a little further down the curve, lost her husband about a year ago to complications from Parkinson’s disease, was retired, and shared my enthusiasm for the Pinewood half of my route.

I invited her to walk on together, and in the golden sunlight that only seems to visit at the end of a day, we spent a mile talking of family, neighbors, jobs, and gardens. When I mentioned that my sons think of themselves as Pittsburghers, despite the fact that neither of them was born here, Maureen automatically responded, “Well, of course they are.” 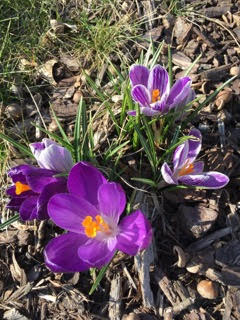 Actually, there’s no of course about it. When you live in many places around the country, locals with grandparents and siblings who called the same place home for generations often look askance at people like us, who moved in from elsewhere, who haven’t even made it 15 years here, who have birth certificates scattered across the country like a “Where’s Waldo” puzzle.

But Maureen, like so many others in our adopted home, believes that my family belongs here, because we want to be here. In our wonderful neighborhood, that is enough. 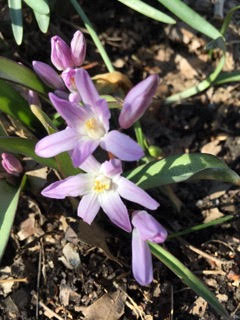 She told me how lucky she felt to have her siblings within a few miles of the neighborhood on Mt. Washington where they grew up.

We took our leave of each other at the top of Firwood and Pinewood, because Maureen had to get home before the soda bread baking in her oven burned. I walked on to Rite Aid to pick up a few odds and ends.

But not before we offered each other a hug and the assurance that if we saw the other walking, we’d join in. For friendships here don’t require long-standing experience. Wanting to be here is enough.