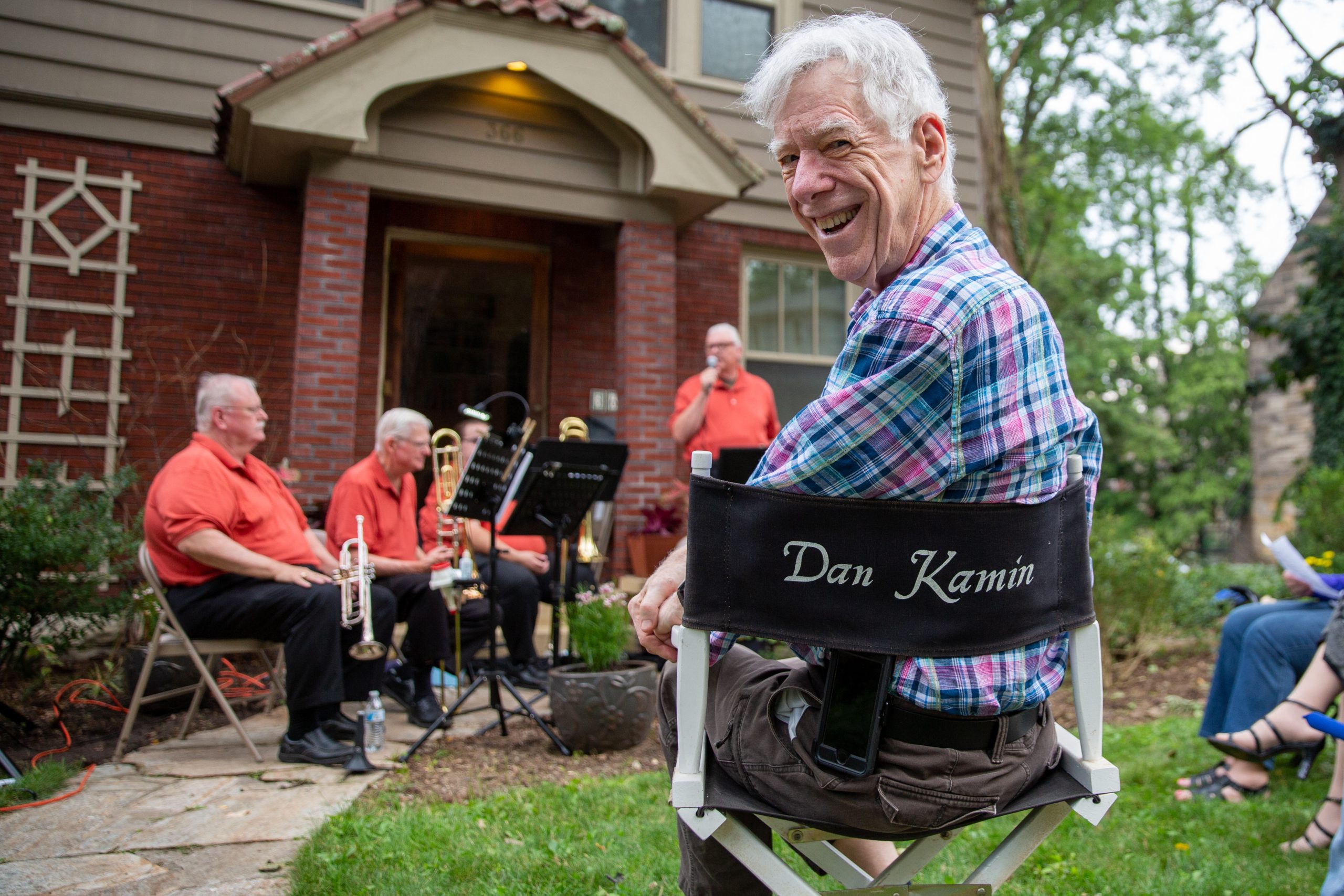 For a mime, Dan Kamin talks a lot.

Especially when the conversation settles on the brass band concerts he hosted on the front lawn of his Avon Drive home this summer and last.

“It’s been a hell of a past two years,” he said. “And we all know that this is a divided country right now. I wanted to do something to bring people in the neighborhood together.”

Music, Kamin decided, was the uniting factor. He turned to his longtime friend Mike Langiewicz, a French horn player in the South Hill Brass band, to assemble a group of musicians. To promote the premiere show last year, Kamin hung posters up and down his street.

“Was I afraid no one would show up to my own first performance? Of course,” Kamin said.

But his doubts disappeared quickly.

From across the neighborhood, nearly a hundred old friends and new turned out, wearing masks. They popped open their folding chairs —socially distanced—to enjoy an evening of music under the leafy canopy of the silver maple tree that towers over Kamin’s yard.

“I was surprised that the concert drew so well last year, and delighted with the audience response,” Kamin said. He was so pleased with the reaction that Kamin decided to stage a show this summer, too. 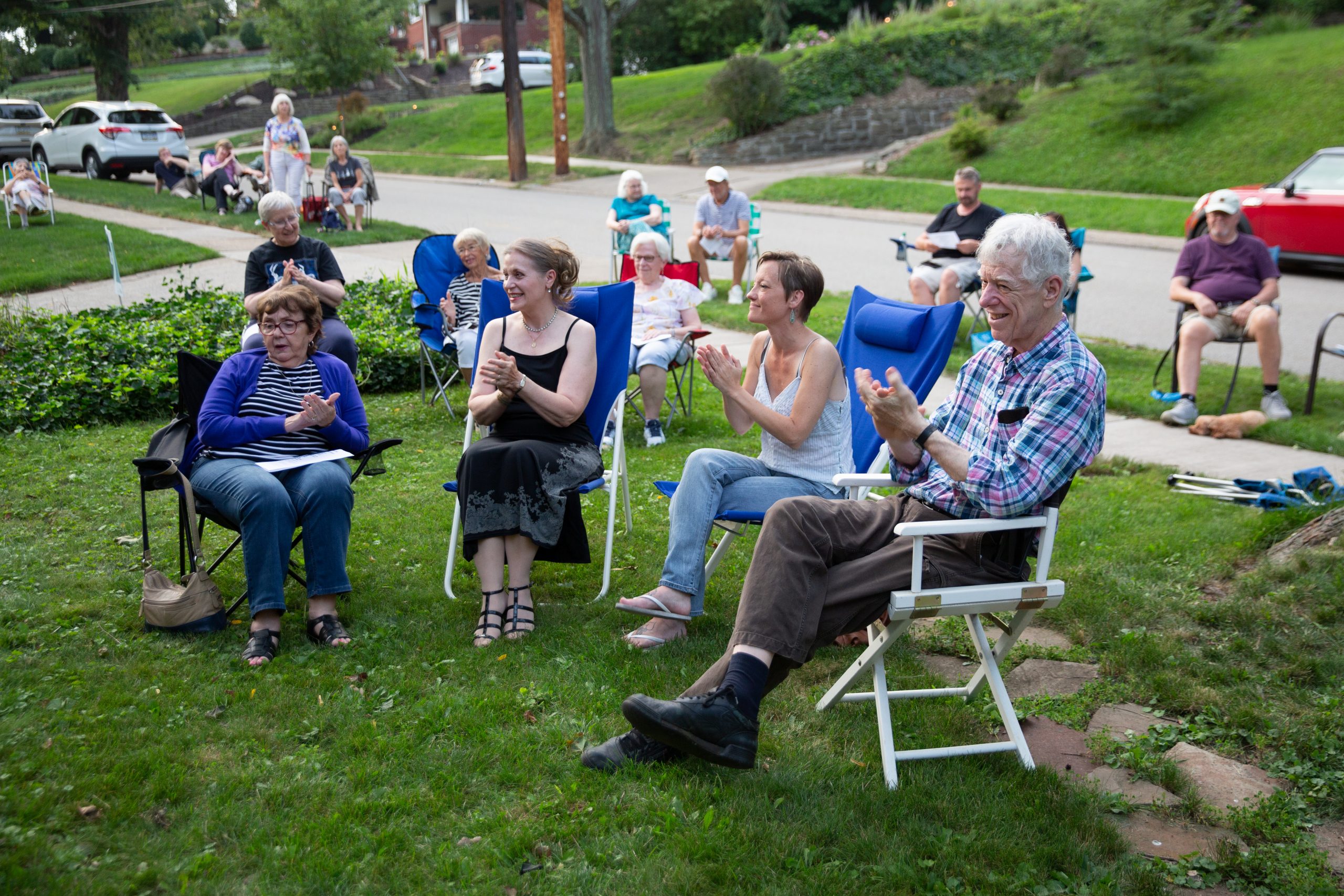 The concerts also provided Kamin with a rare opportunity—to watch a show instead of being the center of it.

During his nearly 50-year career entertaining audiences around the world, Kamin also schooled Robert Downey, Jr. and Johnny Depp on the moves of silent screen legend Charlie Chaplin for their roles in Chaplin and Benny and Joon. While COVID closed the curtain on his live stage act this past year or so, Kamin dazzled his fans with a series of online shows called “ShaZoom,” featuring another of his talents—magic tricks.

Looking to recreate some musical magic, Kamin called on the South Hills Brass for an encore performance on July 31. The crowd was smaller this time—without masks and seated a bit closer together. As about 25 people gathered on the grass for the duration, other neighbors stopped for a beat or two during walks with the kids and dogs to tap their toes to the sounds of George Gershwin, John Phillip Sousa, Leonard Cohen, Rogers and Hammerstein and Franz Joseph Haydn. The Brass closed the show with a foot stomping version of In Heaven They Drink No Beer.

After the show, Kamin couldn’t contain his joy.

“To me this was a great evening,” he said.  “I was grinning from ear to ear.”

Even for a mime who likes to talk, that smile says it all.