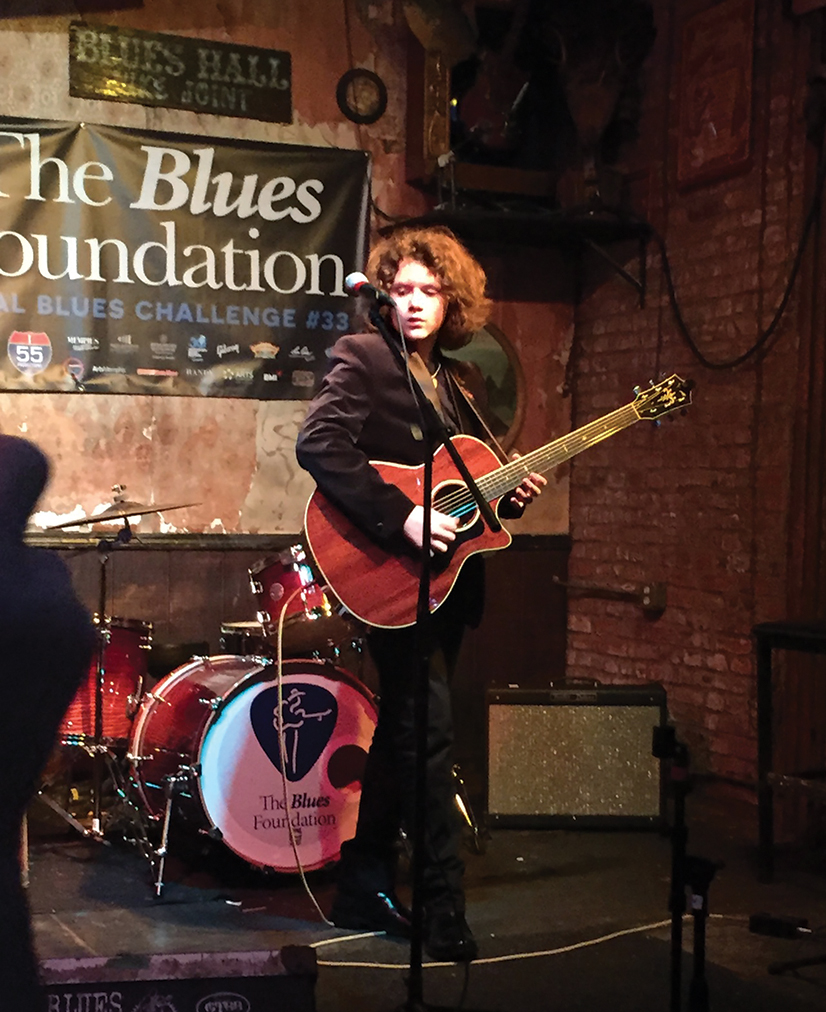 Mellon Middle School seventh-grader Pierce Dipner, Jefferson Drive, represented Pittsburgh in the Youth Blues Showcase at this year’s International Blues Challenge in Memphis. The Blues Challenge annually draws more than 200 acts from around the world to compete. The Youth Showcase allows emerging artists such as Dipner to participate in workshops and perform at clubs along the famous Beale Street.

Dipner didn’t start out as a blues fan, but he’s been a musician practically from the cradle, playing cello and learning the drums and harmonica in addition to the guitar and vocals.

His interest in the blues came about as he was searching for places to play and came across the Blues Society of Western Pennsylvania’s youth blues jam. In 2015, at age 12, he took third place at the Youth Blues Challenge.

From there, taking guitar lessons at Empire Music, he began playing at open mics Sunday afternoons at the R Bar in Dormont, and other places around the city. He opened for Nick Moss at the Blues Society’s Christmas party at Moondog’s in Blawnox and was on the bill for this year’s Blues Challenge at Cornerstone at Tonidale in Oakdale.

“I like learning from seasoned musicians,” Dipner says. “I’m trying to listen to as much music as I can.”

This year, the Blues Society chose Dipner to make the trip to the showcase in Memphis. He put a 25-minute acoustic set together for the event. He led off with Keys to the Highway, then segued into Before You Accuse Me, included some other standards like House of the Rising Sun and a strong version of Muddy Waters’s Rolling and Tumbling, before closing with Shake Your Moneymaker.

“I took what I thought were my two best songs, led off with one and saved the one with the biggest impact for last,” he says. “I try to read the crowd, keep up the momentum.”