Colleagues and friends have praised Paul Siefken because of what he’s accomplished during his short time at the Fred Rogers Company.

Much of it has to do with his role in producing Daniel Tiger’s Neighborhood, a popular new children’s show on PBS.

The praise is not what he values the most about his work, though.

“More important than any of that are the stories you hear from parents when you meet them and they find out you work on Daniel Tiger’s Neighborhood,” Siefken says. “They’re often overjoyed at how much their kids love the show and also the tools that the show offers them as parents. We often hear from parents that watching the show with their kids helps them become better parents.”

Siefken, Woodland Drive, started working with the Pittsburgh-based company in June 2013. He oversees production of all children’s digital and television programming.

Bill Isler, president of the Fred Rogers Company, says he hired Siefken because he was impressed by Siefken’s work as head of PBS children’s programming, a position he held from 2004-2013. 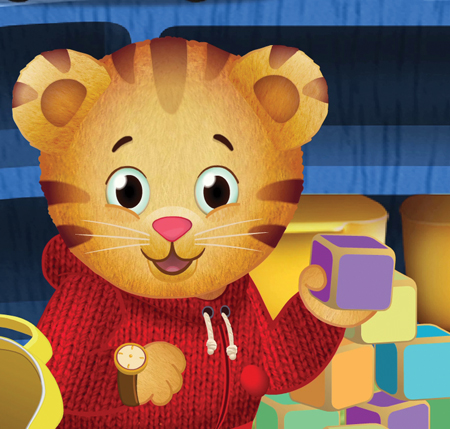 [1]Daniel Tiger’s Neighborhood is a spinoff of Mister Rogers’ Neighborhood, the iconic children’s television program broadcast for decades on PBS. The new show’s characters are children, nephews and siblings of the puppets, including the original Daniel Tiger, who lived in the show’s fictional Neighborhood of Make-Believe.

Siefken has helped the Fred Rogers Company solidify its reputation as a children television provider, Isler says. He singles out Siefken’s ability to coordinate efforts in three cities—Pittsburgh, Toronto and New York City—to produce the show.

“I think he has really stimulated thinking among our staff about what we can continue to do to develop quality TV for children,” Isler says. “He wants us to generate our own ideas instead of working with outside producers. I’ve admired how he’s gotten people to think about what we can do next in the spirit of Fred Rogers.”

The digital component to the Fred Rogers Company’s programming has been revolutionary. Jesse Schell is chief executive officer of Schell Games, the company responsible for the interactive games featured on the show’s website.

Schell enjoyed developing apps and games for the Fred Rogers Company because he got to work with Siefken.

“I feel we’ve done some things that are new,” Schell says. “If you look into the past, there is a ton of stuff on colors, numbers and animals. In terms about social and emotional learning, feelings and certain things that give people trouble, like going to the doctor, that is not an area that is explored by television and games. We feel like we’ve made some good progress there.”

Siefken’s good taste and leadership are the reasons why the games and programming have become so popular, Schell says.

“We’ve been pleased with how the games has come out,” Schell says. “We like working with Paul and the Fred Rogers Company because they know how the mind of the preschooler works. Because they’re in town, we have meetings with them every week. That combination of things has led to some games we’re really proud of.”

During Siefken’s tenure, two other series have also premiered on PBS. The first was Peg + Cat, which is an animated series focused on teaching preschoolers math skills. It recently won three Emmy awards for its first season.

The Odd Squad premiered last November. Siefken has been in charge of developing the show that will focus on teaching math skills to young elementary school children.

Siefken feels the moral imperative to continue the legacy of Mister Rogers’ Neighborhood. “The best thing is being a part of such an incredible legacy that Fred Rogers Company has,” he says. “It’s a humbling experience working on fulfilling the promise and legacy of such an impactful force in children’s lives.