In August,  the “Elevate Mt. Lebanon” comprehensive planning team headed by Municipal Planner Keith McGill passed out surveys to residents asking them what things they thought needed to change in order for Mt. Lebanon to remain a great community.  The survey also was available online.

The comprehensive plan, intended to be a blueprint for the community’s next 10 years, will be completed by spring 2013.  Assisted by a consultant, the planning team has solicited opinions from residents in various ways, including on www.mtlebanon.org and www.facebook.com/ElevateMtLebanon.  The team also has passed out information at community events, conducted three photo safaris and held focus groups.  On Thursday, October 11, dubbed “Thursday Night Live” residents are invited to the municipal building to hear the results of the team’s work so far, including the survey, and to provide additional feedback.

On the survey, residents shared their opinions on things ranging from their satisfaction with municipal communications, variety of local shopping, parking and transportation, to the kind of development that should occur and whether or not our parks and recreational programs and facilities needed improvement.

Two hundred ninety three people completed the survey, helping round out the planning team’s growing sense of what community views as priorities. Residents could check as many items they thought needed to change from a list of 16 possibilities . They could also add comments.

Only a few people—6.9 percent—said nothing needed changing; the community is great the way it is.  And 46.2—the highest percentage on a single question—agreed that cost of services/taxes was a concern.  Most interesting, in light of the ongoing debate about what recreation improvements are needed and how much should be spent, were people’s responses to questions regarding recreation. When asked what needed changing in Mt. Lebanon, 33.8 percent included park maintenance among their choices, 24.2 percent pointed to recreation/park services as something that needed attention, and 34.6 percent said recreation/park facilities, making recreation the respondents most singular focus. 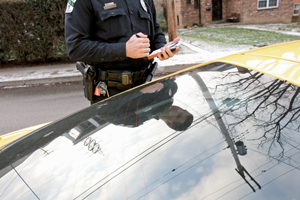 People were generally satisfied with municipal communications and the frequency of community cultural/social events, with only 9.6 percent and 10.8 percent respectively indicating any cause for change. Transportation safety and the types of community cultural/social events were of a bit more concern, with 14.1 percent and 13.1 percent of respondents suggesting that change is needed.

Other than taxes and parks/recreation, however, the only areas that significant numbers of people said needed improvement were parking (21.2 percent), variety in local shopping services (29.2 percent) and the type of redevelopment occurring in the community (23.5 percent).

Comments explaining why people felt things needed changing or improving ran the gamut.  A number of people said they wanted the community to be more bike friendly while also acknowledging that lack of bike paths, heavy traffic, hazardous drivers and drivers cutting through residential streets makes that a challenge.  Others urged more investments in the schools, so the quality of education and the infrastructure can be maintained and the schools can remain competitive with other communities.

A few comments focused on field maintenance (not necessarily turfing) and improving the swimming pool.  The need for better maintenance of rental property also was cited.

Finally, there were comments asking for more transparency in government and more progressive government , along with a wish for more  residents who are wiling to pay taxes for the entire town’s benefit even after they are retired.

And by the way, don’t raise taxes!

Thanks to everyone who completed the survey, one small but important component of the data that has been collected and will be incorporated into the final plan.