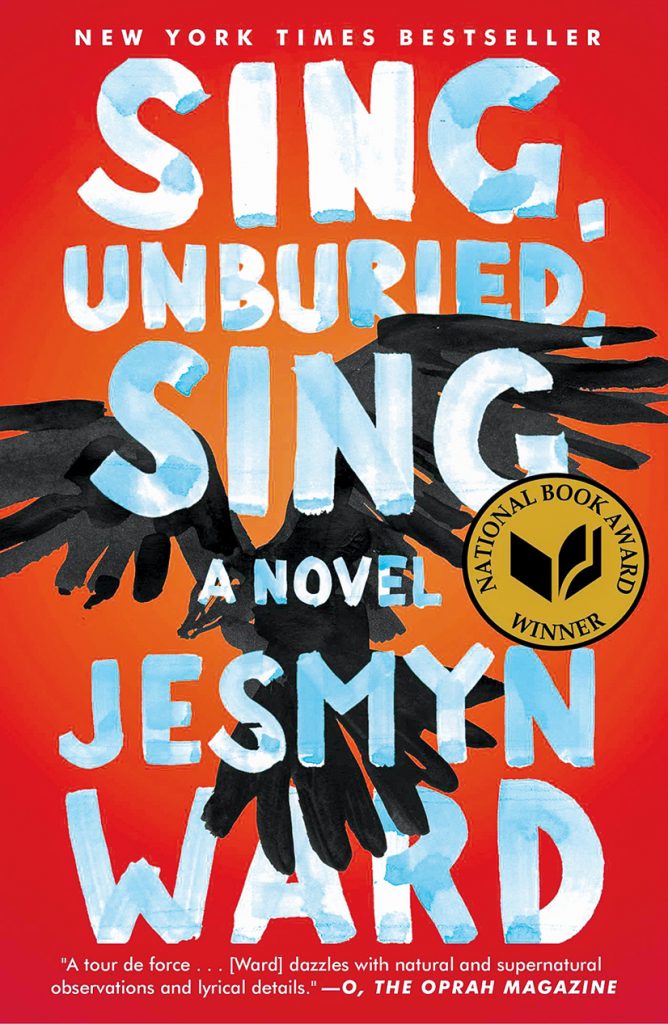 Sing, Unburied, Sing, the 2017 National Book Award-winning novel by Jesmyn Ward, made me wish the author could narrate my life. The phrase “luminous prose” may be overused, but in the case of Ward, who also won the National Book Award in 2011 for Salvage the Bones, it is more than justified. Ward could make a narrative about folding laundry sound like the echoing of a profound truth. Spanning decades and realms both ghostly and earthly, Sing confronts and melds the past and present as a wounded family attempts to make their way back toward each other. The protagonist is 13-year-old Jojo, who is being raised in rural Mississippi by his beloved black grandparents, Mam, who is dying of cancer, and Pop, who tends to their small farm, and Jojo’s mostly absent and drug-addicted mother, Leonie.

Jojo’s father, Michael, who is white, has been incarcerated for three years. Michael’s racist family wants nothing to do with Leonie or their grandchildren, and we learn that Michael’s cousin shot and killed Leonie’s brother in a hunting “accident.” The light of Jojo’s life is his 3-year-old sister, Kayla, whom he cares for most of the time. The fact that Kayla prefers JoJo’s comfort and company to hers only occasionally distresses to their mother: most of the time she is too high to notice.

When Leonie packs up the children to drive north to retrieve their father from his three-year prison stay and perhaps reunite their family, the limits of her abilities and inclination to care become clear.

As they travel, they face real threats. The narration shifts between Jojo and Leonie, revealing their complex feelings about each and the fact that they are unaware of the other’s suffering.  Facing each other’s hard truths, they also face ghosts from the past, who demand their help in finding peace.  The ghost of Leonie’s murdered brother visits her; the ghost of a young boy who spent time in prison with Pop many year ago unsettles Jojo.  An incident in their travels makes it clear that the racism that killed both ghosts lives on and underlines Leonie’s inability to help anyone, living or dead. When a police officer almost shoots Jojo, Leonie can think only of the bag of meth she just swallowed to avoid being arrested. The ghosts see this, too, and won’t be silenced.

Leonie’s humanity is multi-dimensional; she seems to want to care for her children but simply can’t. She is as caught up in her desire for drugs as in her desire for Michael, its own kind of addiction.  There is no room for anything or anyone else.  At the same time, the love Pop shows for Jojo and the love Jojo shows for his sister are transcendent— no matter where Leonie is or what happens to her—they will be faithful to one another.  Love is always the birthplace of hope. 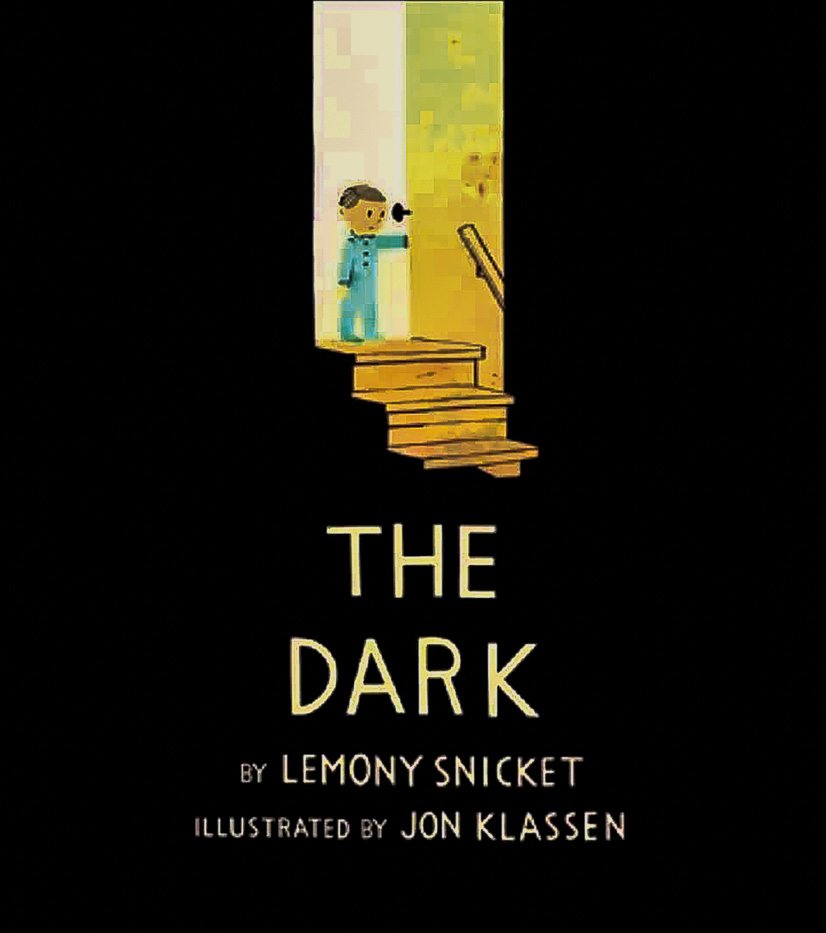 I’ve long been a fan of Lemony Snicket’s books for older children, All the Wrong Questions and A Series of Unfortunate Events, and was excited to find his picture book illustrated by Jon Klassen, The Dark, published in 2013. I loved how “Snicket” (the pen name of writer Daniel Handler) creates an independent character of the dark. The dark usually hangs out in the basement, but at night it gets loose—plastering itself against the windows, crouching behind the shower curtain, hiding in the closet.

The worst, though, is when the dark comes to a child’s room at night.

Young Laszlo, our hero, has a night light for this purpose, defending his honor against the encroaching enemy. Still, the dark has a way of making trouble everywhere. Laszlo decides that if he visits the dark on its own turf, maybe it won’t be so intent on coming to intrude on his space. The dark doesn’t just lurk, it talks back, inviting Laszlo downstairs into the basement. Not only does Laszlo have to go down the creaky stairs, but the dark leads him to the darkest corner, and a whole dresser drawer full of more dark. Open the bottom drawer, the dark says. Laszlo courageously complies. Nestled in the darkest corner of the darkest room, in a whole dresser full of dark, Laszlo finds what he needs. A light bulb. And from then on, he and the dark get along just fine.

» In Ward’s Sing, Unburied Sing, Leonie fails her children again and again, but somehow musters her strength to give her dying mother one last gift. When have you persisted through your imperfection to do something important for someone?

» In Snicket’s The Dark, Laszlo fears the dark.  The characters in Sing contend with the ghosts of the past who demand their help in getting their peace. In both books, a kind of befriending takes place: it’s only when the characters listen to the scarier parts of their lives that they can be free of their fear.  Is there part of your life that lies buried that needs to be allowed to sing?

» What are you afraid of?

» Where is the past still following you?

Sara Irwin is an Episcopal priest, brewer of beer, mother of two and voracious reader. The column highlights books that ask some of the deeper questions we all face, and approaches them from different perspectives.