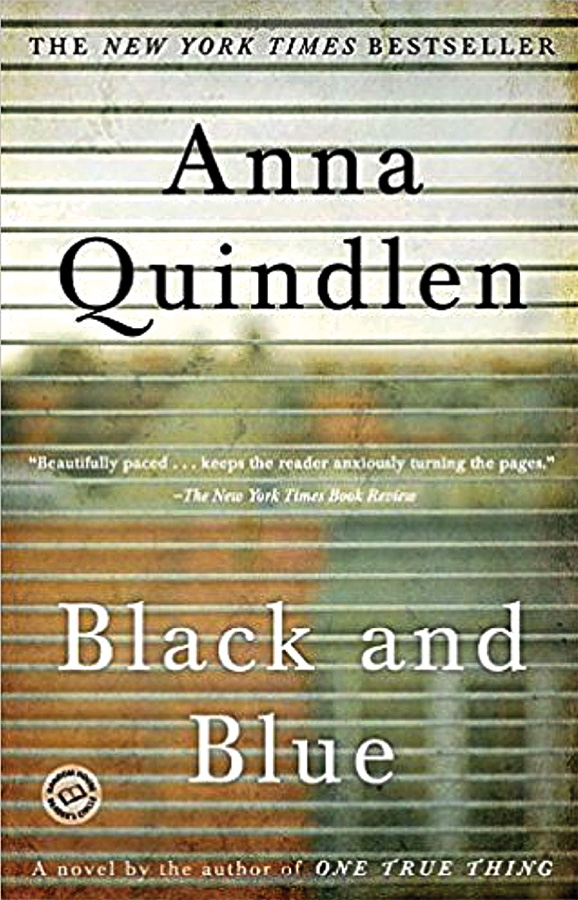 This month I’m picking up on an issue covered in our December issue— intimate partner violence. For many of us who haven’t experienced it, it’s hard to understand. How is it possible to stay? What is involved in leaving a violent relationship? Anna Quindlen’s 1998 novel, Black and Blue, introduces us to Frances Benedetto. Beautiful and confident, she is a successful nurse and proud mother to her 10-year-old son Robert. But Frannie also keeps a secret she worries will turn fatal.  Her husband, Bobby Benedetto, is a New York City police officer who can convince suspects to admit to crimes they haven’t committed just as he tries to convince Frannie that she is the cause of his violent behavior toward her. When Bobby cries in apology because he has harmed her, Frannie cries for him, not for herself. She cannot loosen herself from his emotional grip and fears what he would do if she tried to leave. After years of violence, however, she decides she cannot allow her son to live the lie any longer.

Making their escape from Bobby necessitates trading one secret for another. Frannie and Robert from Brooklyn become the Crenshaws from Delaware, new transplants to an anonymous Central Florida town of strip malls and highways. This is where we come to understand that they will always carry their past with them. Even free from Bobby’s daily violence, his shadow is never far away. As they settle in and create new relationships, Beth still fears discovery.

There are times the book feels dated: it belongs to a pre-internet world.  The way Frannie creates her new life seems fantastical at times.  But the book succeeds where it needs to—we enter into a world that is foreign to most of us. As “the Crenshaws” move on, the reader feels, viscerally, how love creates strength. The book doesn’t have a simple happy ending—I’ll leave it to readers to see how Frannie and Robert endure—but I could not recommend this book more strongly to begin to appreciate the challenges of becoming a survivor. 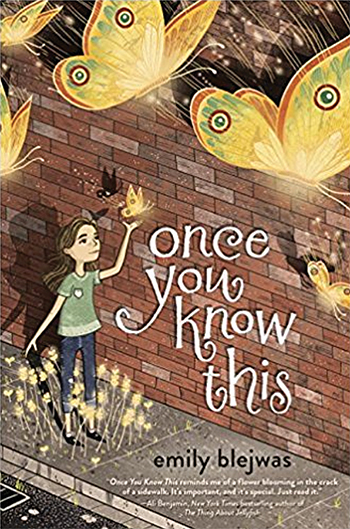 Once You Know This by Emily Blejwas is written from the perspective of a child for whom violence, poverty and illness seem to hem in on every side. Eleven-year-old Brittany lives with her mom, younger half-brother and nonverbal great grandmother in a Chicago apartment.  Unfortunately, they also live with Jack, the father of Brittany’s half-brother. Jack abuses Brittany’s mother and barely contributes to their household, even as he insists she not have a job outside their home because he says she would flirt with the customers.

Brittany’s own father disappeared once he found out her mother was pregnant, so the only rays of hope in Brittany’s life are her best friend, Marisol, and her teacher, the idealistic first-year Mr. McInnis. Mr. McInnis stays after school to help Brittany in the computer lab, mourns for his students when they are arrested and invites them to see a future where none seems possible. As Brittany puts it, their classroom has so many construction paper choices she is sure he has paid for them himself.

One of the lovely things about Once is the way Brittany describes her world—when being hugged by her boyfriend, her mother has “icicle eyes.” Like her mother, Brittany blames her tears on the wind.” She says the judgmental staff person at the Women, Infants, and Children assistance office has a “parking lot stare.”

Brittany spends her free time writing in her “Plan B” notebook, gathering ideas for how she and her family can escape Jack. A birthday card to Brittany’s grandmother from an out-of-town relative sends her clues to connections beyond Chicago. Eventually, it’s Brittany’s quick intervention that secures their safety when she answers a routine wellness survey at the doctor’s office on her mother’s behalf.   Once You Know This is a good book for upper elementary to middle schoolers.  Readers will meet a relatable and smart girl facing a complicated world with a powerful spirit.

» Brittany has her “Plan B” notebook to save her ideas to help her family. What is your big dream? Has your “Plan A” ever failed?

» How can we create a world where those who need help can receive it? (The mtl December article, “Broken Wings,” explores how the Mt. Lebanon Police Department deals with domestic violence. There are great resources in our community.

» Is there someone you’re worrying about right now? Are you worried about yourself? Reach Call the Women’s Center and Shelter of Pittsburgh’s 24-hour hotline at 412-687-8005. Their website is www.wcspittsburgh.org and has an emergency “escape” button that allows anyone viewing it to exit immediately.