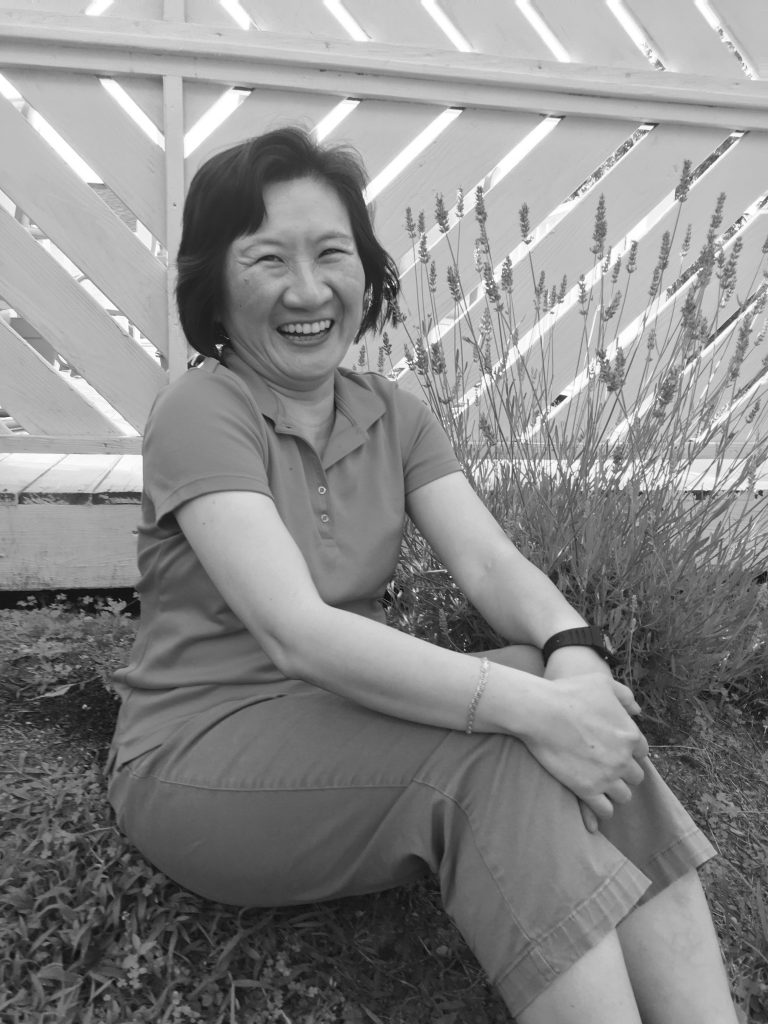 Her Sunday morning classes at the Tzu Chi Academy are for young Americans of Chinese descent, though she teaches business people who need to communicate in Asia, too.

“Taiwan is an island,” Yu says. “For us, in order to survive, you have to do business with people all over the world.”

Growing up in Taiwan, Yu and her peers were made to speak Mandarin Chinese, rather than the Taiwanese language they spoke at home. English as a third language was required in the seventh grade.

Acquiring language became a skill set Yu developed along with her arithmetic and continued to practice.

“I chose to come [to America] for my undergrad degree, so in order to learn… I really had to put so much effort in my English,” she says. “I had to know how to ask my questions.”

She had support from professors and friends who were patient, and her language dexterity improved yet again. So when she met her husband, who is from Brussels, Belgium, and his stepmother could not speak English, Yu learned her fourth language, French.

Learning a new language is not a solo effort, she says. “I learned so much about this country from my friends.

“Everybody in Mt. Lebanon is very, very open minded… They are willing to tell [my husband and I] sensitive questions… We really don’t know so-called political correct.”

Yu reflects that generosity back to her students. She passionately believes in her teaching because she says the Chinese immigrant community does not have the same connection to the past that she sees so lovingly cultivated by her Jewish neighbors.

“I want [my students] to have a new perspective, a new view, on overall Chinese culture.” she says. “I want to know the root.”

An apt analogy, as roots are key to survival.