My first job was at Blockbuster Video. Before I was hired, I went to the store to meet a friend at the end of his shift. His manager told me that he could leave just as soon as all the VHS tapes on the counter were returned to their proper spaces on the shelves. I grabbed an armful of VHS tapes, and once all the bulky movies were in their place, the manager offered me a job. I worked there for two years.

My oldest daughter, Vivian Salvucci, had a bit more difficult path to her first job. Many jobs that I thought of as low- level, entry positions are not open to many high school students; many employers require candidates to be 18 years old and have job experience for customer service roles, and her applications fell into an online abyss that left her discouraged. Vivian needed to show some serious initiative to land her first job, and the opportunity finally presented itself when a new pizza place opened in our neighborhood. She left school and went directly to King Crust with her friend on what they thought was opening day. Opening Day was actually a day later, but the owners, Nidor and Ino Tuhtamisheva, were on the premises. Vivian nervously introduced herself. She had hoped to be among the first students to request a job application, and their timing ensured she was. She was hired within a couple of weeks, along with her friend. 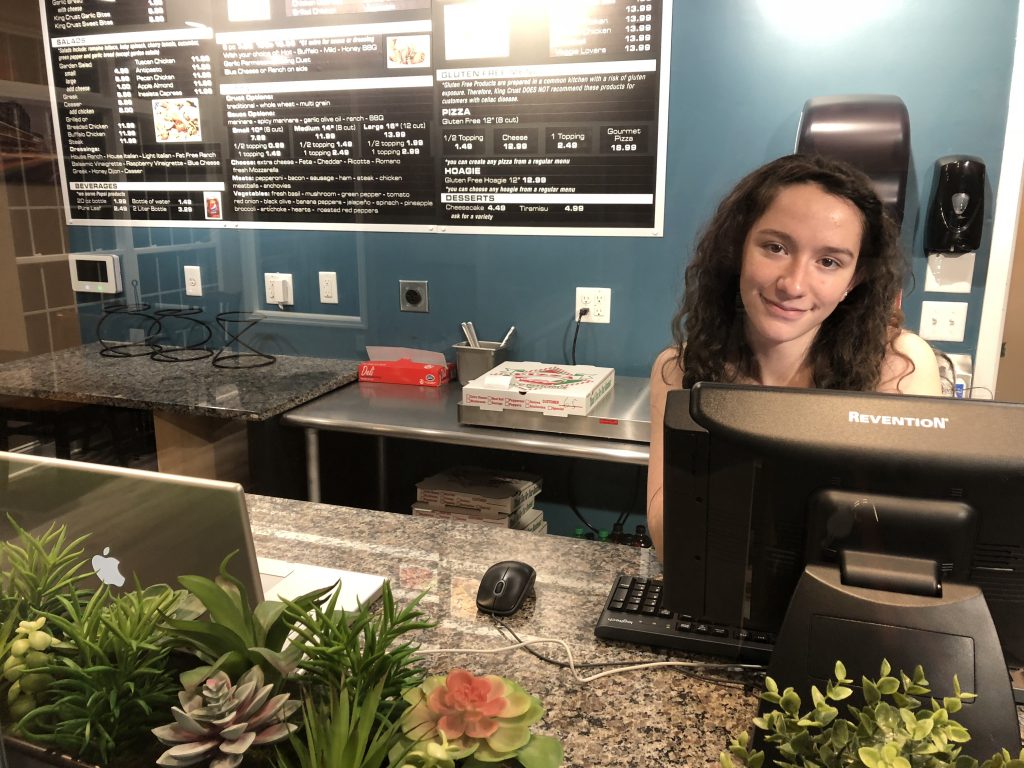 King Crust occupies the old Life Is Sweet building on Bower Hill Road. Unlike my first job, my daughter makes tips, she can walk to work from home, and the owner works by her side. She loves the product that she serves. She enjoys the people she works with, too, and being a part of their team.

First jobs teach us so much about responsibility and working with others. For many of us, they also teach us a lot about working with the public and handling mistakes. Getting the first job, though, teaches us things we can use throughout our lives, too! We learn the importance of initiative and perseverance. We learn to look for opportunities and grab them. And we learn how to deal with the disappointment of rejection until, finally, someone opens a door and welcomes us.