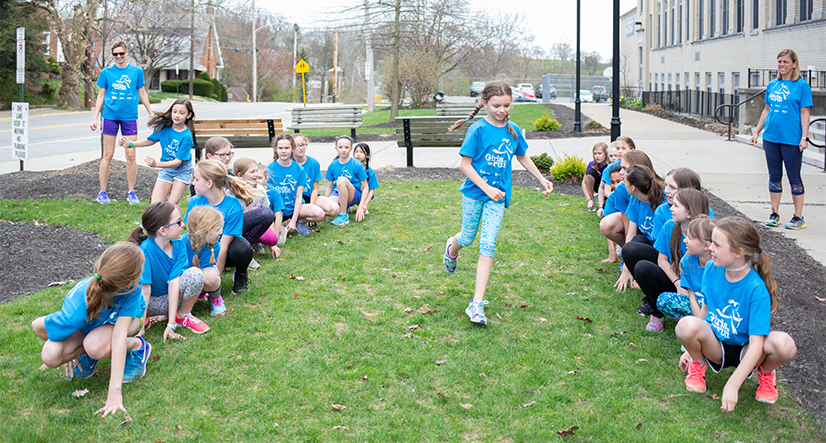 It’s rare to come across anyone involved with Girls on the Run who doesn’t have a story about that girl. Sometimes she’s the introverted one. Eyes down, rarely speaking up. Other times she’s the outgoing one who follows the crowd instead of her heart. Third- to fifth-grade girls who enter the 10-week Girls on the Run (GOTR) after-school program at Howe, Lincoln and Jefferson elementary schools may be largely unsure of who they are, let alone how to express themselves without fear of being labeled: weirdo, geek—anything but cool.

Third-year Howe coach Jennifer Michaels, Parkside Avenue, recalls that girl. “She was kind of following along with some of the other girls and not really finding her own voice,” Michaels says. “By her second year, she openly discussed with us how she was going to do things differently, and as a fifth grader, she took charge. She was one of the ones who was really encouraging the other girls, leading by example. That was really satisfying to see her change her position.”

Although it’s hard to pinpoint exactly what can flip the switch, what the nonprofit GOTR strives to do during 90-minute, twice-weekly sessions is to encourage girls to believe in themselves—to feel confident, even in their differences.

Running is a key part of GOTR, which prepares girls physically and emotionally to participate in a 5K celebratory run at the conclusion. This year’s race was at Hartwood Acres on May 20. But running is only one way  the girls gain confidence and take charge of their destinies. They also participate in dynamic discussions, arts and crafts, storytelling and service projects.

GOTR is not school sponsored—it operates more like a club. It is directed in Western Pennsylvania by Meredith Colaizzi of Magee-Womens Hospital of UPMC, which oversees a “council” of  programs in eight counties. Running is a great core for the program, Colaizzi says, because it can be done alone, as a group or on a team.

But the real goal is to teach life skills, she adds: “Whether you’re fastest, slowest, or middle of the packer, Girls on the Run doesn’t care. We’re there to support you.”

GOTR aims to develop the 5 C’s: Confidence, Care, Character, Connections and Competence—life skills that pave the way for an important fundamental—Contribution. The idea to combine running with these life skills came to founder Molly Barker while on a run, and in 1996, she founded GOTR in Charlotte, North Carolina, with 13 girls. Today, the nonprofit has more than 200 councils in all 50 states, thanks in large part to 100,000-plus trained volunteers who have mentored more than 1 million girls.

Nearly two dozen coaches—mostly women, because the head coach at each site must be a woman—gathered at Magee-Womens for training earlier this year, where they practiced scenarios to prepare for the new season. Head coaches have CPR and first aid certification and all coaches must pass background checks. The training encourages coaches to gain a good understanding not only of the girls but of their environments. It emphasizes inclusion, reminds coaches that  not every girl has a traditional nuclear family, and promotes asking questions and listening rather than assuming what drives a  girl’s behavior
and emotions. 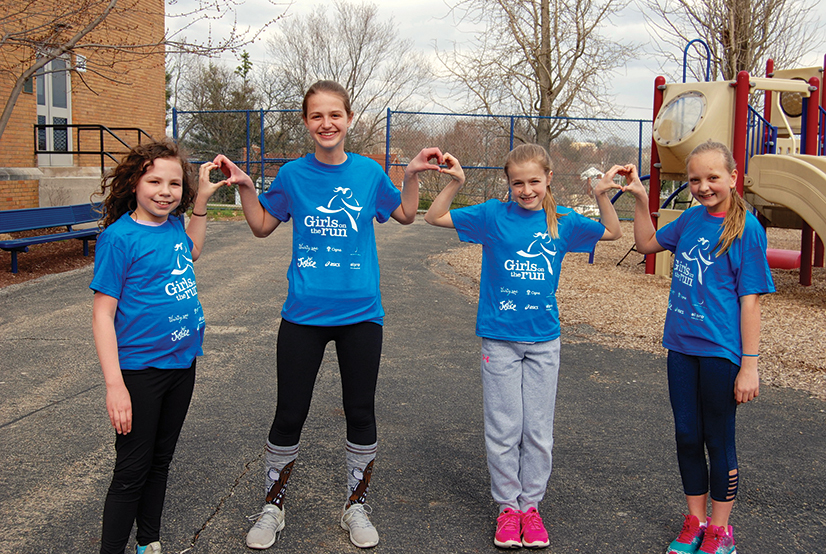 The ratio of coaches to girls is 15:2 or 20:3. At Howe, 25 girls meet with Michaels, her co-coach Kelly Hough and two assistant coaches on Mondays and Thursdays. Each session is part of a research-based national curriculum and has a theme—Star Power, BeYOUtiful, Words Matter, Resolving Conflicts with Friends, or Empathy,
for example.

At Lincoln, where there are two teams headed by coaches Bree Evan and Lourdes Cano (Team 1) and Jacki Hoover (Team 2), the program is  similar but not exactly like GOTR at Howe and Jefferson because all the coaches use the same standardized materials but personalize the lessons and exercises  to fit the needs and interests of the girls. 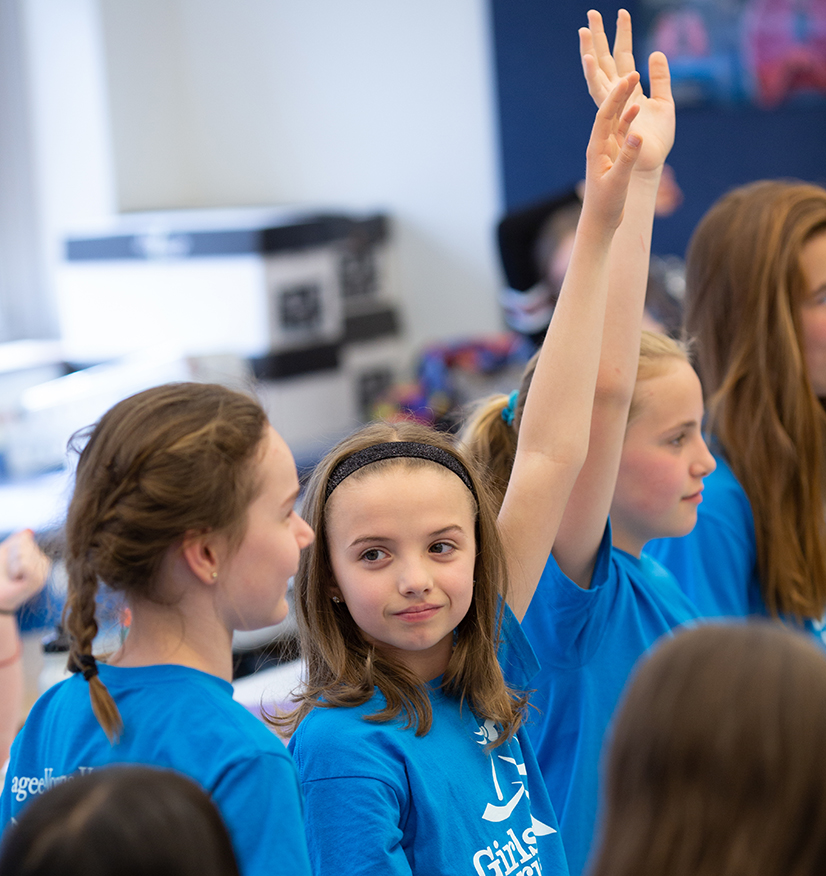 The girls begin by unwinding in a classroom with a snack and talking about the theme. A game or activity around the theme follows. Then they have a warmup and finish with a 35-minute outdoor run that stresses the theme. For the Conflicts with Friends lesson, for example, the Howe girls ran while clutching a piece of paper on which they had written a characteristic they felt exemplifies friendship.

Each GOTR group also  does  a service project. The girls come up with their own ideas for contributing to the community, then select one as a group.  Last year’s  project at Howe involved sprucing up a neglected flower bed, clearing the weeds and other debris to make way for an array of hostas, ferns, perennials and a fresh layer of mulch. The previous year, they raised $300 for Humane Animal Rescue by selling $2 push-up pops at stand set up after school.

All three of coach Rachel Golden’s daughters have participated in  GOTR.  “At the end of the day, being a coach makes you feel so good about yourself because you can see how you’re helping these kids,” Golden says. “It’s a great feeling.”

GOTR costs $210 per girl; however, grants, sponsorships, fundraisers and donations allow for payment on a sliding scale according to household income. The highest fee is $175 per girl, and  scholarships are available. There also is a program for middle school girls called Heart & Sole, but it is not offered in Mt. Lebanon. To learn more about the programs, enroll a child or become a volunteer, go to  www.gotrmagee.org.
Related Stories