With a heavy heart, we repeat a message sent to us earlier this week…

It is with great sadness that the Mt. Lebanon Police Department announces the passing of Police K-9 Sundi. On Sunday, September 16, 2012, Sundi suffered a sudden medical condition while training with his partner, Officer Michael Smakosz. He was rushed to a nearby animal hospital, but did not survive. Sundi, a German Shepherd dog, was born on July 11, 2002 in Budapest, Hungary. He arrived at MLPD in October 2003 and began training with his partner. Sundi proudly served the community from January 2004 until his death on September 16, 2012. Please join us in extending condolences to Officer Smakosz and his family on the loss of a partner and friend. Rest in peace Sundi and thank you for your selfless service. 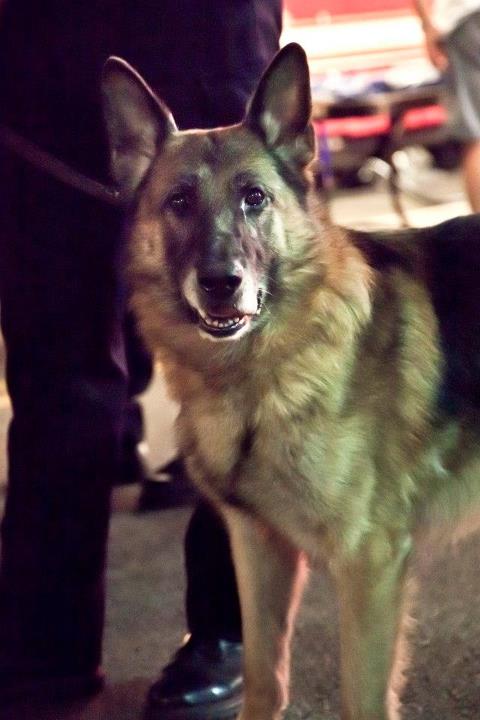 A memorial service will be private at the request of his partner.

If you’re looking for any good from this, take heart…as of Thursday, more than 2,000 people have left expressions of sympathy on the Mt. Lebanon Police Department Facebook page: https://www.facebook.com/mtlebanonpolice?ref=hl. There also may be movement afoot for some type of memorial fund. The department also has applied with the Ben Roethlisberger foundation for a grant for a another dog, although we won’t know the results until after the Super Bowl. We will keep you posted.