ST. CLAIR SUMMER SWING More than 600 guests danced, ate and socialized at St. Clair Country Club at the July Summer Swing gala, themed “A Night in Old Havana,” followed the next Monday by the annual golf tournament. The events raised more than $320,000 to support the hospital, specifically the new $142 million campus expansion, which includes a six-story, 280,000-square-foot outpatient center.

SCHOLARSHIPS Kate Sieber, Pueblo Drive, is the 2018 recipient of the Lt. Terrence Mulkeen Memorial Award scholarship. Sieber  was a member of the Mt. Lebanon High School STEM Academya, Principal’s Advisory Council, Student Council, Triple Trio, Evening Theater Company and Link Leaders. She sang as a soloist for Concert Choir and served as captain of the field hockey team. She also volunteered at St. Clair Hospital, where she completed over 200 volunteer hours and was honored at the Medallion Ball. In the fall, Sieber will attend Bucknell University where she plans to pursue a degree in biomedical engineering. The Mulkeen scholarship has been awarded for the past 27 years in memory of 1977 Mt. Lebanon High School graduate Terry Mulkeen. A fighter pilot for the United States Navy, he was killed in 1991 in the line of duty.

Martha Smee has received a $1,000 scholarship from Baptist Homes. Providence Point residents Jan and Jeanette Smith, donated $50,000 two years ago to create and fund the Baptist Homes-Providence Point Dining Services Staff Scholarship, which is given to two employees every year. Smee, a 2017 Mt. Lebanon High School graduate and rising sophomore at the University of Pittsburgh, has been working in dining services at Baptist Homes since 2016. She is studying biology and pre-med.

MISS SUNSHINE Chloe Griffin, a sixth grader at Jefferson Middle, will play the lead, Olive Hoover, in Little Lake Theatre’s production of Little Miss Sunshine: The Musical, through September 15. The musical is based on the 2006 hit comedy film featuring Steve Carell. She is the daughter of KDKA’s Marty Griffin and Kristine Sorensen.

Dan Joseph, a Mt. Lebanon High School grad who served as one of MTL’s first college interns in 1991, has co-authored Inside Al-Shabaab, the Secret History of Al-Qaeda’s Most Powerful Ally. Published by Indiana University Press, the book will be available in hardcover ($70) and paperback ($28) October 1. Joseph has headed the Washington, D.C.-based Voice of America’s (VOA) African desk since 2005. His co-author, Harun Maruf, is a senior editor in VOA’s Somali Service.

Al-Shabaab is a terrorist organization that operates in Somalia, exercising a Taliban-like rule that experts say threatens the stability of that part of Africa. Amazon.com says the book recounts “the rise, fall and resurgence of this overlooked terrorist organization and provides an intimate understanding of its connections within Al-Queda.” 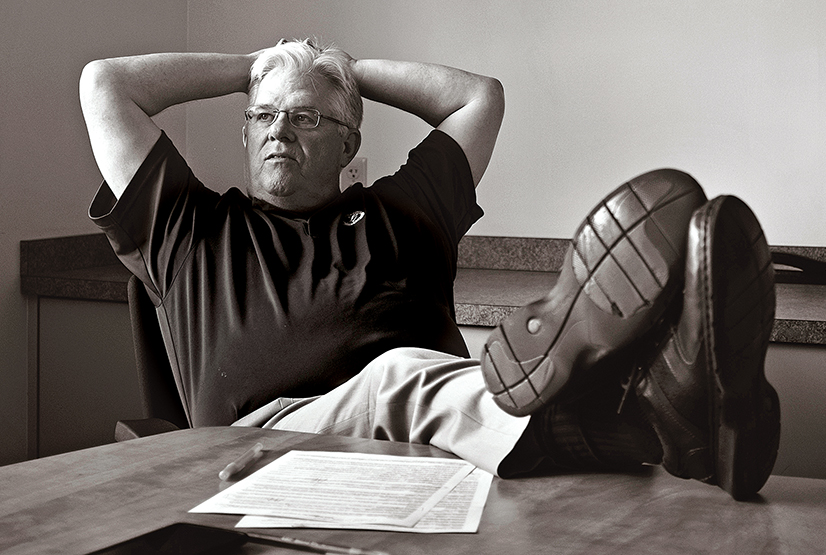 The Press Club of Western Pennsylvania has recognized retired TribTotal Media Managing Editor James Cuddy with the President’s Award for career achievements in the field of journalism.

Cuddy, who grew up in Mt. Lebanon and lives here with his wife, Rose,  worked as an editor and reporter for almost 40 years for five news organizations in Western Pennsylvania.

His career began in community newspapers, working for  Spenley Newspapers in Homestead and Gateway Publications in Bellevue after graduating in 1977 from Penn State. He then worked for the News Tribune in Beaver Falls until it folded in 1979.

Cuddy joined the Pittsburgh Press full-time in 1980, after having worked as a stringer for a short time, paying the bills by tolling part-time in local steel mills.  At the Press, he covered the state legislature, politics and the criminal courts.

After the Press went out of business, Cuddy joined the Tribune Review in 1993, soon after Richard Mellon Scaife created and financed the Pittsburgh edition of that paper. Cuddy, who retired from the Trib in 2016,  served two terms as president of the Press Club of Western Pennsylvania. He also served on the board of the Pennsylvania Associated Press Managing Editors.

A NEW VIBE From the moment her clients step into her salon, Taylor Rebisa says she’s devoted to giving them an one-of-a-kind experience. With the help of her parents, Rebisa has transformed a small space at 1405 McLaughlin Run Road in Upper St. Clair into VIBEsalon, which opened in May. 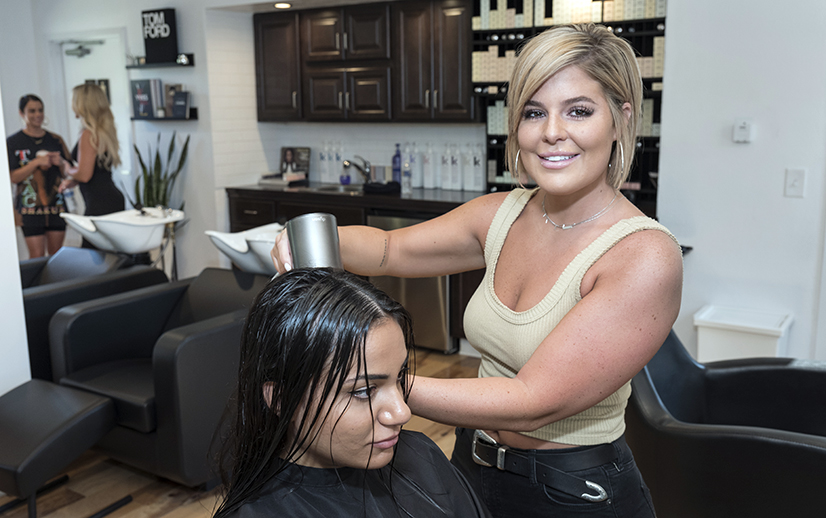 Rebisa, a 2011 Mt. Lebanon High school graduate who now lives in Scott, worked at various salons after attending South Hills Beauty Academy. Her parents, who live on Mabrick Avenue, discovered the space and thought it was perfect for her. Her mom, Deanna Rebisa, worked alongside Taylor’s dad, Jim, to remodel the salon and is now its manager.

Rebisa was hesitant to open her own salon, but encouraged by her parents and friends who are stylists, she overcame self-doubt. “I figured, I have a vision, so I should just run with it,” she says. Her vision was inspired by the experience of shopping at unique boutiques, or discovering great restaurants not everyone knows about. She wants her clients to feel that sense of exclusivity that makes the experience special and personal. “What I love about the industry is that it’s about making people feel good,” she says.

Rebisa focused on details such as lighting candles and using hand towels instead of paper. She loves the homey space she’s created, as well as the client/stylist relationships she’s building.

VIBEsalon’s services range from haircuts and hair coloring to blowouts and hair treatments. Clients book appointments through a smartphone app, rather than calling. The app also sends appointment reminders. “I just feel like with the way the world is developing, people don’t really want to talk to people anymore,” says Rebisa. “I wanted to show that we can evolve with the world.”

VIBEsalon is open Tuesday through Saturday. Download the app and find out more details: www.vibe.salon 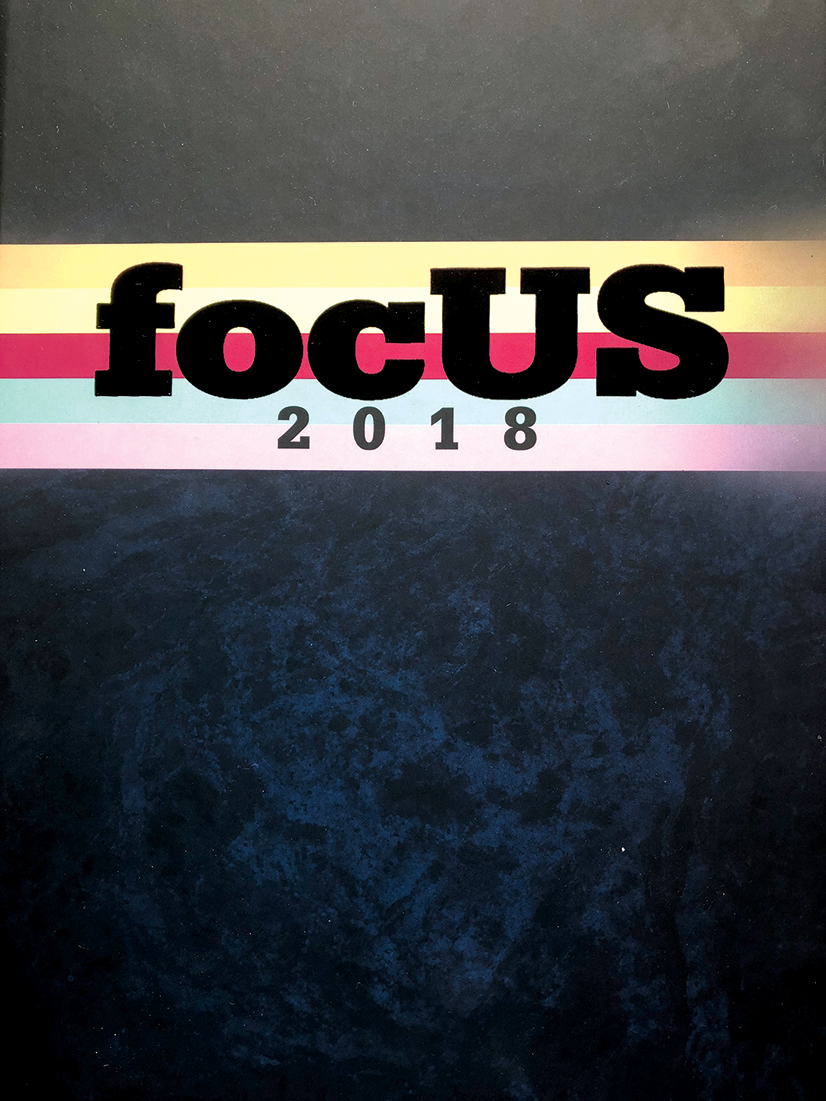 The staff of the Lebanon Log, Mt. Lebanon’s High School’s yearbook, had a goal this past year—inclusivity. And they achieved it. More than half the student body—55 percent—appeared in the book, titled focUS 2018 at least three times.

That was one of the reasons the staff  received the 2018 National Yearbook Program of Excellence Award from Josten, the yearbook’s publisher. The award goes to staffs that create inclusive yearbooks, promote school engagement and successfully manage the creation process.

“While the award acknowledges specific areas where they were successful, I personally feel that [the yearbook students] are deserving of this and so much more because of all of their hard work and dedication,” says English teacher and staff advisor Beverly Jones.

Until the 2016-2017 school year, students who served on the staffs of the high school’s award-winning newspaper, The Devil’s Advocate, and the Lebanon Log, took the same credit course. In 2016, yearbook became a separate course.

“[The class] has been creating itself as it goes along,” says Jones, who teaches the course. “Every day, we reflected and made changes to what we were doing to be more efficient and organized.”

The first year, the yearbook course had 16 students. This past year, 26 students were involved, with Blair Nelson as the staff’s editor-in-chief, a role that has beenpassed along to Noel Awad this year. “I’m very excited to say that [for 2018-19], we have 60-plus students,” says Jones.

DENIS DOWNLOAD A couple of fun ways to support the Denis TheatreFoundation. On Friday, September 14, the Foundation will hold a fund-raiser at Mindful Brewing in Castle Shannon. Details were still in the planning stages at press time but should be on the website, www.DenisTheatre.org.