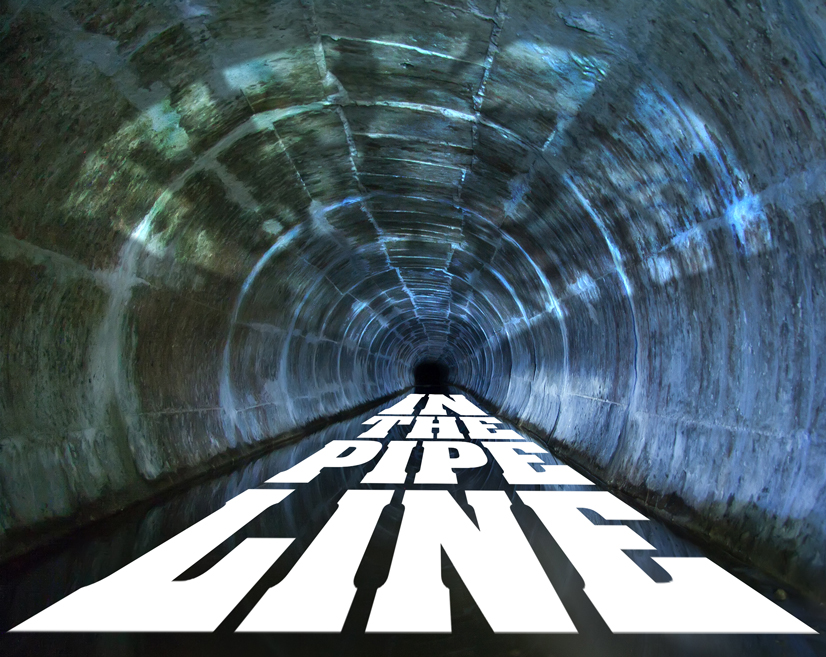 Sanitary sewers carry wastewater from homes and businesses to a wastewater treatment plant where it is filtered, treated and discharged. Mt. Lebanon is responsible for about 160 miles of sanitary sewer pipes.

Storm sewers are networks of pipes and catch basins that collect runoff from rain storms and channel it untreated into streams and rivers. Mt. Lebanon has 75 miles of storm sewer lines and more than 3,000 catchbasins that feed the storm system.

Two separate systems, but in the case of extreme weather, such as the June 20, 2018, rain storm—a storm that dropped 2½ inches on Mt. Lebanon in just an hour, and topped out at 3 to 4 inches, resulting in more than 60 emergency calls—stormwater that finds its way into basements can drain into the sanitary system, overloading it, causing backups and combined sewer overflows, where stormwater mixes with raw sewage.

Even without a mammoth storm, storm sewers often exceed their capacity. About 14 percent of Mt. Lebanon’s surface area is impervious—streets, driveways, patios, parking lots, swimming pools and other structures that don’t absorb rain or snowmelt the way uncovered natural surfaces do. The excess water runs off into an already overburdened storm water overflow system, often causing flooding and carrying litter and other forms of pollution into streams and rivers. And where do we get our drinking and cooking water?
The rivers.

Mt. Lebanon and all the other Allegheny County Sanitary Authority (ALCOSAN) communities are under a federal mandate to do as much as possible to reduce water pollution and to keep storm and sanitary sewers separate. The mandate requires Mt. Lebanon to secure a Municipal Separate Storm Sewer (MS4) permit, a federal permit required for the discharge of municipal storm sewers. Conditions of the permit include implementing pollution control measures and a closed-circuit TV survey of all municipal sewer pipes to show their connectivity and document their condition.

ALCOSAN signed on to the consent decree in 2008, pledging to repair broken sewer lines and take other actions to eliminate all sanitary sewer overflows and significantly reduce the occurrence of combined sewer overflows, to be accomplished by 2026. Its original plan, presented for public comment in 2012, was met with widespread resistance, from municipalities who were concerned about the $3.6 billion cost and from residents who wanted to see the authority incorporate greener technologies.

ALCOSAN negotiated a modified consent decree with the federal government, which allowed for a 10-year extension for the first phase of the project, which would eliminate seven billion gallons of overflow a year, at a cost of $2 billion. Currently, about 9 billion gallons of stormwater contaminated by raw sewage flows untreated into Allegheny County waterways. That’s almost 25 million gallons a day.

To incorporate environmentally friendly technology  into the  plan, in 2016 ALCOSAN created the Green Revitalization of Our Waterways (GROW) program to provide funding and technical assistance for green infrastructure projects.

This year, Mt. Lebanon received two grants totaling $524,387.88 from GROW for green infrastructure projects, on Altoona Place and Shadowlawn Drive. The Altoona project, completed several years ago, re-routed sewers from under homes, through parallel sanitary and storm sewers; on Shadowlawn, lining trunk line sanitary sewers is expected to prevent groundwater from flowing into the sanitary lines.

As Mt. Lebanon reapplies for a new MS4 permit next year, it will require a pollution reduction plan and total maximum daily load plan, which determines the maximum amount of pollutants a system can absorb while still meeting water quality standards. Both plans need to be implemented by 2024.

Matt Bagaley, engineer with Gateway Engineers, Mt. Lebanon’s municipal engineering firm, says the main thrust of the pollution reduction plan will be to reduce the amount of sediment and phosphorus that result from heavy storms. Sediment levels increase because dirt is washed into the system, while the increased phosphorus levels come from a variety of sources, such as lawn chemicals, pet waste and detergents from washing cars in driveways instead of taking them to commercial car washes, where the wastewater goes directly into the sanitary sewer system.

For years, Mt. Lebanon paid for repair to its stormwater sewer system from its annual operating budget. As repair bills mounted, Mt. Lebanon was looking for a better funding vehicle. The $100,000 to $150,000 a year we were allocating was barely enough to (sorry about this) keep our heads above water.

In 2011, the Mt. Lebanon Commission voted to establish a stormwater fund by collecting a small annual fee from property owners based on their amount of impervious property. The fee, implemented the following year, provides funding for operations and maintenance of the stormwater infrastructure, administration of Mt. Lebanon’s federally mandated municipal permit requirements, engineering and technical review staff, and design and construction of capital improvements. Single-family households are assessed a monthly fee of $8. You can get a one-time $50 credit by installing a rain barrel on your property.

Although the proposed fee was initially met with disapproval, it has been such a success that several other local communities, including Fox Chapel, Plum, Monroeville and Dormont, have implemented the same thing. Pittsburgh Water and Sewer Authority also has been considering implementing a stormwater fee.

One advantage of assessing a fee as opposed to funding stormwater improvements from the operating budget–—which receives more than a third of its revenue from property tax—is that entities that are exempt from paying property taxes still must pay into the fund.

The fund collects about $1.5 million a year. Since 2012, Mt. Lebanon has spent nearly $10 million on storm sewer projects, including repairs and improvements to existing storm sewers, storm sewer extensions, and reconstruction of curbs, which are instrumental in directing the flow of stormwater, containing and directing stormwater flowing from driveways and roof drains into inlets along the street and stormwater pipes that flow into streams. Curb reconstruction accounts for $3.84 million since 2012.

Mt. Lebanon works with Gateway Engineers to come up with a capital plan that details all of the projects planned for the year.

Some of the work is done in conjunction with the road reconstruction program—this year, storm sewers were installed and drainage improvements were made at Bridgewater Drive, Duquesne Drive, Elm Spring Road, Hilf Street, Lovingston Drive, Moreland Drive, Pembroke Drive and Pinewood Drive.

Other storm sewer work this year included a storm swale at the golf course, designed to intercept stormwater from the steep portion of the course and redirect it to a stream beyond nearby homes, to keep them from flooding. Other storm sewer projects this year were point repairs throughout the system; repairs on Moreland Drive; a storm sewer connection on Vallevista Drive; and a continuation of emergency repairs at the public works yard, caused by the  massive rainstorm in June 2018.

Following that storm, Mt. Lebanon decided to re-prioritize its capital stormwater projects, taking a more proactive approach to anticipating and minimizing flooding and sewer backups following big storms: Sanitary and storm sewers, respectively, were given top priority. After that came mitigating the effects of stormwater to property. Lowest priority was mitigating the effects of stormwater that were not directly related to property.

As part of the plan to mitigate effects on property, one project in the works for 2020 is the installation of storm sewers in the backyards of some places on Ella Street and Chalmers Place, to alleviate flooding that happens during big storms.  Also planned for next year is the continuation of work on Woodhaven and Forest Glen drives, stream restoration projects in Bird Park and on Thornwood Drive, and completion of emergency repairs at the public works yard.

Mt. Lebanon is considering an ordinance that would require homeowners who want to sell their homes to have their lateral sewer lines tested, and higher levels of damage repaired, before the property can be transferred. Residential laterals carry wastewater such as sink/disposal water, shower water, dishwasher/washing machine water and waste from toilets to the municipal sanitary sewer lines. The proposed ordinance was discussed in the first half of 2019, but in June commissioners tabled the proposal to wait until they see what the mandates will look like.

Mt. Lebanon is also in the process of pricing and creating a work plan for the possible rerouting of sanitary and storm sewers on Banksville Road. “It’s not an immediate problem, but it has potential to be one,” says Bagaley.