When I saw news reports of 100 cats living in squalor on Pennsylvania Boulevard, most of which had to be euthanized, I was sad—not just for the cats but also for the neighborhood. You see, the house where the cats were abandoned is the other side of the double where I lived before my parents bought their first home.

“Upper Pennsy,” as we called the high side of the street that even today is bisected by transit tracks, was a nice neighborhood for kids. There were single-family houses, but there also were many doubles that served as launch pads for families like mine that were searching for “forever” houses or for the long-gone junior executive breed that was transferred every year en route to “home office.”

Pennsylvania Boulevard was a nice place to wait for the future. The back alley was great for bike riding. An empty lot provided a playground for kickball, hide ‘n’ seek, tree climbing and sled riding. The front sidewalk was a roller skating speedway, and the wooden trolley trestle above Castle Shannon Boulevard at the street’s end was scarier than a haunted house—could we run across the slats (don’t look down) before the 42-38 rattled down from the loop and squashed us? 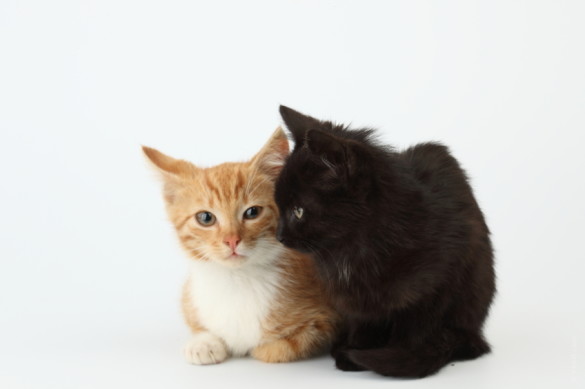 Our neighbors, both owners and renters, took pride in their houses, planting flowers, weeding the steep slopes and decorating the interiors inexpensively with whatever was the old-fashioned version of IKEA style. On hot days, moms chatted and tanned in the backyards, while kids played Monopoly or Gin Rummy on the porches and begged to cut through the woods to McKeans’s (where Hitchhiker Brewery is now) for five-cent ice cream cones. At 5:30, we’d line up on the steps across from the trolley stop to see whose dad hopped off the streetcar first, felt hat in hand.

Our family had a tabby cat named Sweetie. The next-door kids (we could talk to them through a hole in the clothes chute) had a Dalmatian named Duke. We watched out for each other, pets and people.

I regret the cats’ demise but I am glad the situation was addressed. Everyone, including cats, should have a safe, clean place to live.

Pennsylvania Boulevard holds fond memories for me. I hope the street is still a place where families become friends and residents of all ages enjoy the neighborhood as much as I did.