If you grew up in Mt. Lebanon in the ’60s, as I did, chances are you frequented National Record Mart on Mt. Lebanon Boulevard, the source of all things rock ‘n roll. It was there I bought my first 45, Chad and Jeremy’s Willow Weep for Me. It was there I found my first Beatles albums, Meet the Beatles and Twist and Shout, while my patient dad waited outside in our Ford Fairlane station wagon.

Although it was named the Lebanon Shops, the shopping center is in fact located in Castle Shannon. It was the site of numerous other stores that served useful purposes: G.C. Murphy’s, Ruby’s Cleaners, Graham’s Bakery, the card shop, the shoe store, the drug store.

I am retired now and back in Mt. Lebanon after decades living in the New York area. Record stores have mostly gone the way of buggy whips, but imagine my surprise when I drove by Lebanon Shops again and discovered that Ruby’s Cleaners, the pharmacy, Graham’s Bakery, and the card store were still there! I was floored. The little post office is there, too, tucked under the stairs to the second floor. 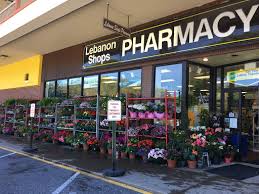 I’m sure those businesses have adapted with the times, but when I go into Graham’s, I wonder. It seems not to have aged at all. Or rather it seemed timeless in the ’60s and looks the same today. The same ladies in white uniforms, the same plain white boxes, the same walnut rings and iced doughnuts. (The age of macarons and gluten-free baked goods has evidently passed Graham’s by.) I haven’t tried their white sandwich bread since the ’60s, but I’m guessing they still put it through that slicing machine that always fascinated me.

My memory has faded about many other stores that were there. I remember the store where we used to buy school shoes, but can’t recall its name. In kindergarten, I got a pair of red rubber rain boots there that subsequently got sucked into an escalator stair as I stepped off, causing years of escalator-phobia. There was a Kroger’s where the Planet Fitness is now, and we used to get prescriptions delivered from the pharmacy in Lebanon Shops. Murphy’s, which we called “the dime store,” was a wonderful source of presents for birthdays and Mother’s Day for kids short on allowance money, as I often was. 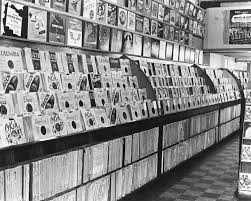 Like much else about my return to Mt. Lebanon, the images pass back and forth between past and present. Sometimes when I’m in Ruby’s dropping off my husband’s sweater, I suddenly remember bringing my beautiful dress to be cleaned after the junior prom. I never walk into the Hallmark shop without thinking of all the birthday cards I bought over the years there.

But it was National Record Mart that truly defined my adolescence and initiated my lifelong love of popular music. I would listen to KQV and immediately want to get the new album by the Rolling Stones or The Who. Getting there was a matter of negotiating a drop-off while my mother did grocery shopping.

Somewhere, down near the end of Lebanon Shops, surely there’s the ghost of a seventh grader clutching a new album to her chest and eager to get home, about to hear She Loves You for the first time.