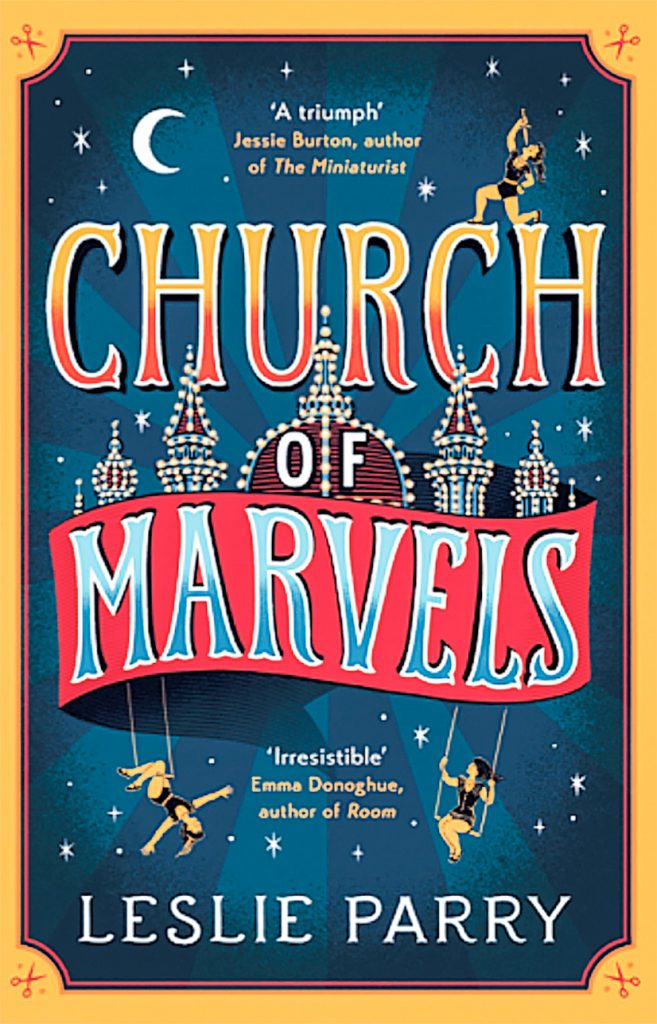 This “Church” is not a church, but a Coney Island sideshow run by matriarch Friendship Willingbird Church. Her story of marvels begins when she leaves her family in Punxsutawney to enlist in the Union Army as a man to avenge her brother’s death. An injury threatens to unmask her as a woman, but she escapes and later goes on to New York City. Along with her twin daughters, she’s joined by gender bender Aldovar and four-legged Georgette. Odile-on-the-Wheel spins as knives are thrown at her, while her twin sister Belle “the Shape Shifter” contorts her body and plays the piano upside down. They are a joyful community of misfits making things work in their own way. The year is 1895 when the sideshow burns down and their fairytale (modest as it was) comes to an end.

Church of Marvels intertwines the story of the Church sisters with those of Alphie, a former prostitute turned respectable wife when she marries the local undertaker, and Sylvan, a twice orphaned “night soiler” who makes his way cleaning outhouses. Throughout their adventures in New York’s harbors, bars and opium dens, the four are drawn into a staggering sprawling genius of an ending. The glories of old New York are, admittedly, not so glorious: Parry is honest about how violent a time it was. The reader, on the other hand, has to set aside any personal moral qualms with the whole principle of the humans-on-display aspect of the sideshow. The selling of crime, drugs, human bodies and worse are rendered lucidly, if also perhaps overly sympathetically.

We meet 19-year-old Sylvan in chapter one. Accustomed to looking for bits of jewelry and crockery accidentally thrown down the privy, when his shovel hits something hard, he proceeds with care. It’s a good thing he moved slowly: it’s a baby. He can’t bear to take her to the convent orphanage to leave her, as he was abandoned, to wonder at her provenance. He sets out to find out her truth. Leaving Sylvan, chapters alternate back to Belle and Odile and Alphie. A substantial span of the book takes place in the gothic terrors of the 19th Century real-life Blackwell’s Island Lunatic Asylum, where one character is kept alive by force-feeding and another wakes up remembering only pieces of how she got there. The source material came from Pittsburgh native reporter Nelly Bly, who spent 10 days there undercover in 1887. In flashbacks from her incarceration, we go with Alphie as she looks for her husband in opium dens and bars. Her mother-in-law’s Italian insult, il mostro, the monster, echoes in Alphie’s mind, as she waits desperately for her husband to come rescue her.

Like Belle the Shape Shifter, some of the heroes turn out not to be so heroic, and the scarier characters turn out to have a heart, after all. The lovely thing about the book is that it’s not like the sideshow it portrays, looking for an easy smile or leering laughter. The characters each in their own way, pass through their happy endings on to a deeper wholeness. Parry creates supernatural beauty out of the most broken places. The characters were fully, abundantly, gloriously human, even in the midst of shattering inhumanity. May we all have such grace and faithfulness to our desires and to those we love. 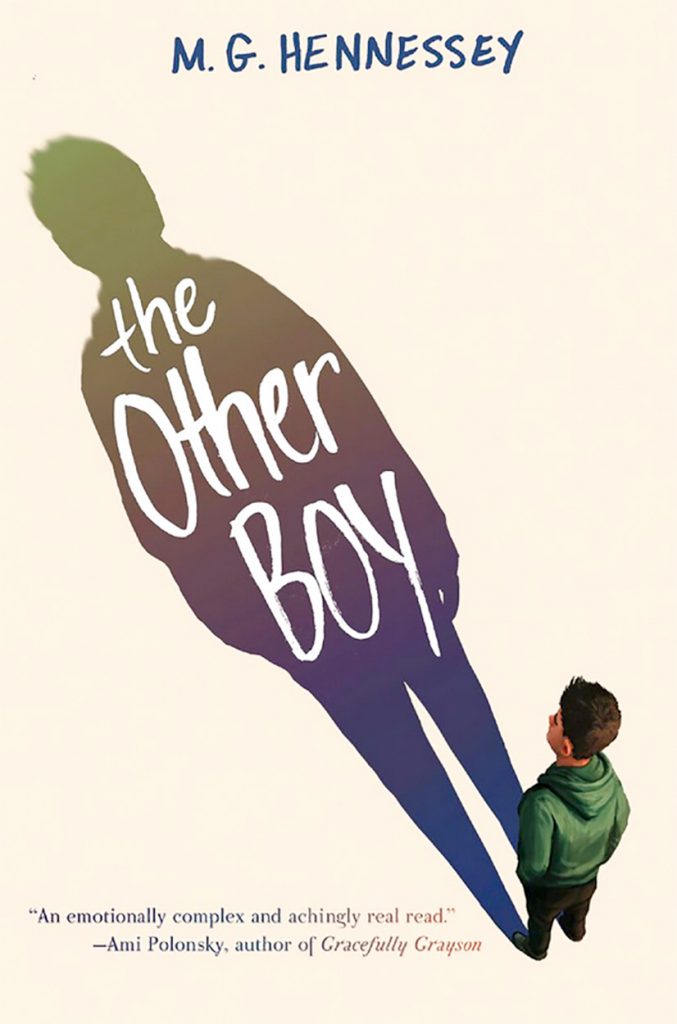 THE OTHER BOY M.G. Hennessey

Like last month’s offering for kids, this month’s is also for the more advanced middle school reader.

It’s not hard reading, but at 233 pages, younger kids might lose focus and parents might want to frame the story from their own perspective. Shane Woods is a 12-year-old who feels best on the baseball field. He’s working on a graphic novel and still—sometimes!—enjoys hanging out with his mom. He struggles with his relationship with his dad and his soon-to-be stepmother. He’s a regular kid. And he’s a transgender kid: he was born female, but transitioned socially when he moved to his new school three years before.

As Shane begins his teenage years, the questions about what it means to be a growing boy in the world become more complicated. One thing I really enjoyed about Hennessey’s book is that it’s not just a successful narrative of “Oh, look, trans kids are just like other kids” but that it invites the reader into the real emotional life of a pre-teen. As a mother of a 10-year-old, I just enjoyed hanging out with a sensitive, clever, brave kid like Shane. Simply, directly, and in the loveliest way, we meet him and his struggles and joys.

It’s clearly written for kids, but it doesn’t skimp on skillful narration. When Shane experiences the pain of bullying and the joy of friends coming through for him, we’re right there with him, crying and cheering. The book invites us into a sympathy and solidarity the world needs more of, without being preachy or overly didactic. A pleasure.