If you thought there was nothing fun or interesting about supply chain management, you’d be wrong.

But on the days when his major and minor may be a little boring, he can spice things up in New York City, where he works as a model.

Maloney’s interest in modeling developed as a result of the feedback he received on his senior photos.

“My mom posted them to her Facebook and so many of her friends were saying like ‘Oh he should be in modeling!’ Just being nice. And my mom was telling this to my dad and he was just like ‘you know what? Maybe he could be a model,’” said Maloney. Two days later, they sent an application to Wilhelmina, a prominent global modeling and talent agency based in New York City, and he signed a contract shortly thereafter.

Maloney’s parents, Linda and Jim, live on Crescent Drive, where they raised their three children. Maloney grew up just a couple of blocks away from Elizabeth Lake, another 2020 graduate who is modeling. In fact, they’ve known each other since preschool. 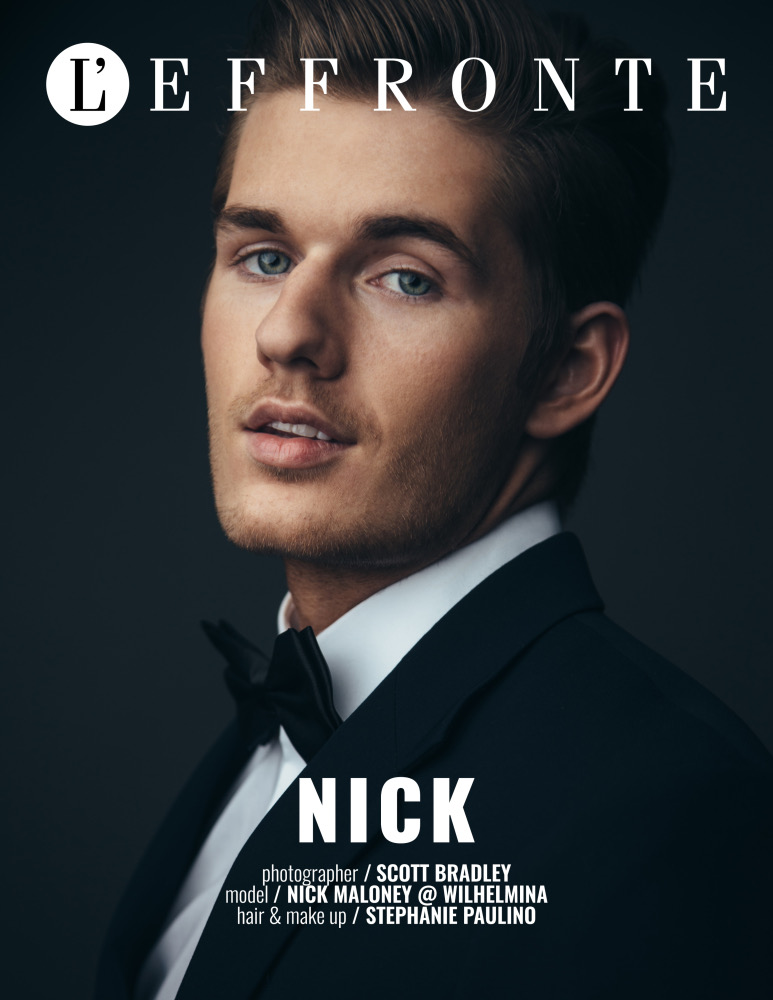 Maloney, who was heavily involved in sports from a young age, went to Markham Elementary and then Jefferson Middle School, where he played basketball, baseball and football. He played a couple of seasons of football in high school before deciding to pursue another passion—body building.

“Eventually, my senior year, it just took over … and all I wanted to do was work out and stay in the gym, rather than go on the field,” said Maloney.  “To me, [modeling] is really a cool way to just show off your physique and what you worked so hard for.”

He completed his first portfolio shoot for Wilhelmina in New York just before the lockdown in March 2020, but then work in the industry mostly dried up as the world took on the COVID-19 pandemic. That worked for him, though, as he had been planning to go to college after graduation.

He started at Penn State that fall. He was able to focus on his studies while the modeling industry and COVID-19 fluctuated. Primarily a sports and fitness model for Wilhelmina New York, there were many times that mandates would have kept him from actually entering New York City. But when he could, remote learning made it easier for him to accept modeling jobs.

“I really liked this one shoot with Tommy Hilfiger. It was for their fall line … All of them were super nice, and it was more of a video style of shoot. So me and this one other guy, we would both try on outfits and then they would have one of the representatives go over the clothing and we would take videos,” said Maloney, who has been interested in videography since he was a kid.

Now more than two years into his modeling career, he feels he is at a critical point. He is going to spend the summer in New York, focusing on modeling. From there, he may decide to press pause on his education.

“If I’m able to … I’m going to capitalize on my physique right now and the time I have to actually do this,” said Maloney, adding, “It really is a full-time career. In order for me to move up, it’s just about being more available.”

In the meantime, when he’s not in class, you’ll find him at the gym, where he spends up to three hours a day, six days a week. On Sunday, his rest day, you might also find him there, as that’s his day for cardio.

His advice for getting fit? “It’s all diet. You can go to the gym, and you’ll see changes, but diet is the main thing.”