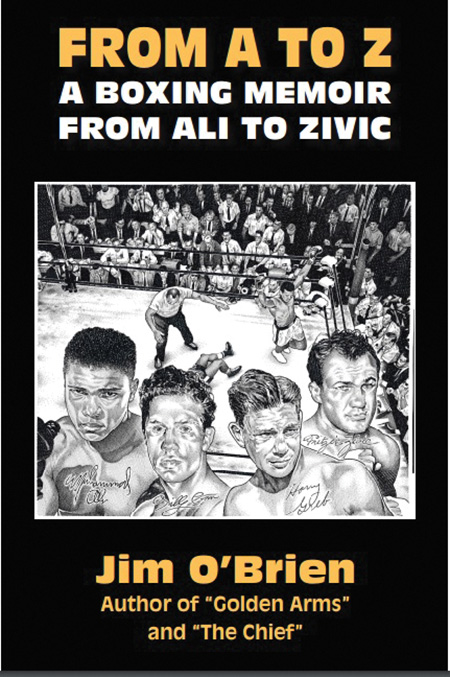 Sports author Jim O’Brien, who has occasionally written for this magazine, has come out with yet another of his Pittsburgh Pride tomes—this one titled From A to Z: A Boxing Memoir from Ali to Zivic.

Maybe people may not know that Pittsburgh once was one of the best fight towns in America, and for a sports writer, covering boxing was as great a beat as covering baseball. Over his long career, O’Brien has had many opportunities to meet and interview famous boxers, and he shares his anecdotal memories in this new book, his 16th.

Several of the chapters have Mt. Lebanon connections. The chapter about Muhammad Ali includes the often told, often exaggerated and usually factually
incorrect story of when Ali tried and failed to buy a house in Mt. Lebanon. O’Brien tells it pretty straight, considering that no one ever has really been able to document all the details of the failed transaction in Virginia Manor that ended up with Ali buying a house for a friend in Mission Hills. O’Brien also includes a heart-warming story about Ali’s surprise visit in the ’70s to the son of a friend in his classroom at Mt. Lebanon High School. (The boy’s classroom teacher told us this story when Ali died last year but asked us not to publish it because it was so long ago, she was not sure of all the details).

In addition, O’Brien shares Mt. Lebanon resident Art Rooney Jr.’s recollections of his father, Steelers founder Art Rooney’s, involvement in boxing. And O’Brien tells the story of Fritzie Zivic, the tough, Lawrenceville-born boxer who won the welterweight championship of the world at Madison Square Garden in 1940. Zivic and his wife, Helen, eventually moved to Mt. Lebanon, where they raised their three children.

O’Brien’s book is $29.95 plus $3.75 mailing. For information about his new book, visit www.jimobriensportsauthor.com. To order a personally autographed copy, email jimmyo64@gmail.com or call 412-221-3580.