On weekdays, he’s a high-stakes class action litigator. On weekends, he’s a second grade soccer coach for the Mt. Lebanon Rec Department. But when he can carve out a few minutes for his guitar and harmonica, Ben Sweet is the lead singer/songwriter for Southside American, making music that Sweet’s bio says “infuses Americana roots with lo-fi rock to create songs that reflect his life.”

In September, Southside American released its first EP, a six-track solo performance by Sweet, titled In Our Keystone State.

A 1993 Mt. Lebanon High School grad, Sweet lives on Mohawk Drive with his wife, Sarah, an elementary guidance counselor for South Fayette School District, and their sons, Riley, 10, and Will, 7. He always loved music but only began playing and writing it after he was diagnosed with Type I diabetes while at Dickinson Law School about 13 years ago.

“That was a very difficult period in my life, “ he says. “Getting diagnosed led me to thinking about living life more fully and taking up new challenges with a sense of urgency I hadn’t had before.” 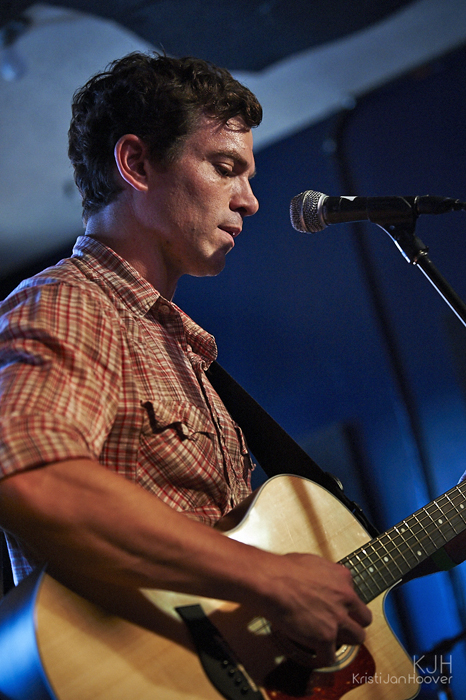 Sweet says he started “screwing around with a guitar,” but quickly realized he didn’t know much about music. So he asked his friend and one-time Philadelphia neighbor, Jonathan Miller, “a virtuoso guitar player” who is now a record producer, to explain how music works. That led Sweet to a serious study of music theory and, finally, to be able to “hear melodies and then write lyrics.”

He recorded a demo tape in his soundproofed basement and sent it to Miller. Miller liked the distinctive indie rock sound and agreed to co-produce the EP, which Sweet recorded with session musicians under the Wednesday Record label at Miller’s studios in Santa Barbara, California.

Songs included on In Our Keystone State speak to “snippets” of his life, Sweet says. Ocean Deep is about fatherhood, for instance, and Godspeed bemoans a lack of civic engagement. The album, which he considers to be a sort of musical “tapestry,” has received favorable reviews. Artist-Direct, the online digital media company, said Angel of the Night, a tribute to Sweet’s wife, has “a lived-in vibe with the harmonicas, and it reminds us of rootsy American music. Think Bruce Springsteen or [the country punk rock band] Lucero… sort of.”

Recently, Sweet expanded Southside American into a five-member band, including another guitar, keyboard and drums. Sweet and his band mates Quinn Riordan, Dan Styslinger, Brandon Lehman, Dean Henry and Kristin DiStefano have performed locally at places such as Club Café and Hambones and are fast gaining fans. They’ll be at Smiling Moose on East Carson Street on the South Side on Friday, December 6. (Tickets are $7; doors open at 9 p.m., and the show is at 10.)

Sweet is not about to give up his day job as a lawyer with Del Sole Cavanaugh Stroyd or to shortchange his family. Music is his avocation. “I’m having a great time…. getting a great response,” he says. “This is a pure outlet. My ego is not tied up in it.

In Our Keystone State is available through iTunes, on Spotify or at www.wednesdayrecords.com as a CD or on vinyl. (You can also purchase a Southside American T-shirt there for $10.) Half the proceeds from sales of the EP will go to the Juvenile Diabetes Research Foundation, where Sweet has served as a member of the board. Follow them on Facebook at www.facebook.com/SouthsideAmerican.