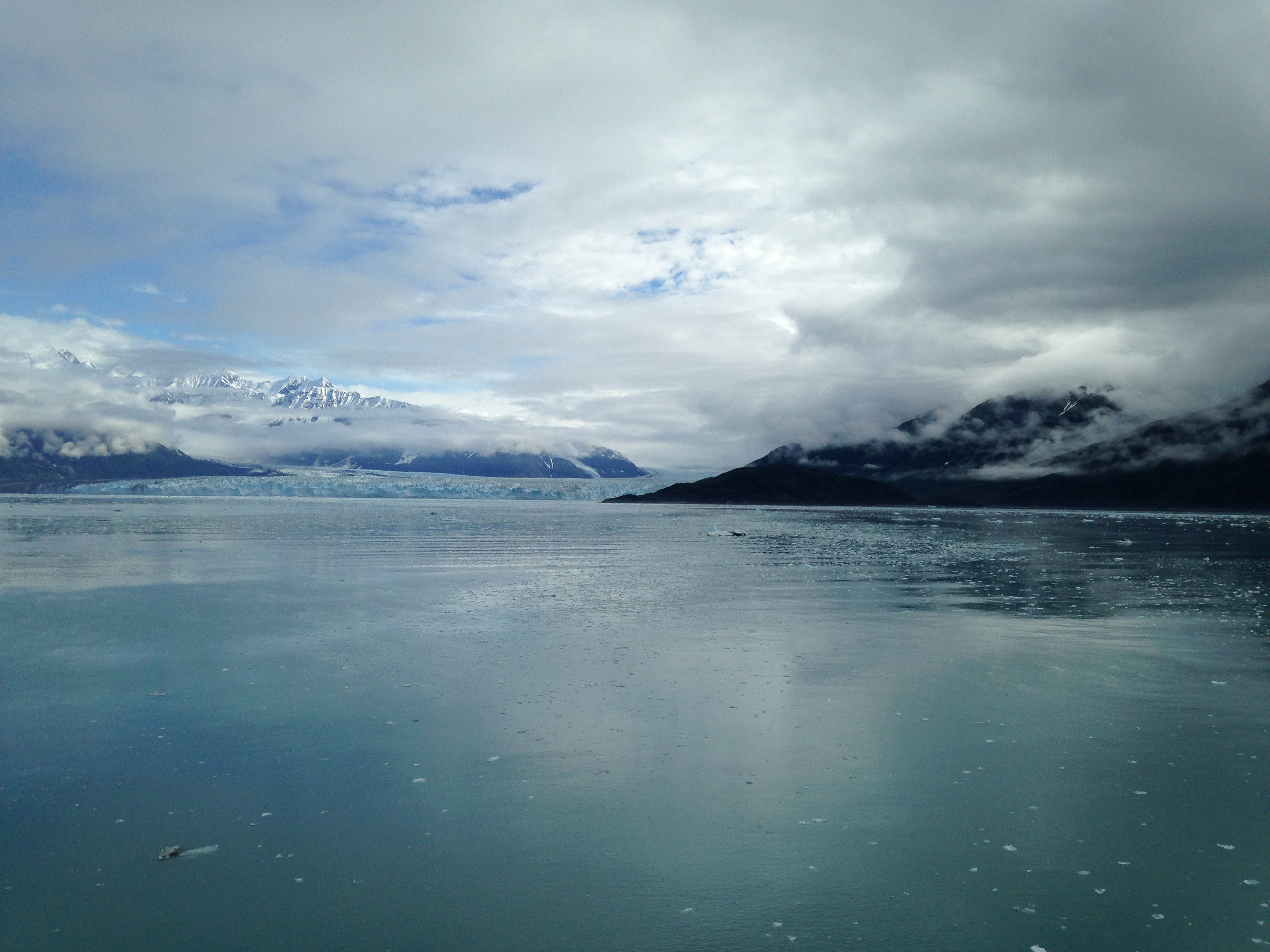 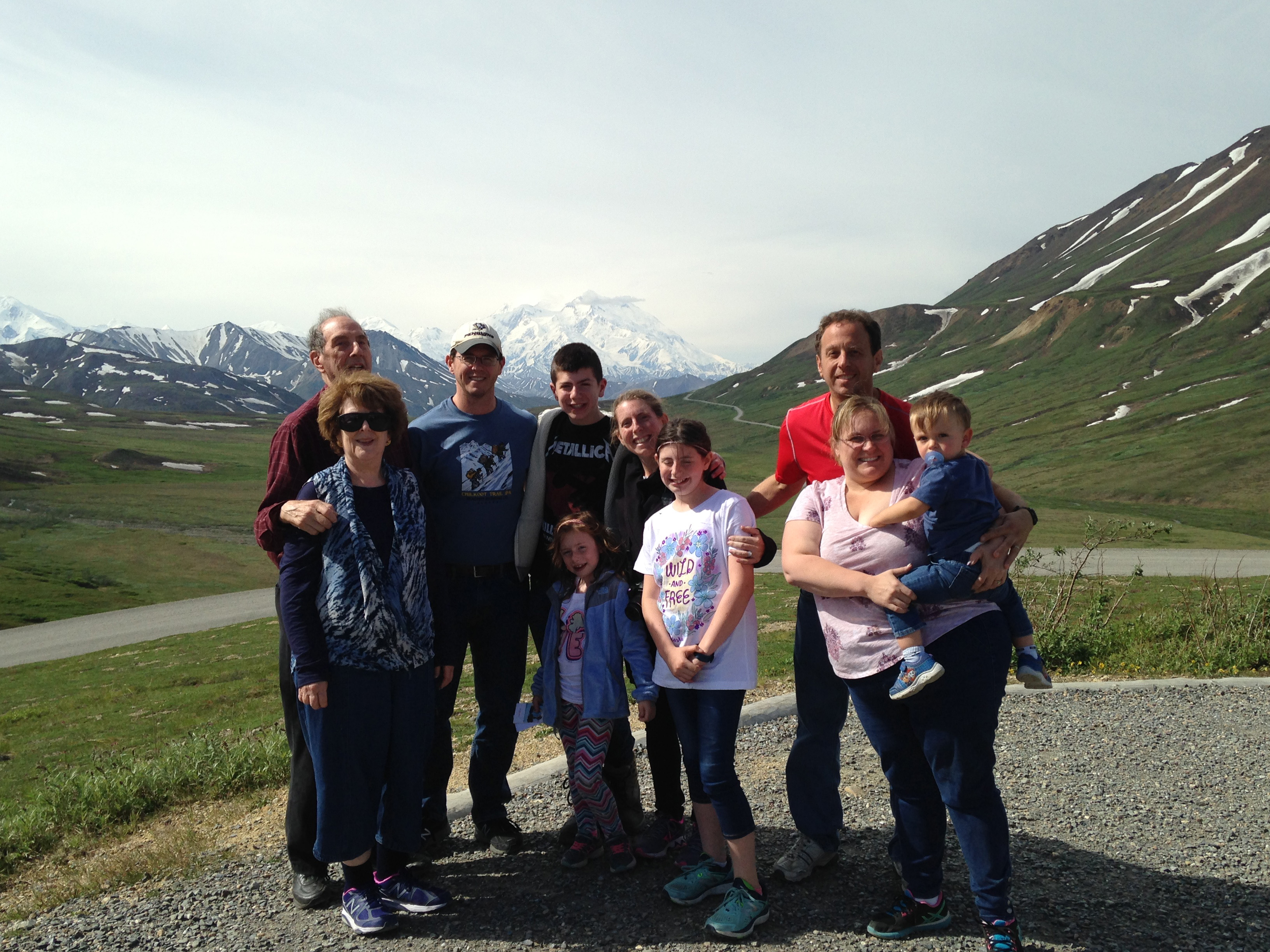 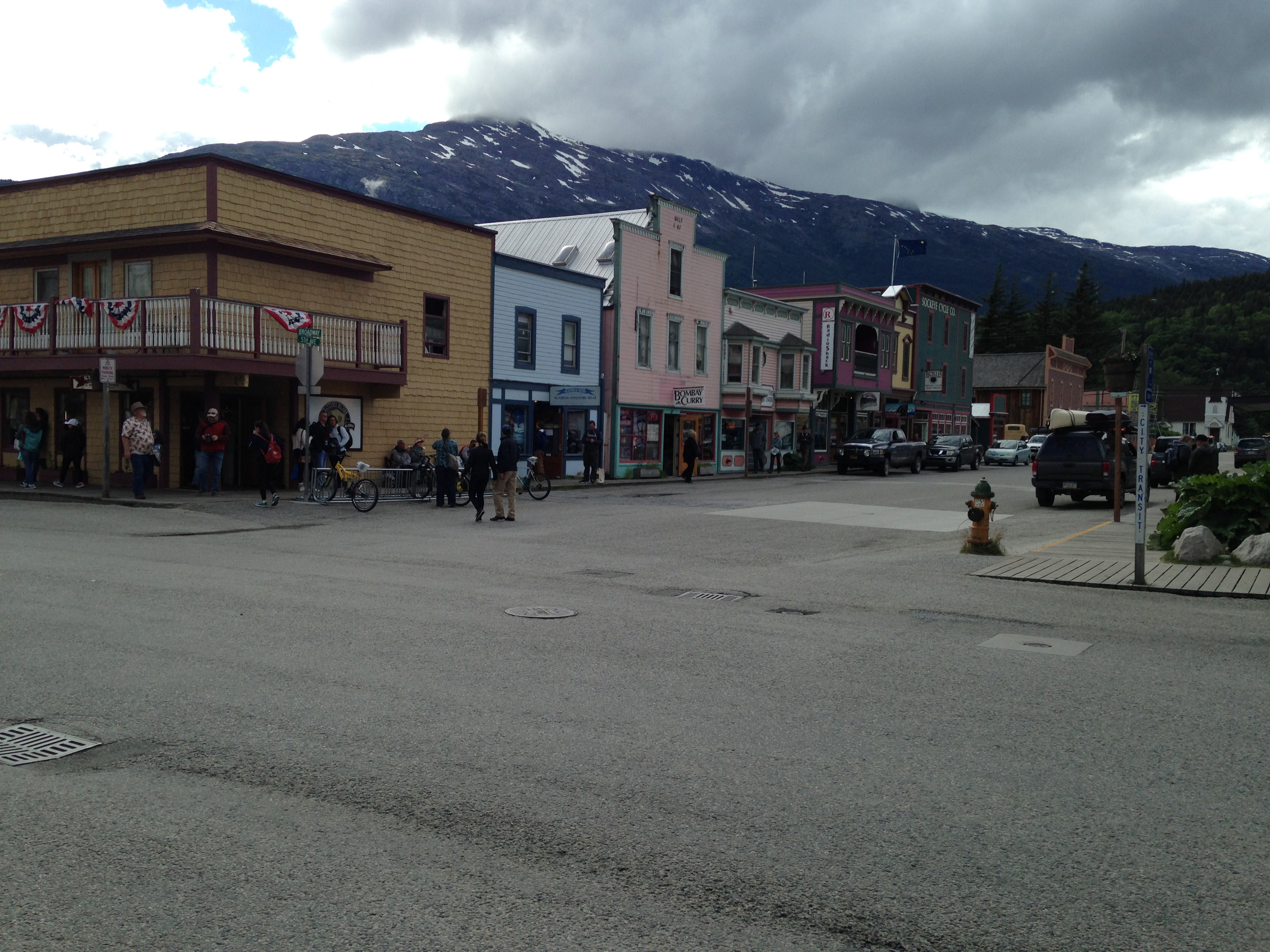 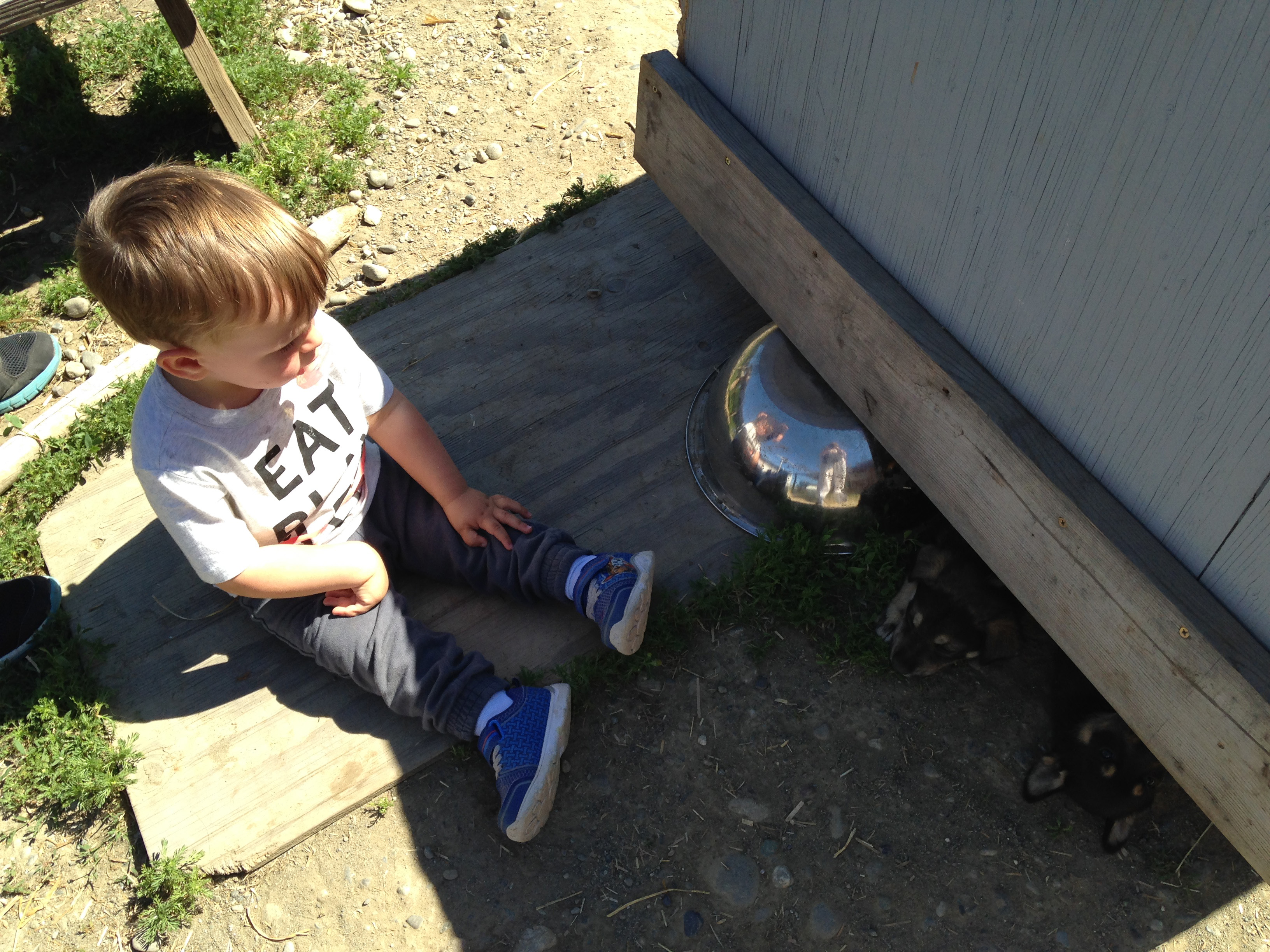 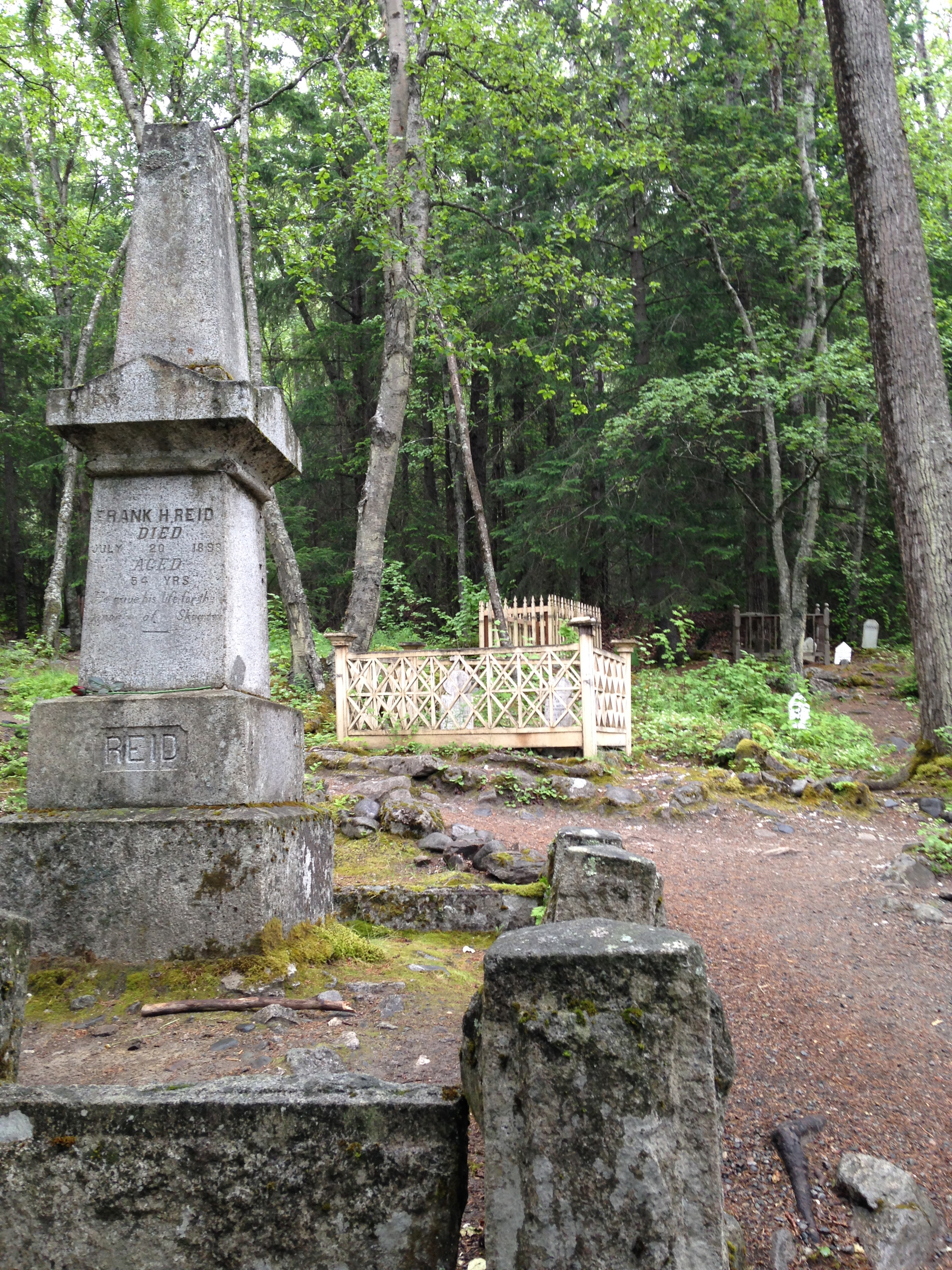 Alaska beckoned our family with visions of snow-capped mountains, stunning glaciers and animals in the wild. So off we went in June, all 10 of us, three generations, to celebrate the Bar Mitzvah of grandson David, such trips being a tradition in our family.

The 49th state didn’t disappoint. Mountains were literally everywhere you looked, hugging whatever flat areas bordered waterways like mothering arms. Most still had snow despite the uncharacteristically warm weather, though were not necessarily capped with it.

Having said that, Denali, highest mountain in North America, was totally snow-covered. It was a long ride from the lodge to the viewing area, but worth it. There, visible between two mountain ranges, rose Denali, white peak into a blue-gray sky.

Glacier Bay was stunning. Our cruise traversed it as we ate breakfast on the veranda of our stateroom. Blue ice teased through along the front of the glaciers, one of which calved an ice floe as we went by. A whale suddenly appeared, mouth open to guzzle as much as it could of whatever food it had found.

If one whale was wonderful a pod of 13 was the single most exciting wildlife experience of the trip. We had the great luck to see them all break through the surface simultaneously, feasting on the prey they had herded into a tight circle. All that was in addition to moose, bear and eagles swooping in from their treetop perches to catch fish with a backward flip of their talons.

All of us had different experiences. The kids kayaked through pristine water, bounced around in ATVs, took sled rides pulled by dogs trained for the Iditarod, that celebrated winter race from Anchorage to Nome. Mike and I walked in the woods, with canopies so high and dense that we didn’t feel the rain. We even dared a portion of the fabled Chilkoot trail that miners took en route to the Yukon gold fields. That is, Mike dared it; I thought better of the effort after five minutes trying to navigate around protruding tree roots and boulders as the trail became steeper. It is difficult to imagine how the miners did it in snow, carrying 100-pound packs.

Outdoors defines Alaska. But the people and towns were equally interesting. Except for Anchorage and parts of Juneau, the towns resembled something from the old west. Low slung, flat roofed, rustic buildings bordered wooden sidewalks; only the horse hitches were missing. The people were equally rugged, proper descendants of those adventurous miners, living in towns without medical care, choosing not to have televisions, managing with seasonal jobs.

So it was a happy surprise to find the Anchorage Museum of Art which had a marvelous collection of First Nation artifacts. There was an interesting exhibition called “Unsettled” which dealt with how cultures interact; the show’s emblematic photo with a familiar face says everything.

Alaska. Our memories of it will remain as bright as the snow on Denali.