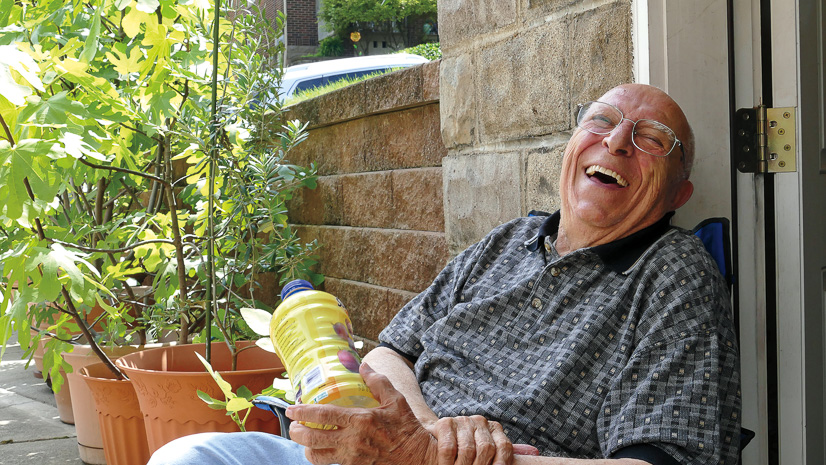 No, you weren’t imagining things. Those were fig trees you saw lining the driveway of that house you passed on Hazel Drive. Also an olive tree.

Anthony Zaras, a retired steelworker who emigrated from Greece and has lived on Hazel for more than 50 years, has 17 trees bearing several varieties of figs, and they’ve been here as long as he has.

Athena Petrolias, Zaras’s daughter, was 4 when they moved to the Hazel Drive home, and she remembers the trees from that far back. She says they came from cuttings from their previous home on Atwood Avenue in Oakland. As long as she can remember, the trees have always been a conversation piece.

“So many people stop to chat with him, especially other Greeks or Italians who recognize the trees,” she says. “He’s made so many friends.” 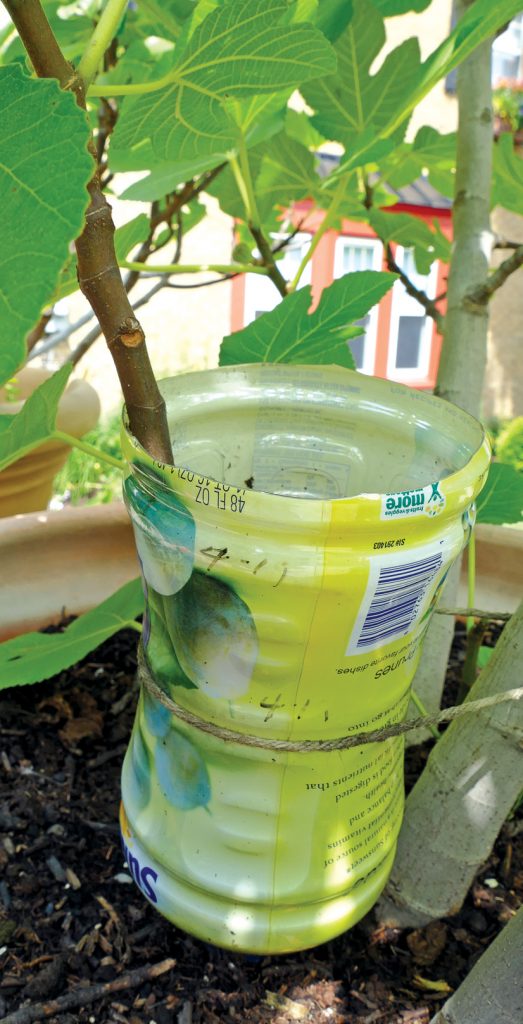 Zaras, 86, arrived in this country at age 14. He served in the Army and spent most of his working life in the steel mills.

How do you grow figs in an apples-and-pears climate? The trees are in buckets with casters, so Zaras can easily roll them into the garage when the weather turns cold. Each one weighs around 150 pounds.

Zaras grafts the tree roots using empty plastic bottles—prune juice bottles work best, apparently—cutting a couple of branches, placing them and some dirt or other growth media in the bottle which has been opened on both ends, and letting the roots grow into each other. Zaras says the grafting process takes about four months.

In addition to figs and olives, Zaras grows tomatoes, cucumber, peppers, onions, dill and more in his garden, starting most of them from seeds.

Zaras spent his first 14 years on the island of Ikaria, which, while part of Greece, is actually closer to Turkey. It was on Ikaria that he learned the importance of growing food.

“Land is survival,” he says.