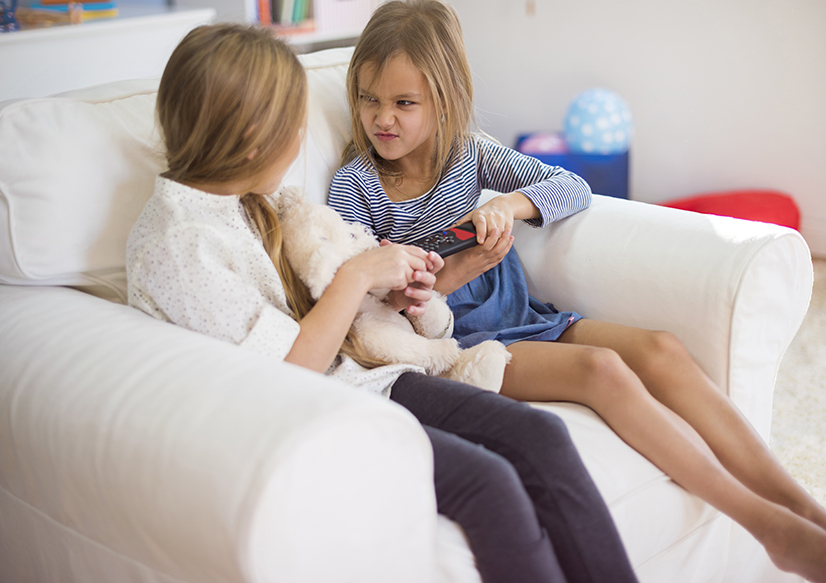 *Kate and her sister *Beth were like night and day. Kate, age 9 and two years younger, tended to be more sensitive and artistic, while her sister was boisterous and outgoing. They had a history of bickering and fights but nothing too concerning. Lately, however, Kate’s behavior toward her older sister had gone beyond normal sibling squabbles and was causing a lot of disruption to the whole family. She hit, kicked and screamed insults at Beth. The last straw was when Kate trashed her sister’s room following a fight over a pencil. Her parents brought her to Outreach for help with increasing verbal and physical aggression at home.

Kate’s parents explained that they had tried grounding her, taking away computer and TV privileges and separating the sisters, but nothing seemed to work. Kate just got more angry and hostile. After an episode of aggression, Kate couldn’t even seem to explain what her sister had done to make her so angry. Kate wasn’t thrilled about talking to a counselor either. She sat with her arms folded and said that counseling was “stupid.” It was clear Kate felt that counseling was just one more punishment for being bad.

The counselor decided to begin by working with Kate’s parents. She explained, “All behavior has meaning. Sometimes however, the behavior steals all of the attention from the factors that may be motivating it. Parents are then tempted to react to the crisis of the moment rather than what caused it.” With coaching from the counselor, Kate’s parents were able to invite her to participate in family sessions. They emphasized that she wasn’t in trouble; they were all going to work together to find out what was bothering her and how they could help.

It was a bit like playing detective. They had to look at the big picture and collect all of the clues. Some categories they examined included: family history and culture, social environment and school, relationships and medical issues along with  Kate’s  thoughts, emotions, behaviors, needs, and beliefs about herself and the world.

Once all the evidence was in, they began connecting the dots to find a theme. As it turned out, Kate had had an argument with her group of friends at school. They were excluding her at recess, and she felt very sad and alone. At school Kate was preoccupied with thinking, “Everyone is looking at me; those girls are talking about me.” She believed that she was a loser and would never have friends.

Kate came to realize that she was taking her feelings out on her sister because her sister has lots of friends and seemed so happy after school, while Kate felt miserable. And because Kate was always getting in trouble for fighting with her sister or not doing homework, she had begun to believe that her parents didn’t like her either. With this new information uncovered, Kate and her family could begin working on what was really bothering her. They began to see an improvement in her behavior as a result.

*Kate represents a typical Outreach client. Details do not correspond with any specific case in order to protect client anonymity. Outreach Teen & Family Services is a nonprofit, confidential counseling service. This column is made possible in part by the Mt. Lebanon Police Association.