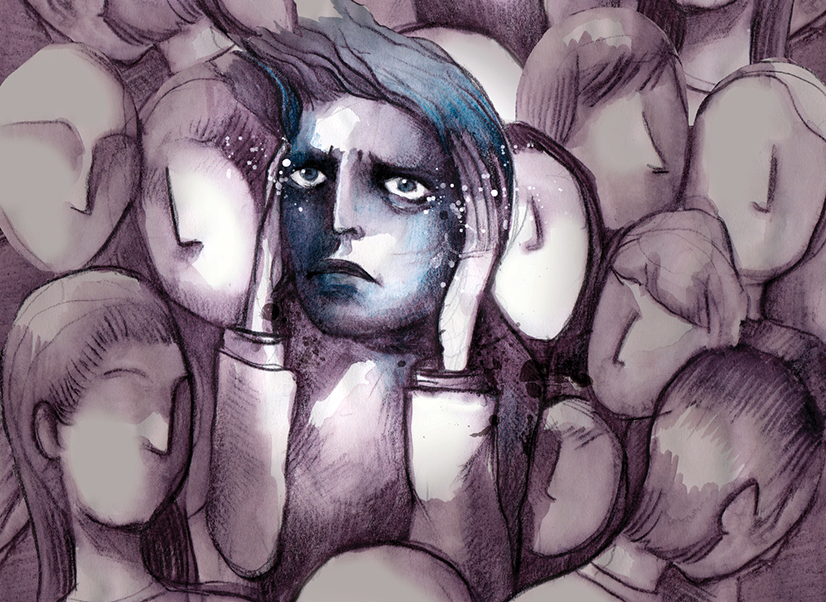 Josh was well known to Outreach when his mom called the counselor who had last worked with him a year ago. Josh had a history of depression but with the help of the counselor and some medication prescribed by his PCP, he had done fairly well for the rest of his junior year. However, things began to change over the summer and got worse as school started, so his parents set up an appointment to see his old counselor again.

Josh was glad to see his counselor as they had developed a good relationship when they worked together last fall, but he was also agitated and wasn’t quite able to explain what was going on. His mother noticed that Josh was increasingly irritable, more anxious about small things, and had made some pretty reckless decisions over the summer that had gotten him into trouble, such as getting speeding tickets and cheating on his girlfriend. Originally she attributed this to “being a teenager” but discipline and family discussions had not slowed Josh down at all. In fact, his mother became more worried when he began to talk incessantly about becoming a famous guitar player. While Josh could strum a few chords, he was not what she would consider a serious musician. His band had never even played a show. Yet, Josh stole his parents’ credit card and bought more than a thousand dollars worth of equipment and clothes. He was even talking about dropping out of school to pursue his musical career.

Josh began to argue with his mother and ramble about her not supporting him as he was sure that he was going to be famous. The counselor found it difficult to reason with Josh or to interrupt his tangents; he seemed very different from the young man he had worked with last fall. Once the counselor got more information on Josh’s moods and behaviors, he began to suspect that Josh may have bipolar disorder. Bipolar typically develops in late adolescence or young adulthood, but can be seen in children also. The early symptoms can be hard to spot as adolescents are typically moody and can make some bad decisions. With bipolar disorder, moods can shift rapidly in the span of hours or days and the moods tend to be extreme. The manic or hypomanic phase of bipolar is what sets this disorder apart from other mood disorders such as depression. In this phase, adolescents may experience increased irritability, decreased need for sleep, racing speech, reckless behavior and grandiose beliefs like becoming a rock star. They can feel like they are on top of the world and invincible which may lead to other risks such as using drugs or having unprotected sex.

The counselor referred Josh to a psychiatrist for an evaluation and for medication management to help control his moods. He provided the family with education on bipolar disorder and began to work with Josh on managing the symptoms. Although it was initially difficult to accept, Josh ultimately felt relieved to finally understand what was going on and he felt more in control of his future.

*Josh represents a typical Outreach client. Details do not correspond with any specific case in order to protect client anonymity.

Outreach Teen & Family Services is a nonprofit, confidential counseling service. We offer counseling and educational programs to youth and parents that are affordable, accessible, and discreet; all within a welcoming, supportive environment. This column is made possible in part by the Mt. Lebanon Police Association.