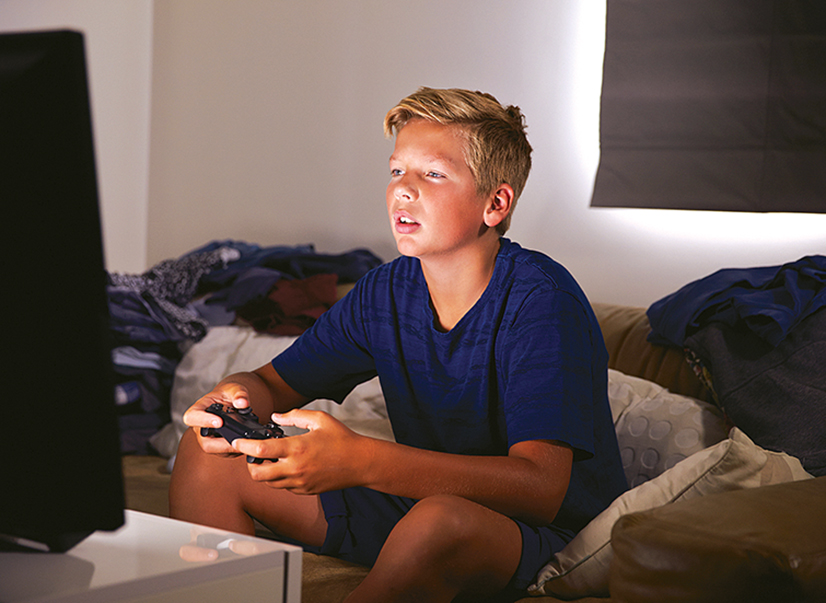 Nick* never went out anymore. Every day, you could find him in his room on his PlayStation or his computer playing video games. Nick would miss dinner, insisting that he was right in the middle of an important game and his team was counting on him. He would play late into the night and occasionally miss school when his mother couldn’t get him out of bed the next day. Nick claimed he was doing his homework, but his grades told a different story. The only friends he seemed to have were the ones he talked to on the video game headset, many of which he had never met in real life. If an actual person came over, they would both get on their own devices and play the game simultaneously. Nick’s relationship with his parents was suffering, too; they argued over his game play and not meeting his responsibilities, and they missed seeing him. It was clear that this was more than a hobby. This was a problem.

Nick and his family came to Outreach for help. “Is it possible to get addicted to video games?” they asked. The counselor explained that it is possible to develop a process addiction to video games which is similar to gambling and other behavioral addictions. The games trigger a chemical reaction in Nick that can mimic being in real life situations. He can experience the adrenaline rush of bombing a city of enemy invaders or the euphoric high  of helping his team make it to the next level of a strategic game.  The games themselves are designed to trigger this emotional intensity, and it is an intensity that is difficult to find in everyday life. After enough play, Nick’s brain can form neurological pathways and feedback that encourage him to seek these thrills despite negative consequences in his life.

Work with Nick began by making a list of everything he liked about gaming, and also things that he didn’t like or that were unintended consequences such as missing out on sleep. He explored what his values and goals in life were and realized that some of his actions did not line up with the kind of person he wanted to be. However, Nick enjoyed games, as did most of his friends, and he felt it was not something he wanted to give up completely. In addition, Nick needed the computer for school and could not realistically avoid all technology. The counselor helped Nick develop a technology health plan. They made a list of activities in the “green zone” which were a good productive use of technology. The “yellow zone” consisted of activities that could be OK depending on the situation. Finally, the “red zone” were those things that led to most of the unintended consequences and got him in trouble. These were the things Nick had to work diligently to manage and avoid, if he didn’t want to lose all technology privileges. Nick and his family felt that the plan was helping him better manage his time and impulses. He was slowly restoring a healthier balance in his life and repairing relationships.

*Nick represents a typical Outreach client. Details do not correspond with any specific case in order to protect client anonymity.

Outreach Teen & Family Services is a nonprofit, confidential counseling service. We offer counseling and educational programs to youth and parents that are affordable, accessible, and discreet; all within a welcoming, supportive environment. This column is made possible in part by the Mt. Lebanon Police Association.