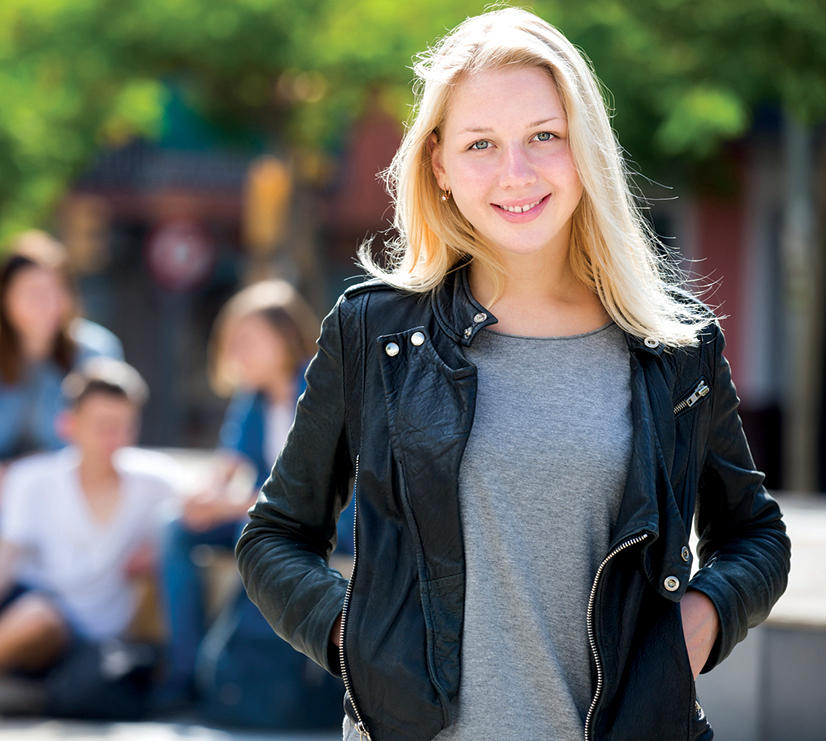 Ashley* was not enjoying middle school. Although her grades were average and she had some friends, she was constantly putting herself down. It was hard to hear Ashley refer to herself as a “no-talent loser.” No amount of compliments or attempts to convince her otherwise were working. Ashley’s fun and light-hearted nature seemed to be stifled under the weight of her own expectations. She asked to talk to a counselor, and her parents called Outreach.

Ashley told her counselor that she does not have a “thing” that she is known for and this makes her feel worthless. She explained that among her group of friends there is “the smart one,” “the athletic one,” “the actor,” “the artist,” and “the pretty and popular one.” None of her friends could come up with a talent or description for Ashley so she got stuck with “the nice one.” She began to resent her friends and not want to be around them. Even at home, Ashley said, her parents try to make her feel better by pointing out things she can do better than some of her friends or her siblings but those compliments seem empty and fake.

Self-esteem is the extent to which people value and respect themselves and feel confident in who they are. A person with low self-esteem will be very critical, compare herself to others and feel a sense of shame. In session, Ashley discovered that some past rejections and negative experiences have stuck with her. For example, she talked about trying out for the musical and not getting a part, or not being picked for the travel soccer team or getting placed in the lower math class. She felt like a loser compared to her friends who seemed to achieve these things so easily. Ashley has since not even tried any new activity for fear that she will fail.

The counselor pointed out that Ashley’s tendency to compare was stealing all of her joy. She was not open to seeing herself or her friends as unique people who have different desires, passions and ways of interacting in the world. Ashley began to work on figuring out her own identity, accepting herself and having compassion for herself. One of her first tasks was to make a list of things she had an interest in and find a way to pursue that interest. This was hard for Ashley at first, as she thought only in terms of sports, classes, or what the school had to offer. Eventually Ashley discovered that she liked to be creative and she cared about the environment. She decided to make unique pots for plants out of recycled and found objects. Ashley felt a great sense of accomplishment and satisfaction from this, and found a way to share her interest with her friends. She also had a family session with her parents and told them that comparisons, even if they were meant to be positive, hurt her feelings. They worked on using more encouraging statements rather than praise or comparison.

*Ashley represents a typical Outreach client. Details do not correspond with any specific case in order to protect client anonymity.

Outreach Teen & Family Services is a non-profit, confidential counseling service. We offer counseling and educational programs to youth and parents that are affordable, accessible, and discreet; all within a welcoming, supportive environment.