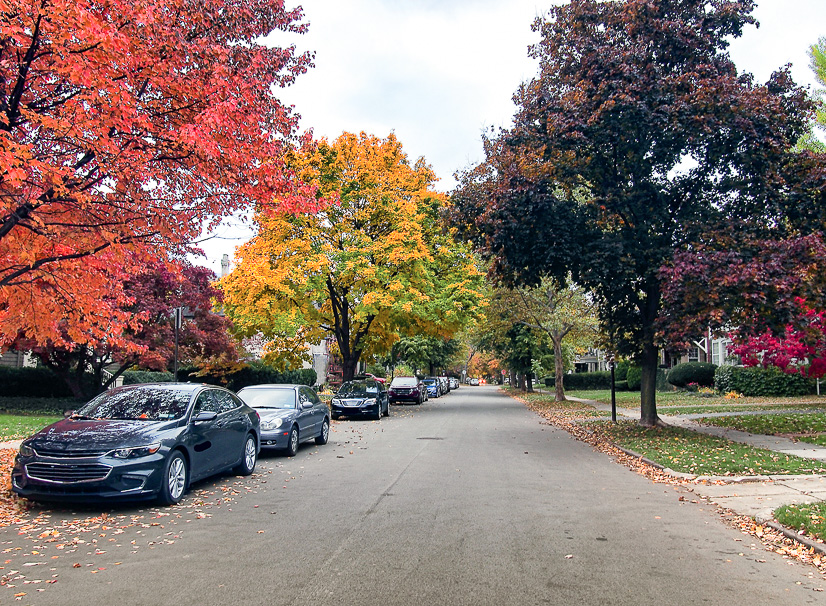 But many people don’t know why. Police say it’s a safety risk. When an officer is driving down a street filled with parked cars, he can’t tell whether the car belongs to someone who lives there or if it might belong to someone involved in something unsavory. Once a car is parked on the street, if it doesn’t have to be moved each night, it could stay there indefinitely, even if it’s not driveable, preventing anyone else from ever being able to park there. And parked cars can be troublesome for snow plows, leaf vacuums and street sweepers.

Yet many of us have short driveways and out of town guests who like to visit. Or we need a 30-yard dumpster in the driveway while we remodel the kitchen. Or we have to move out the cars while our driveway retaining walls are being rebuilt. So police are trying to find a happy medium between safety and convenience.

To that end, police are working with other municipal departments, such as finance, toward allowing limited overnight parking, perhaps 10 nights a year for each license plate. After that, the owner would have to pay for each night. The rate hasn’t been decided but it would be less than the $20 onstreet parking citation. It also would be high enough to discourage people from just parking on the street every night instead of buying an overnight pass in a municipal garage or lot (still your best and cheapest bet).

What is still to be decided are the details and what type of software the police would use to facilitate the new rules, Police Chief Aaron Lauth says. He wants residents to be able to go online to make the requests using  software that is  able to keep track of how many “free parks” the car already has. Once it passes the limit, the screen would direct the driver to the paywall.

The technology could include plate-recognition software, allowing parking enforcement officers to drive down the street and instantly know who is violating the parking rules, either by not paying for the overnight parking or violating maximum time limits during the day. The software could print tickets automatically, and drivers might even be able to pay immediately. (Drivers can pay tickets online now, but the information must be hand-entered into the system, so there is a lag between the ticket being issued and the time when payment can be made.)

Lauth says he does not have a timetable for the decision, but that municipal officials currently are looking at all the technology options. Once a draft ordinance is written, it will be introduced at a commission meeting and the public will have an opportunity to comment before the commission votes.