You hear that? It’s the crack of the bat and the roar of the crowd, as spring has arrived and baseball season finally has returned. The Pirates are back on the field at PNC Park, which makes everyone happy. But for you fanatics out there who can’t get enough of America’s pastime, why not check out some movies centered on the great game of baseball? Here are some recommended films to track down on DVD, cable or streaming: 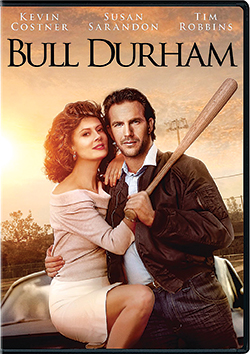 This one-two punch cemented Kevin Costner as a late ’80s/early ’90s superstar, as the actor excelled at playing the relatable jock you’d love to grab a beer with. You can’t go wrong with either movie, though it may help to know that Field of Dreams is the more family-friendly film while Bull Durham earns its rating via some steamy (yet also hilarious) sex scenes. Former minor-league ballplayer Ron Shelton wrote and directed Bull Durham, adding a sense of authenticity to its story about an aging Single-A catcher whose big-league aspirations are fading fast. Meanwhile, Field of Dreams is so whimsical and otherworldly that fans have long debated whether it classifies as a baseball film at all. I’d say not only that it resoundingly does, but that it’s one of the very best. 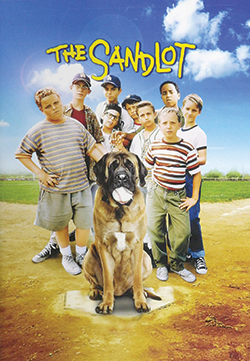 Honestly, I’m not the biggest fan, but if you’re looking for a baseball comedy you can watch with your young kids, you could do a lot, lot worse. (I’m looking at you, Rookie of the Year.) The Sandlot is loud, broad and shallow—think The Goonies with balls and bats—but it’s eminently quotable and has endured long enough to spawn two direct-to-video sequels. It also features James Earl Jones (who also turns up in Field of Dreams), proving that his eternal gravitas and America’s pastime go together like hot dogs and Cracker Jacks.

The first of several films on this list based on true events. (In this case the characters are fictional, but the premise is real.) When America’s men went off to fight in World War II, effectively shutting down professional baseball in this country, a group of team owners started a women’s league to operate in its stead. Director Penny Marshall lavishly recreates that era, casting Tom Hanks as a manager not too keen on coaching a bunch of ladies and filling out her roster with a diverse group of actresses, including Geena Davis, Lori Petty and Madonna. My two young daughters are both playing softball, and I was thrilled to share this tale of girl power with them just this past off-season. 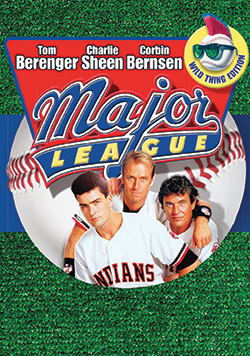 Then again, that doesn’t mean the movies always have to take baseball seriously. Take, for example, Major League, still the Babe Ruth of sports comedies. Despite the fact that Charlie Sheen makes for a fairly convincing pitcher, writer/director David S. Ward chucks any hardball realism out the window in favor of a standard yet sturdy underdog tale stuffed with a deep roster of colorful and hilarious characters. My personal favorite: Dennis Haysbert’s voodoo-practicing fastball hitter. Remember … is very bad to steal Jobu’s rum. Is very bad.

A movie pulsating with enough mythic power to almost make you forget how weird it is. Seriously, it has Barbara Hershey playing a female serial killer who targets famous athletes. That’s kind of bonkers for a PG-rated baseball flick! But never mind all that. The great Barry Levinson helmed this tale of a come-from-nowhere power hitter who takes baseball by storm by smashing epic home run after epic home run despite his advancing age and mysterious past. Three things put The Natural near the top of any “best baseball films” list: Robert Redford’s wonderful lead performance, Caleb Deschanel’s stunning cinematography, and Randy Newman’s classic orchestral score (which, if you already love the movie, is now probably stuck in your head for the rest of the day). 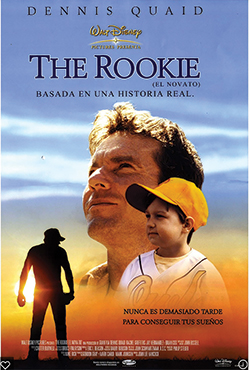 This biopic seems too good to be true: A washed-up jock approaching middle age agrees to try out for the big leagues if the high-school baseball team he coaches wins their district championship. They do, and MLB scouts are astounded to discover he can suddenly hit the upper-90s on the radar gun with his fastball. Before long, Jim Morris (played by Dennis Quaid) finds himself in the show as a 35-year-old rookie, fulfilling a dream he had long since given up. Beautiful to look at and leisurely paced, The Rookie is a lot like the game of baseball itself. 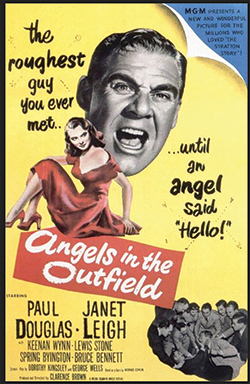 If you specifically want to watch a baseball movie connected to your hometown Pirates, your options are slim. Most famously, the team is featured in the original version of Angels in the Outfield, which was shot largely at Forbes Field and finds the Pirates being helped in their pennant chase by some heavenly fans of the game. Unfortunately, no actual Pirates appeared in the film (though Joe DiMaggio and Ty Cobb do cameos), and the makers of the 1994 remake chose to feature the L.A. Angels (then known as the California Angels) instead. More recently, Disney’s Million Dollar Arm tells the real-life story of two Indian contest winners who hope to get a chance to play American baseball and eventually sign with the Pirates organization.

A film that absolutely could not be released today. (Want evidence? They tried to remake it in 2005, but the new version ended up a neutered mess.) The Bad News Bears is about as non-politically correct as a kid-oriented baseball film can get … but it’s also a total riot. The late Walter Matthau has one of his best roles playing an alcoholic pool cleaner ordered to coach a Little League team made up of a ragtag group of smart-alecks and screw-ups. The language may be foul and the politics outdated, but its moral center holds: Baseball is a game for everyone, and, like any game (especially when being played by children), taking it too seriously can cripple its very spirit. 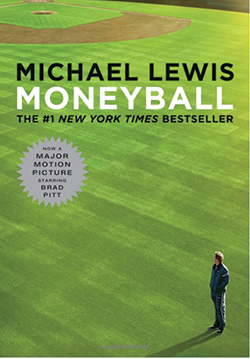 The thinking man’s baseball film for the armchair general manager in your house. Moneyball mostly concerns itself with the action that takes place off the field, as Brad Pitt plays real-life Oakland A’s GM Billy Beane, a young baseball exec who eschews tradition by using statistical models to build his roster. Today, every team does it, but in 2002 it was revolutionary.  A focus on stats may sound boring to everyone in your house not obsessed with playing fantasy baseball, but director Bennett Miller and screenwriter Aaron Sorkin inject real soul into the script, turning Pitt’s version of Beane into a compelling central character. Bonus points for the hilarious and, dare I say it, exciting scene centered entirely around Pitt making a baseball trade over the phone.