If you drive one of the 45,000 cars that travel Cedar Boulevard each week, you’ve certainly seen the new police trailer stationed near the tennis bubbles this fall, donated to the municipality by Allstate Insurance. The $14,000 piece of equipment is a handy new addition to the traffic unit, not only because it monitors traffic speed and counts vehicles, but because it can broadcast important information to drivers at the click of a mouse.

Lt. Duane Fisher, supervisor of the police department’s traffic services unit, is in charge of the device, which is controlled by an app in his car, on his desktop and on the computers in the traffic officers’ cars. It is by far the more advanced of the two speed trailers the department uses.

The old unit can track speed and display messages, but must be controlled by a personal digital assistant held while the officer is near the unit.

The new trailer contains a camera, which will activate if anyone tampers with it, taking a photograph of the vandal. Through the app, Fisher can see where the trailer is and he can tell if it’s moving.

The sign will show travel speeds, and can be programmed to flash above a certain speed to tell drivers to slow. But even more interesting are the statistics it collects. Fisher can see everything from average speed to distribution of traffic volumes. He knows, for example, that the average speed on Cedar for October was 28.3 miles per hour. Since the speed limit is 25, that speed isn’t high enough to cite.

But the report also tells him that the biggest time for speeding is 4 to 5 p.m., which helps him deploy officers when the need is greatest.

Fisher can use the app to change the message on the sign, which is handy in the case of an Amber Alert. “I can make a change in two minutes or less and people will have emergency information,” he says. Other messages remind drivers not to text and drive.

The trailer charges using an electrical outlet but also has solar panels. If the trailer’s power is low, it will email Fisher an alert.

NEW HIRE The police department has hired a new officer, Jarrod Withrow, formerly of the Pittsburgh Police Department. He will continue his field training this month and will be ready for solo patrol sometime in January, says Chief Coleman McDonough.

DROP BOX FOR DRUGS In the past year, Mt. Lebanon has managed to keep about 1,200 pounds of unneeded prescription drugs off the street. That’s all the Steelers starting linebackers, plus James Harrison. 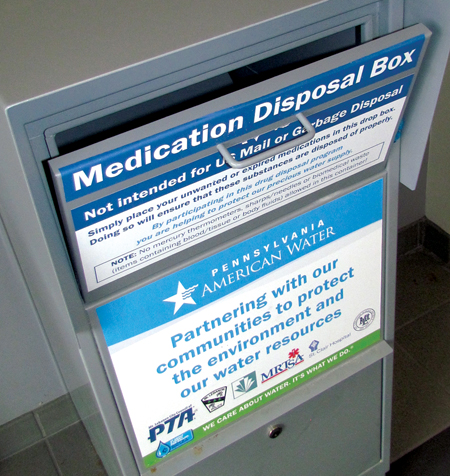 Along with an informational campaign, one of the group’s first actions was to install a secure drop box for unused or expired prescription medications. Abuse of painkillers and other prescription medicine is often the first step on a path to drug addiction. Also, if the drugs are simply discarded into the trash, they can leech into the water supply, so it seemed like a perfect fit for Pennsylvania American Water to fund the installation of the dropbox, which is located at the rear entrance to the Mt. Lebanon Public Safety Center, 555 Washington Road.

The police department inventories the contents of the box and turns the drugs over to the Drug Enforcement Administration and Allegheny County District Attorney’s Office for proper disposal.

“By having a drug depository available to the public on a 24-7 basis, residents don’t have to wait to turn in expired and unneeded medications,” says Mt. Lebanon Police Chief Coleman McDonough. 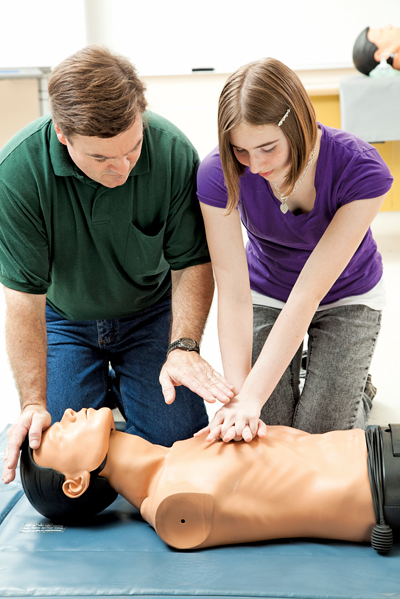 DO YOU KNOW CPR? In the last few months, our ambulance service, Medical Rescue Team South, responded to two cardiac arrests in which a bystander provided CPR and likely saved the patient’s life. “In both cases, the patient had a good outcome due to the fact that CPR was started immediately, before police or EMS could arrive,” says MRTSA Chief Todd Pritchard.    Bottom line: If you don’t know CPR, learn it. MRTSA offers monthly classes for individuals or you can get group classes for your business. Details: www.mrtsa.com or 412-343-5111.

HOLIDAY HAZARDS Is your tree real or artificial this year? Did you know both can be fire hazards? Each year, fire departments respond to an average of 210 fires caused by Christmas trees.

You can prevent problems simply. The National Fire Protection Association says to make sure artificial trees are fire retardant. But even then, artificial trees can be just as much of a fire hazard as live ones. Neither type tree should be close to a heat source.

Nearly half of all fires are caused by electrical failures. Check to see if your lights are rated for indoor, outdoor or both, and only use them in approved locations. If you have more than three strands of lights connected, separate them. (LED may have different standards. Check the packaging.) 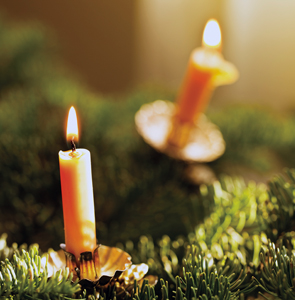 Add water to live trees daily and take your tree down when it begins dropping needles, not when the calendar says you should. Even a well-watered tree should be taken down after four weeks. So if you decorate it Thanksgiving weekend, it should come down the week after Christmas, not New Year’s Day. And make sure you recycle it. Don’t put it in the fireplace. Evergreens will gunk up your chimney faster than you can say “gunk up my chimney.”

When you’ve unwrapped the gifts, and everyone is wadding up the wrapping paper and throwing it at each other (a tradition in some families), gather it up and put it in the recycling container. Don’t put it in your fireplace, no matter how easy that seems.

The top three days for candle fires: Christmas Eve, Christmas and New Year’s Day. According to the U.S. Fire Administration’s National Fire Incident Reporting System, almost 30 homes had a candle fire on each of those days. Most started when furniture, mattresses, bedding, curtains or decorations were too close to the candle. In about 18 percent of fires, the candles were unattended.

Also, keep the candle out of reach of pets.