Two MRTSA paramedics, members of the SHACOG Critical Incident Response Team attended a class in Washington, D.C. that prepared them to use basic skills in life-threatening situations. Standing, second from right is Dave Terkel. Standing, center, is Matt Coleman.

TACTICAL TRAINING In response to a a typical 911 call, the ambulance  crew can work on the patient in a safe environment, with the ability to go back to the ambulance easily for extra supplies and medications. They can communicate effectively as  they load the patient and drive to the hospital with little interference in their work.

But if an ambulance crew needs to respond to a hostage or live shooter shooting incident, the situation is quite different. Even though police are securing the scene and going after the bad guy, medics still may have to enter hostile situations to begin treating patients. They’re not armed, but they could be under gunfire.

Terkel and Coleman were two of 40 responders to take the class and become EMT-T, or tactical technicians. Coleman, who has been with MRTSA for 14 years, and Terkel, a staffer for 21 years, are also on the South Hills Council of Governments (SHACOG) Critical Incident Response Team. Being a part of such a tactical team is a requirement to attend the 56-hour certification program, which starts in the classroom and wraps up on the final instructional day before graduation with a 7 a.m. to midnight field exercise that takes the medics through many situations they could experience.

Instructors for the class, which has a nationally standardized curriculum, are military physicians, FBI agents and U.S. marshals, among other federal leaders. The students learned how to ensure officer and civilian safety, along with the possible need to treat suspects. “You don’t leave them in the lurch,” Coleman says.

The lessons use scenarios such as school shootings and terrorist events, but the material can be applied locally, even on smaller-scale incidents. The class teaches how to treat patients in a “hot zone”— close to danger, or, if possible, a“cold zone”—a  staging area away from the action.  Although the scenarios differed from the MRTSA employees’  day-to- day work, they utilized basic medic skills but learned how to perform them under duress,” Coleman says. 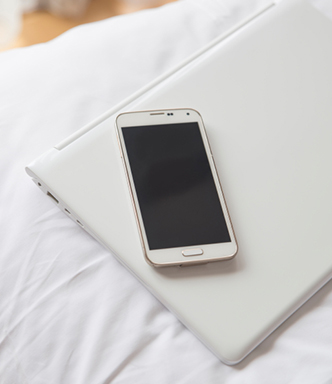 [1]FIRE BY PHONE It may be tempting to go to sleep with your cell phone under your pillow awaiting a text from that special someone. But the fire department says: Don’t leave any electronics, especially items with lithium ion batteries, such as a cell phones, tablets or computers, on soft surfaces where they can ignite if they get hot—especially while charging. In April, a local family experienced a home fire that caused $48,000 in damage and resulted in minor injuries to several people  when a cell phone left on a bed caught fire.

PEOPLE WITH SPECIAL NEEDS If you have a family member with a special need living with you, stop by the Mt. Lebanon Police Department and pick up a premise alert request packet. The Allegheny County District Attorney’s Office instituted the premise alert program so that during emergencies first responders will have vital—perhaps life saving—information about residents with special physical, emotional and mental needs.

It should take only a few minutes to fill out the form, which Allegheny County 9-1-1 will share only with first responders dispatched to your home.

In addition, the premise alert packet contains an “I have Autism” card (with an area for a contact person’s name and phone number) and stickers for the front door and for a vehicle stating a person with special needs lives there and that they might not understand simple commands. There also is information about applying for tracking and home locking devices.

You can register online at www.alleghenycounty.us/specialneedsregistry [2], but you will not receive the stickers and supplemental information.

Mt. Lebanon Fire Department offers a similar service, the Special Needs Assessment Program, which allows firefighters to identify the houses and apartments of residents who require special assistance or are unable to exit the building during a fire. Firefighters can access the information on the fire truck computers en route to a call. Even though the new premise alert program will alert firefighters of any special needs issues in its system, the fire department will retain its database. If you have registered for the fire department’s program in the past and your information has changed, update your entry by calling 412-343-3402. Get registration forms at mtlfd.org/community-outreach-4/special-needs-program [3].