• The heroin problem continues, and now the drug is mixed with increasing amounts of fentanyl, a synthetic opioid medication that’s 30 to 50 times more potent than heroin. A small amount of the drug is fatal, and people who take it mixed with heroin require a larger amount of Narcan to counteract an overdose. Police and other first responders use Narcan nasal spray (medics use injections) on people who are actively overdosing. Even worse is carfentanil, an opioid 100 times more powerful than fentanyl, used to tranquilize large animals such as elephants. That drug also has been found to be mixed with heroin. An amount the size of a grain of salt can be fatal.

• People continue to abuse prescription pills. Some people even have “pill parties” to sell and trade medication. Kids may think the pills are safe because they are made in a laboratory and prescribed by a doctor, Lauth says. But it is illegal and unsafe to take medication prescribed for another person.

• Police are seeing more powerful versions of marijuana and an increase in violent crimes associated with people selling it. Since possessing or using a small amount marijuana has been decriminalized in a lot of places, its use is becoming more common. Additionally, people are chemically extracting the THC in the drug into forms of “honey” or “wax” and adding it to vape pipes to get high.

• People have increased use of mind-altering drinks, made by combining codeine cough medicine with soda and other ingredients to get high. The concoction, which is often purple and called “drank,” is also called “lean,” which is also used to describe the euphoric or dissociative feelings it provides. 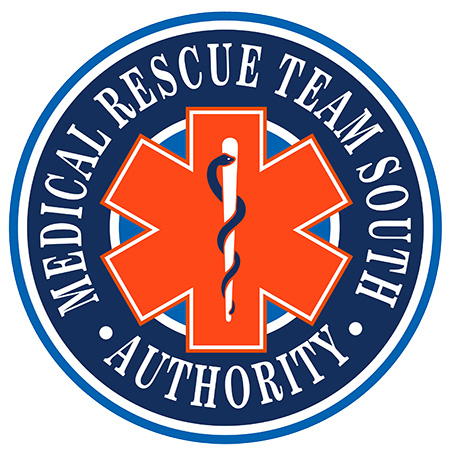 MEDICAL RESCUE MEMBERSHIP Medical Rescue Team South’s annual membership drive is getting under way in January. An annual fee of just $42 per individual and $65 per household covers any co-pay, deductible or balance related to ambulance billing. A household subscription covers anyone who needs an ambulance while residing in or visiting your house. If you did not receive a membership packet in the mail, visit www.mrtsa.com and join online or call 412-343-5111. Membership is good from January 1 through December 31, 2017.

CRITICAL SITUATION On November 10 a shooter ambushed two Canonsburg police officers, killing officer Scott Bashioum and wounding officer James Saieva, Jr. before the gunman killed his wife and himself. Many police agencies rushed to help.  Among them was the South Hills Area Council of Governments (SHACOG) Critical Incident Response Team (CIRT). SHACOG, which has 22 member communities, started its CIRT in 2009 as a local SWAT-style group. Nine Mt. Lebanon police officers are members of the CIRT.

Whenever an active shooter scene begins, the police agency in that jurisdiction is in charge. In this case, it was the responding officers from the Canonsburg Police Department.  As events unfolded, several other local police departments arrived to assist, Cecil and Peters, followed by the Washington County SWAT Team. The next agency called was the Pennsylvania State Police Special Emergency Response  Team,  followed by the CIRT.

Mt. Lebanon Police Chief Aaron Lauth says all participating officers have had similar training, thanks to a system called ALERRT:  Advanced Law Enforcement Rapid Response Training. That mutual aid training allows the officers to work toward the same goal during an active shooter incident: Stop the shooting, contain the gunman and arrest the suspect(s),  while minimizing injury to all involved.

Having teams work together also allows them to share equipment, such as the SHACOG robot, which helped officers see inside the building during the incident.