SAFETY STEP-UP You’ve been hearing about Mt. Lebanon’s ”Look Up Lebo,” pedestrian/driver safety campaign since 2016. You’ve read tips in every issue of this magazine. You’ve seen colorful signs waving at intersections around town. You’ve seen videos and have been reminded about driver and pedestrian safety laws again and again. Whether you’re a walker or a drive, there’s no excuse not to know to rules of the road.

Now that everyone has been educated, Mt. Lebanon police will be speaking directly to people who still aren’t obeying the law. Thanks to a $43,690 grant from the Pennsylvania Department of Transportation, Mt. Lebanon officers will be out in cars and on bicycles to help keep people safe by issuing warnings and citations to pedestrians and drivers who violate the rules. Specifically, officers will look for: drivers who don’t yield to pedestrians in crosswalks, who don’t watch for pedestrians when turning from side roads and  who speed; pedestrians who don’t obey signals or who don’t use the  crosswalks in the business districts. So Look up, Lebo. If you don’t you’ll likely be looking at a police officer.

CANINE MEDICS Paramedics are experts at treating people in crises. They can stabilize patients during severe traumas, deal with infections and even restart stalled hearts. But when an animal is the patient, some medics may not be prepared.

Focused specifically on helping service dogs, such as police canines and search and rescue (SAR) dogs, the course taught Terkel how to evaluate injuries and how to protect himself (a large, powerful, scared canine has a special kind of fight-or-flight going on!) and how to restrain the animal, working in tandem with the animal’s handler. Terkel learned how to adapt all his human patient-treating skills to dogs: starting an  IV, giving an intraosseous infusion (giving medication or fluids directly into a bone), resuscitation, stopping bleeding, packing a wound and administering oxygen.

Terkel, who has been with MRTSA for 23 years, also learned animal nuances, such as how to determine if a dog’s leg injury is neurological or musculoskeletal, by evaluating the dog’s gait.

Within MRTSA’s service area, only Mt. Lebanon, Castle Shannon (and soon, Whitehall) have K9s, so the skills may not be needed often at the moment, but Terkel says more and more dogs are being called into service.

Terkel will now teach basic canine life support to the other medics and EMTs on staff.

NEW ON THE BEAT Police officer Grant Nagy has started his field training after successfully graduating from the Allegheny County Police Academy on June 29. Nagy, formerly a practicing attorney, received his undergraduate degree from Penn State and his law degree from Duquesne University School of Law. This is his first job in law enforcement.

ANIMAL CONTROL EXPANDS Two new animal control officers are hitting the road with South Hills Cooperative Animal Control, the agency that handles calls for Mt. Lebanon. Todd Alisesky and Benjamin Gray were hired this spring to help cover Bethel Park, which was just added to the cooperative’s coverage area, and to replace an officer who retired.

Mt. Lebanon Police  Department supervises Animal Control, which also covers Upper St. Clair, Bethel Park, Castle Shannon, Dormont, Baldwin Township, Green Tree, Scott, Carnegie, Heidelberg  and Whitehall.  If you see a stray animal, a potentially dangerous animal or if you have lost your pet, call 911, and Animal Control will be dispatched to help you. Animal Control also can help with issues such as raccoons, squirrels, groundhogs and unfortunate roadkill incidents. Yes, someone has to clean that up. 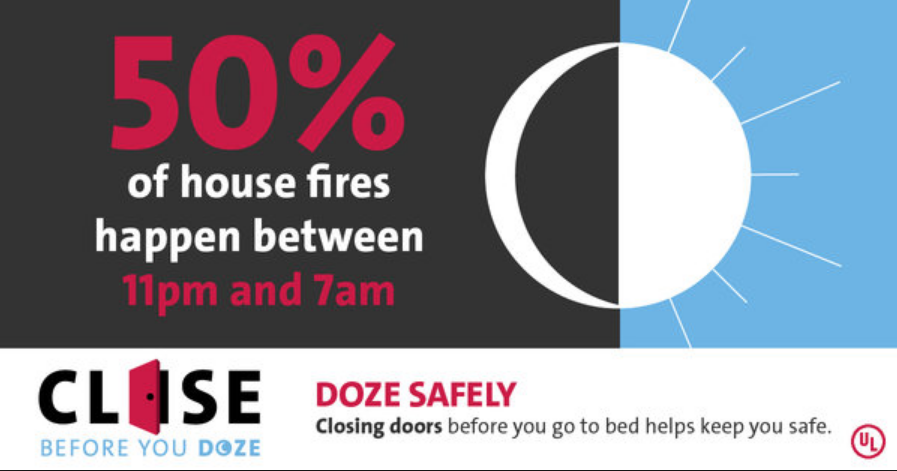 CLOSE BEFORE YOU DOZE Here’s a sobering statistic. If your home caught fire 40 years ago, you would have  had 17 minutes to escape. But today, thanks to flammable synthetic materials, furniture construction updates and different types of home building materials, you have three minutes to get out.

Half of all house fire deaths happen between 11 p.m. and 7 a.m. So if a fire erupts at night,  what can you do to slow its path and give your family a better chance to escape? It’s as simple as closing the bedroom door.

“Close Before You Doze” is the Mt. Lebanon Fire Department’s new awareness campaign, in cooperation with the UL Firefighter Safety Research Institute.  It’s a layered approach to preventing tragedy. First, make sure you have plenty of smoke detectors and that they all work. Next, create an escape plan for your family should you need to get out quickly. And finally, close all bedroom doors when people are sleeping. A closed door can slow the spread of fire, reduce toxic smoke levels, increase oxygen and keep temperatures low. Rooms with closed doors have average temperatures of under 100 degrees, as compared to open-door rooms, which measure 1,000+, according to UL. A closed door buys time.

1960 The fire department’s budget was $95,520. Adjusting for inflation, that figure is equivalent to $816,797 in 2018 dollars. The career department added an additional firefighter, bringing the number of paid firefighters to 10.

1961 The department awarded a bid for a new triple combination pumper to American LaFrance. The bid was awarded in July 1961 and the fire department took delivery of a 900 Series 1250 GPM pumper with canopy cab in 1962.

1962 Mt. Lebanon passed a resolution that all career firefighters had to live with in the municipal  border within six months of completing probation.

1968 The Fireman’s Memorial was formally dedicated at the Mt. Lebanon Cemetery. That memorial was recently restored and renovated.