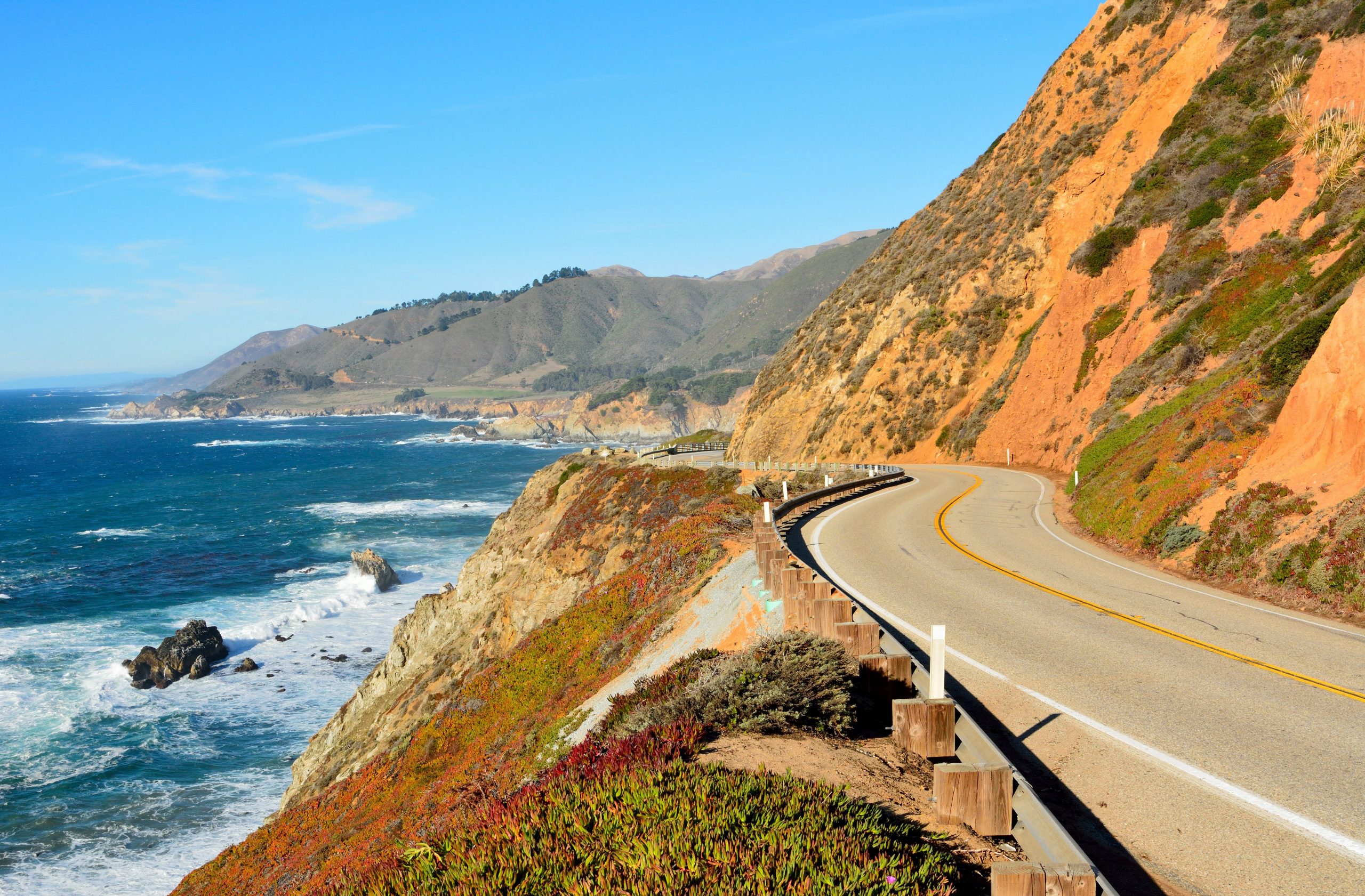 One summer when I was in college, three friends and I took a road trip from Pittsburgh to south Florida. We took great pains to stock good snacks and entertainment for our fun-filled casual cruise through the Deep South.

We ate at fun places along the road and stopped for Slurpees at a Piggly Wiggly because we liked the store’s name. At one of our stops we found a used record store and popped in. I found a great LP that I snatched up (and still treasure): Death Songs of the Road.

We spent our days at the beach and the pool. But we did lots of other fun stuff, no fear! We went to the neighborhood public library. I read Henrik Ibsen plays; we checked out some Civil War facts that were disputed in one of our car ride conversations. We had all sorts of pre-Google fun.

It was The Road Trip of a Lifetime.

Fast forward thirty-some years and my son Nathan needs to return a car from San Francisco to San Diego, so I jump at the chance for a road trip.

Sadly, he does not. I tell him how much fun I had driving to Florida so many years ago. I tell him we could stock great snacks and meander along the coast, maybe pull over and picnic at a great scenic overlook. I remind him that I am a fun person.

He offers to let me fly to San Francisco and drive back to San Diego alone; he will fly.

I want to drive down the coast on Route 1. I want to see Big Sur, I want to see Hearst Castle; if there’s anything more Californian than The Pacific Coast Highway, I cannot imagine what it could be.

But Nathan says no, no road trip. For him, this is all business. Nathan likes efficiency and action. But for me, this is all about enjoying the last days with the son I spent my life raising before he grows up too much and leaves me. The last time I could remember us being closer than the confines of a car for days on end had been in the months before he was born, when we were as close as two people could possibly be. Launching children into the world seems to always be painful.

In the end we compromise and I agree to spend the first half of the trip on the PCH then switch to I-5 South, and off I go to start our great mother-son road trip.

When my friends and I drove south, we spent the time having great conversations and a great time. I have hopes that my son and I could have the same type of conversations and adventure, that we could make the kind of memories that would last for decades.

Within an hour of leaving the city, the scenery starts to change. We drive just a couple of hours and stop near Big Sur for the night. Honestly, nothing compares to the beauty of Route 1 south of the Bay Area. The word “stunning” doesn’t even begin to describe the effect it had on me.

But Nathan puts an end to the photo ops after the fourth one and confines me mostly to windshield photography the next day. Until we stop for lunch.

Because I gawk at the scenery too much, Nathan drives. I am free to Google interesting facts of the road as well as interesting stops for lunch, so I find a delightful cafe in the next town ahead and we stop for giant, road trip-worthy sandwiches and locally brewed root beer that we eat at a cafe table on the back patio of a house built in 1877. The eclectic decor falls somewhere between Mexican Mission and English tea room, and with the clear skies and cool fresh mountain air, it is what I expect lunch in heaven would be.

But Nathan just wants to forge ahead, so after we eat, he rushes me into the car and refuses to stop at the French bakery with a hitching post in front and fresh baguettes every day at 8 a.m. or at the coffee shop with the giant chalkboard advertising extra large cappuccino and cheese danish, with realistic chalk drawings of each. At the traffic light, I think about jumping out of the car and making a dash for the coffee shop, but instead Nathan blasts the car horn at a large shiny pick up truck sitting in the middle of the intersection, impatient to be on our way.

The older driver of the pick up truck blocked the intersection to allow a police car to pass, and like me, the officer does not appreciate being hurried along by my son. He makes eye contact. Then he follows us closely as Nathan drives cautiously down the road. “Be careful, “ I warn, he is looking for a reason to pull you over.”

Nathan is extremely careful, but nonetheless the lights come on and we are pulled over a few hundred yards from the city limits. The officer collects license and registration, then returns to ask Nathan why the car is registered in San Diego but he lives in the Bay Area.

Nathan says that he works in Palo Alto but we are returning this car to his father, and I confirm that I flew to the Bay Area to make the drive south with my son. Nathan scowls at me to be quiet. The officer looks at us, then tells Nathan that he was rude to the driver in the intersection.

“Life is slower here in town than maybe you’re used to,” he says. “People here are older, a lot are retired, and they take their time—not in a rush for anything.”

“My son has no patience,” I concur. Nathan scowls at me.

“They don’t like city slickers coming here and being rude,” he adds. I grin, perhaps a little too much. Nathan nods seriously but glares at me.

“I’ll be careful,” he promises.

“Take your time,” the policeman says. “There are some things that don’t need to be rushed.” And with that we are on our way.

Admittedly, the fact that my son was called a city slicker is the highlight of my trip.

But Nathan is grumpy and is looking for the closest on-ramp to the highway, which signs indicate is just a few miles ahead. He reminds me that I said he was rude. And impatient.

“You are,” I say. “Otherwise, you would be happily meandering along Route 1 for another two days, appreciating your mother’s company.” Nathan is silent.

Then the billboards for fresh-baked cookies begin. Photos of fresh-baked cookies point us to another small town ahead. Nathan says we are not stopping at any more small towns. But the non-stop pictures of giant fresh-baked cookies are so irresistible that we have to stop and buy cookies for everyone we know (and for ourselves). We munch on a couple of fresh snickerdoodles, and when we return to the car I sit with a mixed bag of bite sized chocolate chip, snickerdoodle and salted caramel cookies on my lap so we don’t lose them. “He called me a city slicker,” Nathan says with a laugh. I laugh too and I am happy.

“You’ve had enough fun,” Nathan points out. He sees the on-ramp to the interstate, makes the turn, and suddenly we’re on a four lane highway heading south, due to arrive in San Diego just after sunset.

Now fast forward a year: My son is packing before moving to another country. “Remember when that policeman called me a city slicker.”

“Actually, that’s one of my favorite memories,” I say. “I’m going to remember that for decades to come.”