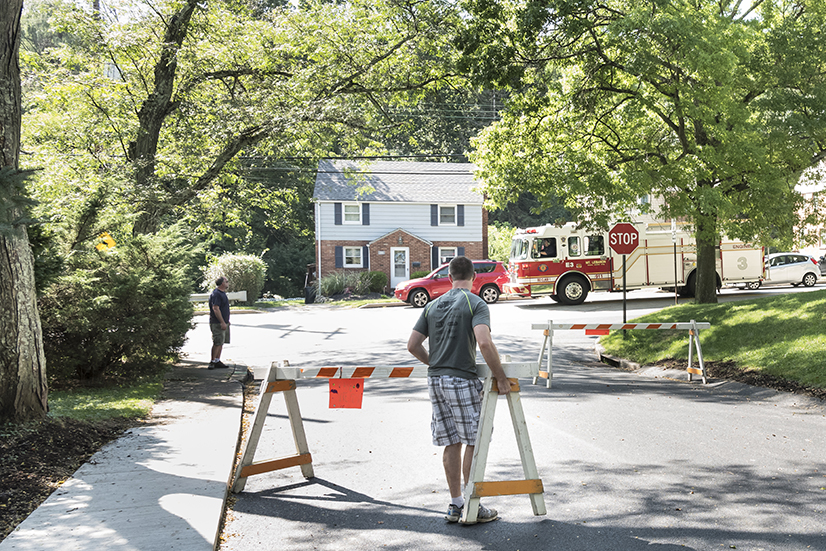 It’s hard to tell who was smiling more: the kids or the dads.

At the Orchard Drive Block Party, a 37-year-old tradition (according to its Facebook page), two dads held the end of a massive slingshot, while giggling kids queued up in a seemingly endless line for a turn to launch water balloons down the length of the street.

“Pull hard! Pull hard! You got it! Oh, splat! Nice one!” the dads called. Ironic that the sling-shooters were standing on the street’s speed control hump; those balloon missiles were going fast.

Such traditions are what make Mt. Lebanon’s rich history of block parties so much fun. The party can be a simple affair with a potluck meal and a fire pit. It can be a full-service event, with a restaurant or caterer making the food and elaborate games and entertainment. Or more likely, something in between. 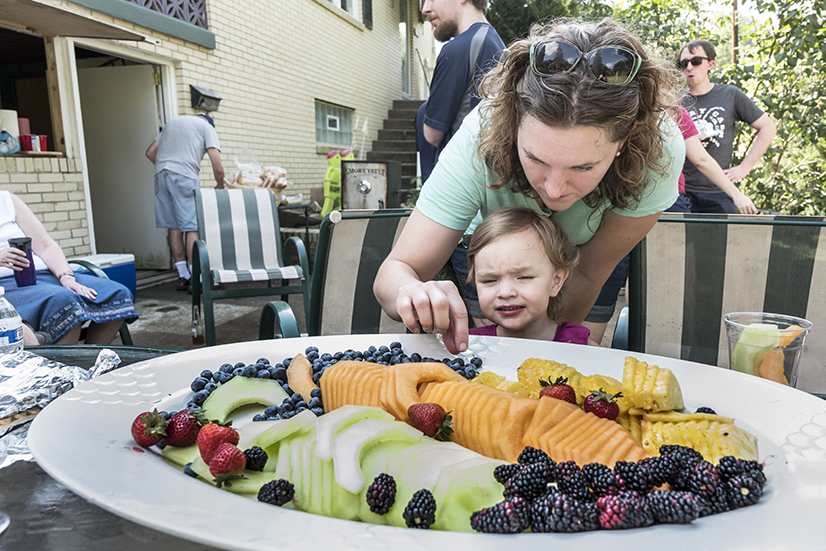 “[The Labor Day weekend block party] has helped Orchard Drive become a unique community where neighbors really get to know and look out for each other,” says organizer Mark Frederickson, who also maintains the annual party’s Facebook page. “Whenever someone new moves in, I try to go out of my way to introduce myself, and the conversation quickly leads to the block party. I always mention it as being a great way to meet everyone, and their kids will probably run into whoever will be in their class next week.”

“We in Cedarhurst have our block party each September,” says Nancy McKenna. “Each year we do a beer and wine exchange. You bring a six-pack and take a six-pack with a variety of Octoberfest beers offered. We also do the same thing with bottles of wine. We have a bouncy house for the kids and a movie at dusk. We order the main meal from Giant Eagle and Lebo Subs. We have about 150 people.”

Some parties are a moveable feast. Last year, residents of Cedar Boulevard and Beadling Road moved their party to the Bird Park Drive cul de sac where busy traffic would not be an issue.

The nuts and bolts of planning

The Mt. Lebanon Public Works Department handles block party permits. An adult in charge of the party for the street needs to fill out a short permit application at www.mtlebanon.org, pay a $25 permit fee and turn it in at least 30 days before the block party. On the application, you’ll need to specify which street you want to have blocked; you can only block it at its intersection with other streets so that cars are not doing three-point (or 20-point) turns to get out of there, creating an unsafe situation. You also must agree to let in visitors and delivery trucks.

No fair planning a block party for your wedding or birthday party. Everyone on the street needs to be included. An easy way to make sure everyone knows about the party is a Save the Date flyer. Have the kids in the neighborhood put them in everyone’s door. For the safety of the kids Trick or Treating throughout the municipality, no one can have a block party on Halloween. If you live on a heavily traveled highway, arterial or collector street (and there are about 30), the Mt. Lebanon Police Department will need to approve your application. You will be notified.

On the weekend of the block party, public works will deliver the barricades, along with volleyball standards, if you requested them. (You’ll have to pick up the volleyball net at the Rec Department on Cedar Boulevard, for a $10 deposit, from 8:30 a.m. to 5 p.m. during the week.)

When it becomes too dark to safely bike, rollerblade or skateboard, it’s a perfect time for a fire pit with s’mores, a movie projected onto the side of the house and a dance party in a flat driveway. Hire a local DJ or have an older kid (with G-rated taste) put together a playlist on iTunes or Spotify. Hang disco lights. Try karaoke. Hand out glow necklaces and sparklers (for the older kids).

Night is often the best for bonding, when the kids are back from sports obligations or activities and adults are finally relaxed after a long day.“Early on the day after the event last year, I was walking around and looking for trash and found a pizza crust near where the fire pit was,” Frederickson says. “Later that morning, I mentioned the pizza crust to the guy that owned the pit and he said, ‘Oh yeah. About midnight, we had pizza delivered.’”