Have you been following along with our Side Hustles and Uncommon Labor series in Mt. Lebanon Magazine? This week on our #LeboLife blog, we’re getting a behind the scenes look at a job that is both a side hustle and an uncommon labor: The freelance writer. Lebo resident Al Vrabel shares his passion for writing.

Comedian Rodney Dangerfield carved an entire career out of his infamous one-line catchphrase, “I don’t get no respect.”

Freelance writers like me can sympathize with him. We are part of a long line of literary creatures who got no respect—or money–for their creations, and struggled mightily to survive while eking out a living from their craft.

Walt Whitman, Herman Melville and Nathaniel Hawthorne were clerks by day and writers by night. Stephen King, on the other hand, wrote Carrie by day and pumped gas by night.

Edgar Allan Poe didn’t own a proper coat to wear to dinner parties and died penniless. Washington Irving declared bankruptcy. Edna St. Vincent Millay lived in the tiniest house in Greenwich Village. And early in his career, Mark Twain kept a coin in his pocket and never spent it, just to say he wasn’t completely broke.

Henry David Thoreau’s publisher once dumped a pile of Thoreau’s books on his doorstep because they were cluttering his warehouse. In her lifetime, only a few of Emily Dickinson’s poems were published out of the thousand she had penned.

As a writer, I can certainly relate.

Fifty years ago, I started writing poems, short stories and songs as a freshman in college. The first poem I wrote was called The Carillon about the ringing of church bells. The first song I composed was a country tune called Slow Movin’ Train, Midnight Whistle Blowin’ about the dreamy sounds rumbling in the distance in the darkness of night.

I was elated when one of my poems was published in Duquesne University’s literary magazine in 1974.

I still have that magazine, but not the mountain of rejection letters I received from record companies for demo tapes I submitted.

Since that first heady experience of seeing my name in print, several more of my poems and short stories appeared in Duquesne Magazine. Back in the 1980s, I also wrote articles for the Mountain High and the Pleasant Hills Patriot, two local newspapers that are now defunct.

Then ensued a decades-long hiatus when I shied away from aspirations to be a writer and worked a series of day jobs with regular paychecks—how else could I pay the mortgage on my Mt. Lebanon home? Yet I continued to compose poems, songs and stories, mainly to amuse myself and my family, much like Jane Austen and Louisa May Alcott did before they were ever published. My unpublished collection of 200 songs and dozens of manuscripts will make a good bonfire someday.

I broke the hiatus just once when I submitted a song, Keep Dreaming, to Mt. Lebanon High School in 2002.  I’m proud to say it was performed in a school concert marking the first anniversary of the September 11, 2001, terrorist attacks.

Not until the past few years did I really renew my efforts to be a writer, after my wife pieced together her own part-time career as a freelance writer and encouraged me to try again for publication. I was pleasantly surprised when the Pittsburgh Post-Gazette and the Mt. Lebanon Magazine both published my work.

I was equally amazed that I actually got paid small sums for my pieces.

My wife teases me about that, but I retort, “Hey, at least that money makes me a professional writer.” These days, freelance writing is just a part-time hobby for me, rather than a serious money-maker.

But you can’t put a price on the blood, sweat and tears poured into scribbling notes and searching for the right words to match your perceptions and feelings, moods and ideas. Dylan Thomas aptly described creative writing as a “sullen art exercised in the still night.”

In Latin, there is a term, “furor scribendi,” connoting a passion for writing. That applies to me, and probably all freelance writers. Whether it’s a gift or a curse is debatable. I spend sleepless nights and rainy Sundays at my desk in my sitting room, frantically jotting down my innermost thoughts and private feelings into notebooks, trying to make sense out of the human experience and wondering if some editor somewhere will think it’s print-worthy.

Editors can be intimidating at times. After sending them your precious, silver-worded submissions which you toiled over for hours, you are at their mercy waiting for their thumbs up or thumbs down, like a gladiator before Caesar in the Colosseum 2,000 years ago.

You wait and wait for a response—any response. Will they love it? Will they hate it?  Will they ignore it? (Please, please, just respond!)

Sometimes I abase myself and send ingratiating emails to editors—um, just a friendly reminder—to jog their memories about my submissions. Me: “Sorry to bother you, but have you read my article yet?” Them: “No, can you please resend?”

Uh-oh. They lost it. Or overlooked it. Or deleted it. That’s even worse than a resounding rebuff. 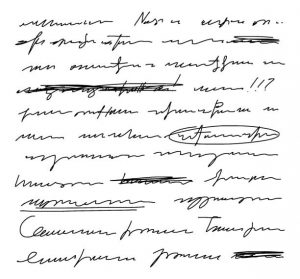 For consolation, I remind myself that F. Scott Fitzgerald and J.K. Rowling both had dozens of rejection slips. I also recall that Decca Records turned away the Beatles, telling them, “Groups of guitarists are on the way out.” And locally, in 1964, even the Rolling Stones were coolly received by the audience at West View Park because the crowd clamored for Bobby Goldsboro.

Unlike literary critics who are usually proficient writers, most music critics can’t play a note. In the 19th century, Oliver Wendell Holmes observed that “Nature, when she invented, manufactured, and patented her authors, contrived to make critics out of the chips that were left.” When my wife—my harshest critic—evaluates my prose, I cringe when she solemnly declares “It’s good, but…”

Writing runs in my family. At age 80, my oldest brother just self-published his first novel. It was a bucket-list dream come true and a legacy for his family. A hundred years from now, who knows? A copy of his book may still be around.

Robert Frost derived inspiration for many of his poems from ordinary life. While working on a farm, he wrote about apple picking and mending stone walls, metaphors with deeper meanings and philosophical connotations.

Like Robert Frost, I will always be inspired to write about the human condition, even if I never get another piece published, and even if—like Rodney Dangerfield—I get no respect.