How many times has this happened? You’re driving home from work, minding your own business, when all of a sudden you’re stuck behind some crunchy-granola biker who’s going seven miles an hour down Washington Road, slowing you to a crawl until he blows right through that red light and goes on his way. Bikers. Am I right?

So then you get home, go for a bike ride to cool down, and some texting, makeup-applying clueless clot in a car almost scrambles you right in the middle of a crosswalk. Drivers. Am I right?

Too shaken to go on, you rack your bike and start walking back home, only to be forced into the street by a pack of two-abreast runners so robotically focused on their regimen that they can’t see what’s in front of them. While you’re stepping out between the parked cars to try to negotiate a path, you almost get clipped by a biker who’s trying to claim his legal right to four feet of space from the car that’s veering across the double yellow lines rather than slow down and let the biker pass. Everybody. Right?

Even though many of us assume the roles of driver, cyclist and pedestrian on a daily basis, it’s easy when you’re in one role to forget what it’s like to be the other two.

In 6.2 densely packed square miles, Mt. Lebanon has 33,000 people in almost 15,000 households with however many vehicles and bicycles come attached. Also, more than 60,000 vehicles pass through here daily from our southern neighbors to and from Pittsburgh. With that much activity, there will be scraped nerves and frayed tempers out on the streets. Mt. Lebanon has received the Platinum Award from AAA, its highest award for traffic safety, for the past eight years, so we must be doing something right. However, to keep things from escalating beyond  creative invective and hand gestures, let’s review the ground rules:

The rules you were taught as a child still apply. Look left, then right, then left again before crossing the street. Obey all the signals.

Always use the sidewalk. If there is no sidewalk, walk facing oncoming traffic. Cross only at marked intersections.

Try to make eye contact with drivers, so you know that they know you’re there.

Don’t cross at a place where the driver may have a restricted line of sight, such as behind a parked car or an overgrown hedge. Make sure both sides of the road are clear, and there is no one passing parked or standing cars in the opposite lane.

Even if you are in a clearly marked crosswalk with the lights all on your side, don’t contest the crosswalk if an oblivious driver comes blundering through inside of 3,000 pounds of 35-mph mayhem. You will lose every time. You would be totally in the right. And they could put that on your tombstone.

It’s a good idea to not wear headphones and stay off your phone the whole time you’re walking, but it’s imperative to be clear of them while you’re crossing the street. A recent driver pedestrian accident in Mt. Lebanon occurred because the pedestrian was distracted with earbuds.

That pedestrian with the earbuds who was struck by the car was also wearing dark clothes while running at night. If you’re walking or running at night, be sure to wear reflective clothing and carry a flashlight.

Always have identification on you in case of an emergency. 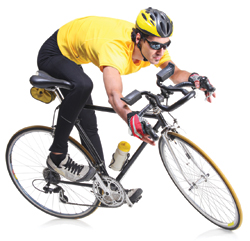 Last year, Pennsylvania enacted Safe Passing legislation, which requires motorists to allow at least four feet of space between their vehicle and a passing bicyclist, even if it means having to cross a double yellow line into an oncoming lane of traffic. The law also makes it illegal for a right-turning motorist to cut off a bicycle while making the turn.  Bicyclists must stay as far as safely possible to the far right-hand edge of the road.

Cyclists are required to follow the same traffic laws as motorists. No cruising through stop signs or red lights. Yield the right of way to pedestrians and make sure to give them some warning prior to overtaking and passing them.

Stay on the street. It’s against the law to ride on the sidewalks in Mt. Lebanon’s business districts. This also applies to skateboards and rollerblades.

Share the lane when you are moving slower than motor vehicle traffic and can safely bike to the right. Move as far right as you safely can. Always ride in the same direction as traffic.

Be alert to the door zone, the three to four feet of space next to parked vehicles where someone can open a door into your path. Also be extra alert at intersections, as motorists may not always signal when they are making a turn.

If you’re biking in the rain, remember that metal surfaces, painted traffic markers and wet leaves can become more slippery that the surrounding road surface.

To learn more about coexisting with cars, download a copy of Bike Commuting 101 from Bike PGH, bikepgh.org/101/bikecommuting101.pdf 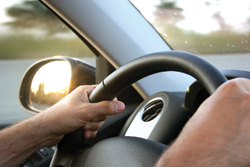 Mt. Lebanon Police Department says 80 percent of all pedestrian/vehicle crashes in Pennsylvania are the result of something the driver did wrong. 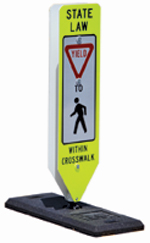 Don’t be an aggressive driver. And before you say it, yes, you do so know what that means. Riding someone’s bumper, blasting the horn the second the light turns green, generally driving like you have a heart transplant patient prepped and ready on the table, instead of just heading to the bakery to see if they put the day-old stuff out yet. Aggressive driving is against the law. (Note: As I wrote that very line, I heard a seven-second horn blast out on Washington Road. It’s not worth the aggravation, people).

Avoid all of the myriad distractions that come with driving a car and trying to multitask—stay off the phone, don’t eat or drink, don’t read, don’t groom yourself, and whatever else we didn’t cover here but is possible to do behind the wheel. The time you save isn’t worth the risk.

Drive defensively, walk defensively and ride defensively. Always be aware of your surroundings. Dial back the attitude. We all have to live here.