In case you missed it: This is a story from December 2015. Orchard Drive will feature the luminaria again this Christmas Eve stating at 5 p.m.

This story is not about Greg Engelmeyer. He wanted to be sure you knew that. It is also not about his wife, Diana, who died in November, of cancer. “She was a tremendous woman,” Greg says. That the Engelmeyers and their children, Jenna and Mark, are beloved by their neighbors, will be obvious in just a moment. But what makes this story special is just how far their Orchard Drive neighborhood went to make the family feel comforted.

When Diana was sick, the neighborhood banded together and did what many do in such circumstances: they made meals, they walked Max and Olive, the family’s rescued dogs. But they seemed to go a little farther than many neighbors. When family members flew into town, they picked them up at the airport. And when finally it came time to have the funeral that everyone wished wouldn’t have needed to happen, 40 or so Orchard Drive neighbors were talking about what they could do.

“It’s hard to know what to say to somebody. We all struggle with what to say,” says Greg’s neighbor, Gayle Irwin. But she wanted something simple, something inexpensive, but meaningful to show “We stand with your family.”

Light was the answer.

When Greg and his family returned exhausted from the second viewing, making their way to their home after 8:30, in the dark of night, they found the street illuminated by candles. Both sides of the street were awash in luminaries. The lights continued up his walkway and stairs to his portico, to a lit tree, on which many tiny notes hung. The handwritten notes spoke of how the authors remembered Diana and how much she was loved. 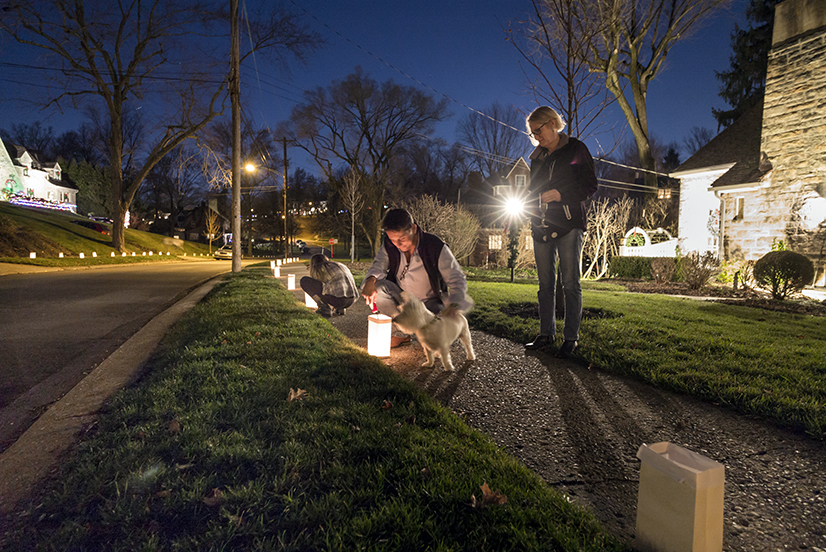 “We were awestruck,” Greg says. “Nobody had ever seen anything like that before.”

Irwin had the idea to do the luminaries. It would be easy. It would be quiet. It would be meaningful. She sent a quick email to the neighborhood and the response was overwhelming. Neighbor Leigh Ann Petulla helped coordinate and pulled the group together. “Everybody just helped. It was so typical of our neighborhood,” Irwin says. “It was a very beautiful way to do it. I think everybody felt good that they did something quietly.”

In the morning, Petulla’s children walked the sidewalks, collecting the spent bags of sand and wicks and disposing of them.

The group felt so connected, they’re doing the luminaries again, on Christmas Eve. After a toast to Diana and “to our great fortune to be in a good neighborhood,” Irwin says they will put the lights out again, in hopes of starting an annual tradition. She expects the lights to be out by 6 p.m. for passersby to see. 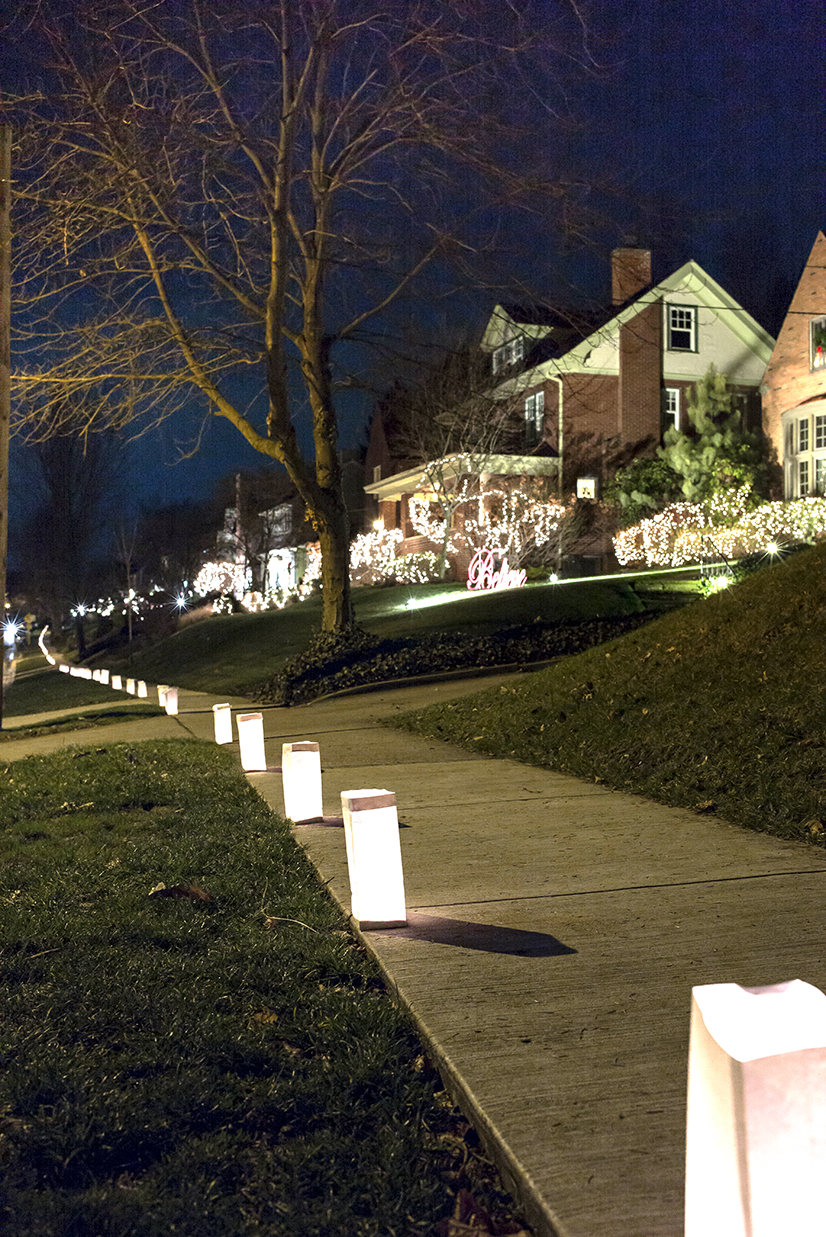 Irwin says this is not untypical of people in Mt. Lebanon. “It’s regular people doing little things that can make a difference.”

For his part, Greg’s children are grown and moved out. His house is not young. It needs work and he’s not sure he wants to be the one to do it. “I’m a single guy with grown kids and after all these years….” his voice trails off and one can sense there’s a “but” coming. “Why leave such a great group of friends? I’m in no hurry to move.”

Have your neighbors done little but beautiful things for you? Comment with your story and help spread the light.