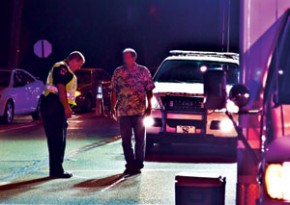 The guy in the tropical print shirt is having a bad night. His Volvo was the very first vehicle to enter the DUI checkpoint that was set up on Washington Road near The Galleria on a warm summer night; after a short Q&A with a task force officer, he is asked to step out of his car and do a few field tests, while the officer’s partner drives the car to a holding area. As he tries his luck at balancing on one foot, reciting the alphabet, closing his eyes and touching his nose and other roadside gymnastics, a phlebotomist in a sterile trailer parked amid the traffic lanes prepares to take her first blood sample of the night. The guy’s night is about to get worse.

The Mt. Lebanon Area DUI Sobriety Task Force is a joint effort among 10 communities and is funded by grants from PennDOT’s Highway Safety Program. The grants pay for all of the equipment—lights, generators, traffic cones, a trailer to keep it all in—and the personnel costs for the 20 or so officers it takes to run the checkpoints. Lt. Mike McMurtrie, head of Mt. Lebanon’s traffic unit and the point man for the task force, estimates overtime costs at about $5,000 per checkpoint. Any subsequent court time that results from the arrests isn’t covered by the grant, but is paid for by the officers’ department. The PennDOT money is enough to pay for four stationary checkpoints a year.

Cops from Mt. Lebanon, South Fayette, Heidelberg, Scott, Baldwin Township and Collier staff tonight’s checkpoint. At a little before midnight, the 20 officers, two trailers, innumerable traffic cones and plastic pipe rails are all set up and the task force is open for business.

The officers work in two-person teams, contact and cover. The contact person interacts with the driver, asking for license and registration and assessing for telltale signs of intoxication. The cover officer stands on the passenger side, shining a light into the car, looking for weapons, drugs or anything else potentially illegal or dangerous that’s in plain sight. The cover officer also watches the contact officer for a sign that the driver is impaired.

Because it was a warm clear night, the task force was able to set up a temporary holding area for DUI suspects and their passengers out in the open. Before very long, a couple of early-20s passengers from a black pickup take seats and watch their friend try to prove his field sobriety. “The tests are conducted to determine if a person is intoxicated to a degree that they are incapable of safe driving,” says McMurtrie. A driver who fails the test is arrested for DUI and asked to submit to a blood withdrawal, which he or she can refuse, but a refusal carries an automatic one-year license suspension and other penalties. You can still be prosecuted for DUI, and you are automatically put into the most serious tier of offenders, those who register a .16 or above blood alcohol content.

The blood tests aren’t performed on the spot. At the end of the night, a police officer takes the blood samples to the Allegheny County Crime Lab. Even though the intoxicated drivers are arrested, they are seldom jailed.

“We would crowd out the county jail every weekend,” says McMurtrie. Instead, if the driver can call someone to pick them up, they can go home and wait for their paperwork to arrive in the mail. Their vehicles are impounded, however.

A DUI arrest and conviction is easily a four-figure expense. “Depending on the complexity of the case, and the number of times you have been arrested before, you can expect to spend anywhere from $1,000 to $5,000 on legal fees,” says attorney and Forest Glen Drive resident Anthony DeLuca, of DeLuca, Ricciuti and Konieczka, who defends people accused of drunk driving as well as other criminal activities. Court costs and fines can tack on an additional $1,400 to $2,500 or more for a first offense, and can run as high as $10,000 for subsequent offenses, in addition to license suspensions and jail time—anywhere from three days to five years.

The best defense against a DUI charge usually is to challenge the legitimacy of the stop, says DeLuca, but at a checkpoint, unless it’s being run improperly, that argument goes away. Where an attorney can help in that case is to try to negotiate a lighter sentence.

“You have no right to counsel before taking the blood test,” DeLuca says. “However, once you’ve been through that process and have been arrested, and the officer is asking you questions about where you’ve been and how much you’ve had to drink, the wisest thing you can do at that point is just to say ‘I want a lawyer.’”

In addition to DUI, drivers are charged with any other violations discovered during the investigation. Most common are driving with a suspended license, expired inspection, and possession of drugs or drug paraphernalia.

At the unlucky stroke of midnight, a kid in a black pickup gets pulled over with a junior license. “You know you can’t be out here now, right?” asks a Collier Township patrolman. “We’re going to have to write you up.” The officer sticks a piece of paper under the pickup’s windshield wiper and directs the driver off to another area within the blocked-off roadway where, to speed up the process, other cops are waiting to write up the violations spotted by the contact team.

If drivers are not impaired and have their paperwork in order, each stop takes about 30 seconds. There are four teams working each side of Washington Road, so that amounts to 16 cars a minute. Still, even at that brisk pace, by about 12:30 there is a line of traffic curling up Washington Road and out of sight. In order to avoid gridlock, the teams put a temporary moratorium on writing up additional traffic violations, and within a few minutes traffic is manageable again.

So far, all of the drivers have been polite and cooperative, which is not always the case. McMurtrie tells about a night a couple of years back.
“The guy blows a .2, the name on his license is something very Irish, and he had this big tattoo on his arm that says ‘Irish Pride.’ Yeah, I thought, this guy’s going to be a fighter.” Sure enough, he started swinging.  “I just saw his name in a report a couple of weeks ago, getting arrested for the same thing.”

Bill Oslick, a Collier Township officer, recalls a checkpoint he worked on with city cops and state troopers, at the Birmingham Bridge. “First 10 cars, we pulled out three guns. Then someone jumped the line and we had to chase him. He ended up smacking into a light pole.”

One of the misconceptions about DUI and other traffic offenses is that it’s a moneymaker for the community.  “I hear from many people that we should set up speed traps on perceived problem streets and write numerous tickets to deter speeding and also add funds to the municipal coffers,” says McMurtrie. “I hear the same argument for checkpoints, that we are just looking to make money for the municipality. While it’s true that Mt. Lebanon receives half the amount of any traffic fines, that gain is offset by the cost of the officer’s time testifying in court.

“The same holds true for any arrest,” says McMurtrie. “An officer might attend court on overtime on any given arrest due to postponements, suppression issues, etc., and if a conviction is the end result, the municipality will not make money on the fine amount received.” 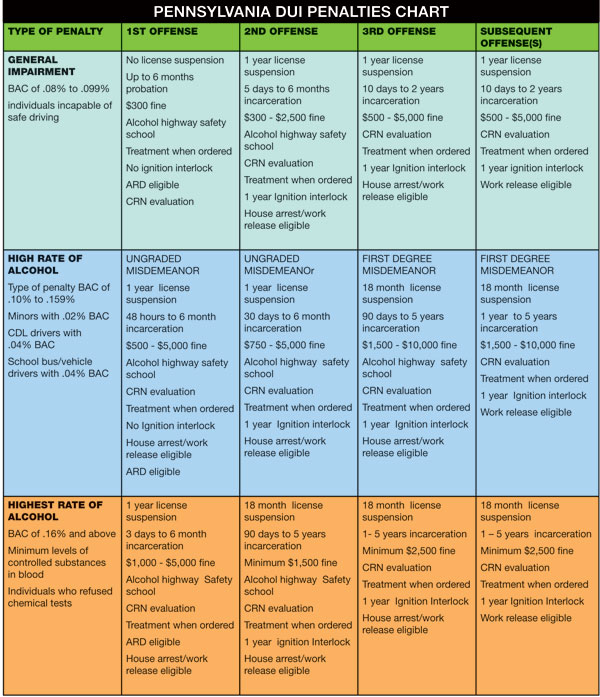 At the end of the night, around 3:15 Saturday morning, the tally was 11 DUI arrests; one arrest for underage drinking; one arrest for possession of marijuana; and 11 other traffic citations.

McMurtrie is pleased with the results, but even happier to find a lot of designated drivers. “We publicize the checkpoints as a deterrent,” he says. “The goal is to keep intoxicated people from getting behind the wheel. If we have to make arrests, we will, but if we can educate people to find a designated driver, or even if someone sees that we’re setting up a checkpoint and that convinces them to just stay home, then we’ve accomplished the goal.”