Washing the car on a July Sunday afternoon, and the gentle trickle of the water through the soap of the sponge makes a slight squeak against the windshield. Turn up the stereo. Summer breeze, makes me feel fine, blowing through the jasmine in my mind.as children giggle running through a sprinkler in the front yard.

“Anyone want a popsicle?” Mom yells.

The sounds of summer. 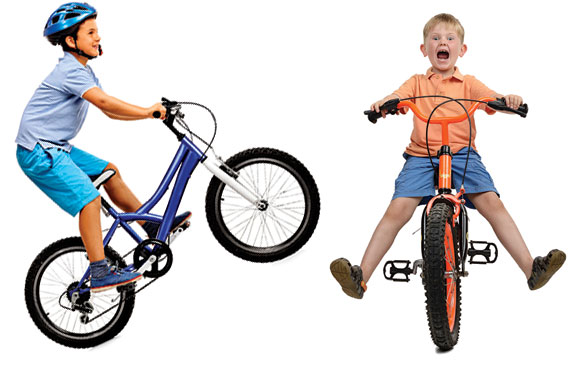 [1]It’s 7 a.m. on a Saturday, and the neighbor fires up his Lawn Boy, which sounds like it hasn’t had a good lube since the Carter administration. Your head is still pounding from that allergy headache’ or is it from the sleep you lost listening to the kegger the neighbor kids had until 3 a.m.?  Cue the barking dog next door. Of course. Add the buzz of traffic, air conditioning units that click on and off and the seemingly perpetual din of construction work to the mix.  Yes, Mt. Lebanon summers can be noisy.

Whether you hear those sounds as a delight of a living in a bucolic Norman Rockwellian town or as the reflection of a self-centered, I-gotta-get-this-yardwork-done-now Attitude (with a capital “A”) depends on your perspective.

Everyone is busy, and people have schedules to keep. Compound that with gadgets that make our lives easier, if a little louder: a leaf blower instead of rake, for example.  Toss in the fact that Mt. Lebanon houses can sometimes be located a little too close for comfort; add loud kids and even louder pets, and you have ripe opportunity for conflict. 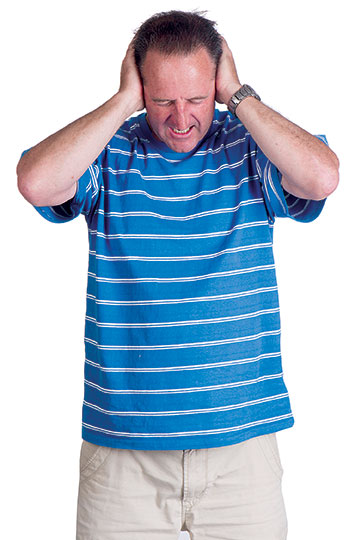 Otherwise, most noise issues result from breaches of common courtesy or conflicting expectations about what sorts of noises are acceptable when.  People clearly have various levels of tolerance for both noise and their neighbors.

Since there are few clear-cut rules, when a 911 complaint comes in, the responding officer uses his judgment to determine whether the reported noise is too loud for the place and time of day.  With luck, a simple “There’s been a complaint.  Would you turn down the music,” solves the problem. But if the problem is serious and persistent, a citation could result.

Calling the police might not be necessary, says Borrelli Dorn, if people would speak up politely when annoyed, realizing that perhaps the neighbors don’t’ realize they’re causing an issue.

Borrelli Dorn sees people’s reluctance to interact with one another as a growing problem. “They are actually afraid to engage another human being. They aren’t used to directly talking to other people,” she says.

Lt. Duane Fisher of the Mt. Lebanon Police Department agrees with Borrelli Dorn. Most people who call in noise complaints don’t even leave their names, he says, and the police never speak with them. This creates an enforcement issue, because if the noise has stopped by the time police get there, the officers don’t have enough information to cite someone. Fisher says he believes callers prefer to be anonymous either because they fear retribution or they just want the situation to stop without causing an ongoing problem with a neighbor.

“If they would just go over and say ˜Hey, will you turn that down?’ Most people will,” Fisher says. “A lot of these neighborly issues can be resolved just by people talking to each other.”

Borrelli Dorn offers a good example of how a simple conversation can produce a simple solution. Apparently, the wind had knocked her motion-sensored outdoor spotlight loose, causing it to shine into her neighbor’s window. He mentioned it’ she had no idea it had moved’ and fixed it immediately. Problem solved.

Sometimes, it makes sense for the person who is annoyed to solve the problem for himself, says Fisher, who has learned this firsthand.  As a police office, he sometimes works night shifts and needs to sleep during daylight, so he has earned to to mask the sounds of squealing children, lawn mowers or validly timed construction work. “I got a little air conditioning unit to drown out noise, or I put on a fan,” he says.

Dorn agrees: “My rights end where yours begin. You can’t keep looking to the outside for other people to bend to your needs”

Do we really expect kids to sit quietly on a veranda on a warm summer night, sipping lemonade and discussing international trade law? Or should we welcome the sound of a bouncing basketball and voracious cheering as a sign of healthy activity by kids who are not skulking off to drink beer or try drugs? A little tolerance can go a long way toward good neighborly relations.  On the other hand, if you know your neighbor is taking a predawn flight the next morning to bury his favorite aunt, perhaps the kids can head to the park for the evening.

Only about 5 to 10 percent of noise complaint calls ever turn into citations. Typically, the police can’t substantiate the claim or the offending party quickly remedies the situation. Of the about 25,000 annual police calls for service last year, about 438 were for noise-related issues, most of those were between April and September, when more people are outside.

An officer who responds to a noise complaint can issue a disorderly conduct citation, if he thinks it is merited.  This is a summary offense, a low-level offense that may result in a fine. Failure to heed a police warning or to pay a fine can turn into a misdemeanor, however, Fisher says.

[4]The largest number of 911 noise complaints were for barking dogs (30), followed by commercial construction (17), general noise (16), loud music (13), noise dispute (11) and other issues such as fireworks, lawn mowers and emptying dumpsters. But those are just the police calls. How many more people were upset and never called? Who knows?

For people who have ongoing issues with noise but don’t want to use the court system, the municipality’s Community Relations Board has a way to help: its mediation program. The free program is staffed by members of the board who are trained in mediation. First, both parties must agree to mediation, Borrelli Dorn says. (There are forms to fill out to get the process started on www.mtlebanon.org). Then, both sides get their own mediation coach, who listens to the complaint and helps the person define the complaint in an emotionally neutral way. For example, removing the “you always” and “you never” from the conversation.

Once each side has had an opportunity to talk individually with a mediator, they all get together with a third mediator who hears both parties and tries to help them forge a solution. This process avoids court. “Court eats you up and spits you out,” Borrelli Dorn says. Mediation also avoids escalation of the incident. Even simple problems between neighbors can eventually end up with someone being charged with harassment, an offense that can show up in an internet search and cost someone a job if a potential employer searches. “These things have impact,” Borrelli Dorn says.

Perhaps even more important, disputes with neighbors can have a negative impact on quality of life. “It’s stressful to have someone hate you, and it’s stressful to hate someone else. Why do you want that? Keep it from getting ugly,” Borrelli Dorn says.