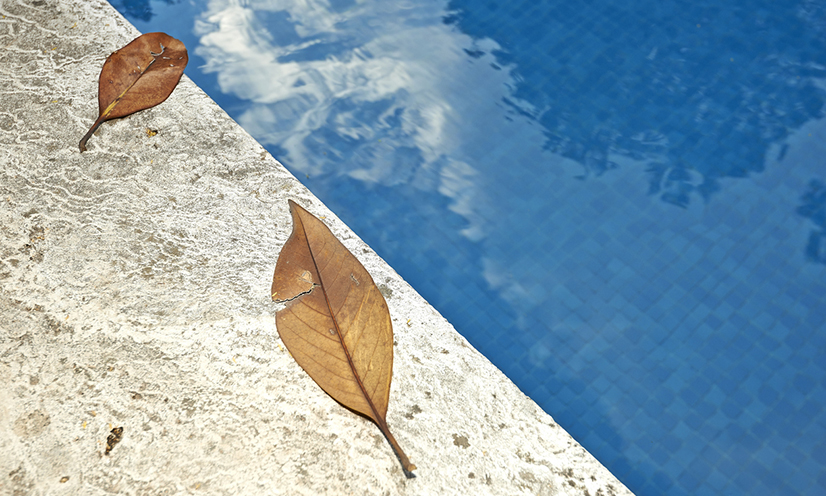 On Labor Day, the unofficial end of summer, swimmers take their last laps at Mt. Lebanon Swim Center. The pool then closes, but the work on the pool doesn’t stop then. That’s when Recreation Facilities Manager Bob Hlebinsky and his crew begin the “winterizing” process that ensures the pool remains in good shape throughout a western Pennsylvania winter.

Filling the pool in the spring takes about 24 hours and is relatively easy. It proceeds in stages. First, it’s filled to the diving well using a fire hose and water through the filters, where the filling process stops for a couple of hours to make sure the water level doesn’t go down, revealing leaks. Then it’s filled to the drain boxes and finally over the jets, where in both cases the water level is again monitored to be sure there are no leaks.

Draining the pool takes much longer than filling it. Before the water can be released into the ecosystem, it needs to sit for a week or so to allow the pool chemicals to neutralize. Then, the water is slowly pumped out with a sump pump, into the sewer system in stages over the next week to 10 days. Once the water is out of the pool, workers open up the water lines and let them drain into the filter drains, diving wells and skimmer, where they are pumped out.

When that is completed, Hlebinsky calls in a contractor to remove the water features, blow the remaining water out of those lines and out of the water jets and to seal up all of the pool’s water lines, after adding antifreeze because, “You’re never going to get all of the water out,” says Hlebinsky.

And even if you could, there is always more water underneath. Ever wonder what those little square cutouts that look like boxes on the bottom of the pool are for? They’re hydrostatic caps, and they give groundwater a place to collect under the pool. If they weren’t there, the groundwater could put so much pressure on the pool floor that it would make for an uneven surface, perhaps creating a safety hazard. “You see a sign that says six-foot depth, so you dive in, but [if the surface should buckle because of ground water] part of that surface might be a lot less than that,” says Hlebinsky.

When all the work is done, it’s time to shut off the water in the bath houses and bring all of the equipment inside for storage.

“Then before you know it, you’re bringing everything back out again for another season,” Hlebinsky says.