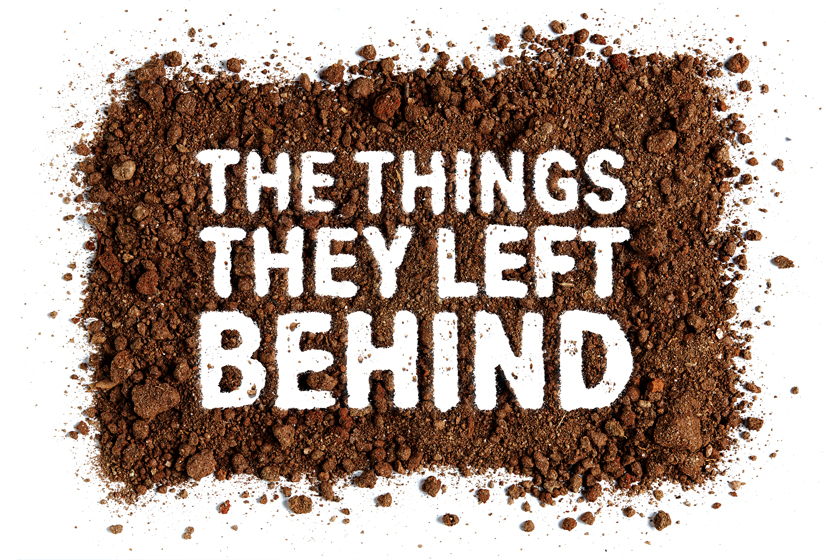 his is definitely not Indiana Jones,” said archaeologist Sarah Neusius about her career. A recent story in Smithsonian Magazine, “The Enduring Myths of Raiders of the Lost Ark,” echoes her point—that the field of archaeology today is far more scientific, has infinitely more respect for cultural materials and has fewer swashbuckling historians than what the Indiana Jones franchise portrays.

Sarah and her husband, Phil, who is a member of Mt. Lebanon’s Historic Preservation Board, are both lifelong archaeologists and tend to be modest about their careers. But when you really start talking to them about the significant sites they have worked on, the artifacts they’ve handled and the people they’ve discovered, you start to wish that Hollywood would build a franchise based on the real thing.

Phil is originally from Detroit and Sarah is from Chambersburg. They met in Illinois in the late ’70s. Sarah had finished her graduate degree and was working on her Ph.D. at Northwestern University and conducting field work on the Koster site, a significant archaeological site in Illinois originally inhabited more than 8,000 years ago and occupied by various Native American cultures over the millennia. Phil was finishing his graduate degree at Western Michigan University, while directing the adult field school program at the Center for American Archaeology, which was loosely affiliated with Northwestern.

“We were roving scholars, people who almost have their Ph.D., or already have it, and travel from university to university and job to job,” explained Sarah. She went on to describe how archaeological teams consist of a well-rounded group of researchers, each with their own specialty to contribute to the excavation and analysis of a site. Sarah’s specialty is zooarchaeology, or the study of animal remains. Phil’s specialty is tools, specifically stone tools.

They got married and traveled to numerous sites around the U.S., from South Dakota to Texas to New Mexico. While Phil was pursuing his Ph.D. at the University of Missouri, his dissertation project was part of a multi-year historic preservation project in southwest Colorado. The U.S. Army Corps of Engineers was building a reservoir in the Dolores River Valley, disturbing thousands of archaeological sites. Phil’s primary job was to look at the tools that came out of each site under a microscope and map chippage and residue to determine the age and purpose of each piece. Many of them are now on display at the Canyons of the Ancients Visitor Center and Museum.

“It was a very active area for the ancient Pueblo people, with sites ranging from small hamlets to large communities,” said Phil. “We couldn’t save everything. In some sites, we were just simply getting some record of what was being lost … In this case, you’re preserving the record, not the site.”

Sarah finished her Ph.D. first and got a job at Indiana University of Pennsylvania (IUP) in the late ’80s, teaching in the anthropology department. The couple  agreed that whoever got the first permanent job would determine where they would make a life, so Phil moved with Sarah to Indiana when he finished his work in Colorado. He set up IUP’s Archaeological Services program, and started teaching at IUP a couple years later. Together, they helped the department add a graduate program, and Phil spent many years as the department chair.

“He might be a better teacher than me. I don’t know,” said Sarah. “We both have our strengths in different areas. I’m a little more research-oriented. Phil has been more administrative and has a lot of skills in that area that I don’t really have … We have been a good team.”

During their more than 30-year tenure at IUP, they had two kids, Virginia and Benjamin, and worked on many archaeological sites in the region. They agree that two of the sites rise to the top as the most significant.

The first was in Ripley, New York. It was primarily a mortuary encampment associated with the Erie people, a group of indigenous people who lived on the south shore of Lake Erie. According to Phil, the encampment is a giant cemetery where people lived while conducting ceremonies for the dead. What makes this site significant is the fact that very little is known about the Erie—they are mentioned in historical records, but disappeared from history in the 16th century. The Neusiuses’ IUP team excavated the site along with a group from the New York State Museum. They received a major research grant from the National Science Foundation for the project.

The second was the Johnston site, in Blairsville. Discovered before the building of the Conemaugh Dam, archaeologists from the Carnegie Museum first excavated there in the 1950s. “But the locals always knew something was there because they were picking up artifacts out of the field. Local people usually know (about a site) before we do,” said Sarah.

The Johnston Site wound up being one of the largest settlements of the Monongahela people to be discovered to date, and many of the artifacts are now housed in the Carnegie Museum of Natural History. According to Sarah, the Monongahela tradition also disappears from the historical record, around 1635 AD, but they are one of the most prominent Native American groups that lived in Western Pennsylvania.

“They were a farming people, who also hunted and so forth. And fished. But they’re not terribly hierarchical. Further west at this period, there are people who are much more hierarchical and left behind clear evidence of social distinctions among the people,” said Sarah.

By the time they retired from IUP, Phil and Sarah together received IUP’s Sponsored Programs Award for Outstanding Achievement in Research, an award Sarah won individually a second time, and the J. Alden Mason Award from the Society for Pennsylvania Archaeology (SPA) for their teaching achievements—the only time the award has been given to a couple, rather than an individual.

In spite of that, Phil noted, “When we were at IUP, we often ran into the situation … where I was referred to as ‘Dr. Neusius’ and [Sarah] was ‘Mrs. Neusius,’ even though she got her Ph.D. and tenure before I did.” Sarah added, “I don’t know that it’s fair to say that, at the moment, archaeology is male-dominated, but there certainly are some historical disparities. Now, almost more women than men are getting Ph.D.s, but they just are not necessarily getting the high-prestige jobs at an equal rate yet.”

They retired from teaching in 2018. For this next stage in their lives, they envisioned an easy commute to their favorite city activities, such as Pittsburgh Pirates games and going to the symphony and the theater, while also being closer to their daughter in Washington County.

“But you never really retire from archaeology,” said Sarah. They also wanted to be nearer to the Carnegie Museum of Natural History, where they are research associates, and SPA activities. The Allegheny chapter has been mostly virtual since March, 2020, but usually the society provides networking and excavating opportunities for seasoned and amateur archaeologists throughout the year. Phil and Sarah are involved in SPA activities on the state level as well as in the Allegheny chapter. Phil is currently on the board of directors at the state level, and Sarah is a past president. She is also the current vice president of the Allegheny chapter.

They chose Mt. Lebanon, moving into their Arrowood Drive home in 2018. “Somewhat appropriate for an archeologist,” comments Phil.

Phil was reading a past issue of Mt. Lebanon Magazine when he first learned about the Mt. Lebanon Historic Preservation Board. Throughout his career, he has worked on many historic preservation projects at the state and federal level, so the chance to become involved at the local level sparked his interest.

“I attended a couple of meetings back in 2019 … The preservation board folks were just amazed that someone actually was coming to a meeting just because they were interested in what [the board] does. I guess they don’t get too many visitors who aren’t there to complain or something,” said Phil, laughing.

The Mt. Lebanon Historic Preservation Board is made up of seven members who serve three-year terms. They advise the Commission on historic preservation topics, such as the restoration of our brick streets, and provide historic and architectural resources for the community. Phil started his term on the board in April, 2019, and is currently the vice chair of the board. He has agreed to serve a second term, starting this year.

Sarah has also been busy, writing research papers and contributing to the Digital Archaeological Record (tDAR). Toward the end of her time at IUP, she teamed up with a colleague from early in her career in Illinois, and received a National Science Foundation grant to synthesize information on over half a million pieces of prehistoric animal bone that were found in sites throughout the central U.S. Her massive contribution to tDAR is one of the achievements in her career for which she is most proud.

“The things we find can be used to tell us about people in the past, for whom there really isn’t much written. Even in the historical period, there are whole parts of what happened in the past that weren’t written down, right?” Sarah said. “There were all sorts of people who weren’t literate, or who didn’t have the leisure to write, and yet archaeology can tell us a lot about them … by looking at the things they left behind.”