Workout inside “the box” Former Mt. Lebanon resident Kevin Beamon lived in Miami for the last two years with his wife, Amanda, and kids, and started doing a popular workout there called CrossFit, which helped him lose 31 pounds. He immediately was sucked into its principles of “functional fitness,” In other words, the exercises you do make you stronger so you can do daily tasks with ease. It also carries with it a strong sense of community as devotees band together for support. “It’s just a way of life,” he says. Now that he and the family are moving back to Pittsburgh, he is opening his own CrossFit studio, called “A Box,” in empty warehouse space at 427 Washington Road (behind Pamela’s.) He hopes to have CrossFit Mt. Lebanon open in early June. While prices are still under consideration, it will operate as a membership with unlimited workouts. Beamon says he will offer discounts for police, fire and medics, who have incorporated the workout into their fitness routines.

Meanwhile, don’t expect fancy equipment. “We don’t buy machines. We are the machines,” he says of the workout, which includes body resistance, burpees, plyometrics and other challenging moves. http://crossfitmtlebanon.com. 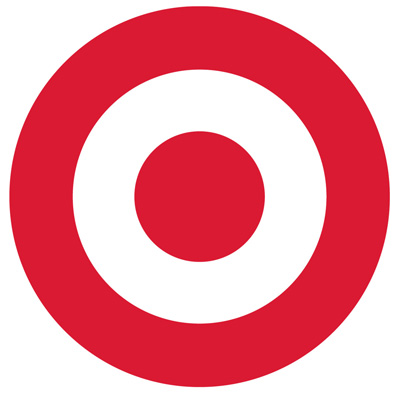 RIGHT ON TARGET It was like Christmas in March when the Target opened in the lower level of South Hills Village—or at least the traffic felt like it. The large store took over the spot formerly occupied by a portion of Boscov’s and part of Kaufmann’s before that (and Gimbels before that, but now we’re dating ourselves).

On three recent trips, you could see shoppers practically dancing down the aisles and enthusiastic employees ready to help at every turn. In addition to clothing, housewares, beauty products, outdoor gear and toys, the store has a full grocery including pantry items, frozen foods, a dairy case and pre-packaged meats.

In the front of the store are a Starbucks and a Pizza Hut, and the store also includes a photo center and Target Mobile outposts. Hours are: Monday through Saturday, 8 a.m. to 10 p.m. and Sunday, 8 a.m. to 9 p.m. www.target.com.

And opened just next door is Bonefish Grill, a seafood restaurant owned by Bloomin’ Brands Inc., the folks who own Outback Steakhouse and Carrabba’s Italian Grill, among other nameplates. www.bonefishgrill.com. 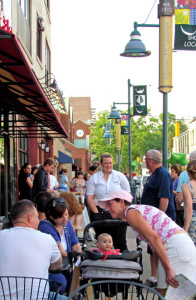 WOW! Walk on Washington, a festival of the businesses and shops on Washington Road, is May 18 from 4 to 8 p.m. Admission is free, and patrons can visit each store for demonstrations, sampling and a chance to win prizes. Organized by photographer Karen Sturgeon and Ona Boutique owner Sharon Clark, the event is in its second year. This year’s sponsors are Bill Few Associates, Howard Hanna and Walnut Grill.