PARK SMART Since you can use your smartphone to order food, deposit checks and watch season two of Mad Men, it seems only fitting that you should be able to use it to help park your car more quickly and easily.

This spring, Mt. Lebanon will introduce a six-month pilot parking program from a company named Streetline, which will digitize parking at metered spaces here. The software will allow you to see where you can park while at the same time telling parking enforcement officers where cars are parked illegally. 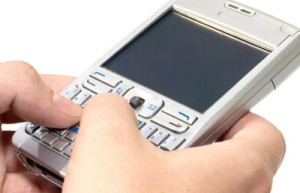 If you’re on your smartphone or tablet, you’ll be able to use Parker, a free app that will show nearby lots, street parking areas and garages, with pricing and time limits. Best yet, the app shows you where you can find open metered spaces, saving you time and valuable gas money.

Streetline has been successful elsewhere, says Nick Schalles, Mt. Lebanon’s information technology manager, the department in charge of implementing the program. Other cities using it include Los Angeles, Indianapolis, Reno and Fort Lauderdale. Dormont also is signed up to use the program.

From the Internet, drivers can also access ParkerMap, a widget that will be installed on www.mtlebanon.org to show viewers the same information as the app. Business owners will be able to install the widget on their webpages to show their customers where they can park.

Enforcement will be high tech. An interface between our new parking meters and Streetline will show potential violations in areas where meters have run out but a car is present. The officers will visit the vehicle to verify and ticket it.

The municipality will have access to interesting and useful occupancy data, such as times when spaces are occupied, which spaces get the most use and which days are more popular. Businesses near parking will have the option of advertising on the app too.

How does it work? A chip will be embedded in many of the parking spaces that will communicate with the software when it senses a car has come or gone.

Schalles says the program is adaptable and will grow with the municipality’s needs. In the future, the app will be able to link to a portal, which will allow payments through a smartphone. Another possibility is the monitoring of no parking zones. By implanting the same monitoring chips in spaces where parking is not permitted, such as fire lanes, the software can tell enforcement officers when a car is parked where none should be. In the future, the system also could be linked to the parking garages to tell drivers how many spaces are available there. Sign up for LeboALERT to find out when Parker is available to download for free.

THAI YOGA MASSAGE For some massages, the client lies on a table while the therapist burns a nice-smelling candle and basically plays piano on the neck, back and shoulders. The client leaves relaxed and desperately in need of a shower from all the massage oil.

But with Thai yoga massage, the goal is to leave refreshed, with “freedom of movement and a sense of awakening,” says Amy Falcon, James Place, who recently opened her own studio, Hara Hub, at 3018 West Liberty Avenue in Dormont. A massage therapist since 2000, Falcon traveled last year to Chiang Mai, Thailand, to study at the International Training Massage School, which cheerfully describes Thai yoga massage as “yoga for lazy people.”

During a Thai yoga massage which is often done on the floor (in Falcon’s studio, it’s on a raised platform to make it easier for clients with mobility issues to lie down), the client remains dressed, in comfortable exercise wear like one might wear to yoga, while the therapist assists in stretching and placing the client into yoga-style positions, emphasizing proper movements. “I use more than my hands,” she says, noting a session can include her feet, knees, elbows and her own body weight as resistance. The massage style, which is appropriate for any age, releases muscles and joints without harsh manipulation or back cracking. There also is a meditative aspect to it, with relaxing music.

“If someone’s never tried yoga it’s a great way to start,” she says. If clients want traditional massage, Falcon will do that too.

Falcon grew up in Beaver County and has a background in fashion marketing and retail. She originally trained in massage when she lived in Las Vegas but later moved here and opened a massage studio on Washington Road in 2005. When the landlord sold the building, she went to work for Highmark, melding massage with healthcare, where she found patients were increasingly requesting massages that did more than just relax them—they needed something to cure their pain, whether it was from athletics or repetitious activity or a bad back. Not only can Thai massage reduce pain, it can increase blood and lymphatic flow, according to the ITMS. Session prices are comparable to regular massage.

Hara Hub draws its name from the hara, a Japanese word for the area just below the navel that governs the solar plexus. “It’s how your body moves from the center,” she says. Falcon, who hopes to make the studio a center of wellness by partnering with other practitioners and featuring classes, has extra space available to rent for complementary providers, such as naturopathic doctors or other massage therapists. For details: www.harahubwellness.com.

HOTEL PROGRESS OK. Firm, absolute, drop-dead deadline for the SpringHill Suites by Marriott hotel on Washington Road is… July 1. Yep. Bank on it, says Vinnie Ventrone of Harchuck Construction, site supervisor for the project, which began in 2011 and was originally slated to be open for business in summer 2012. “We’re going to do whatever it takes to meet that deadline,” he says. “Double up on the crews, work 24/7, whatever we need to do. I’m sure Mt. Lebanon’s pretty tired of this.” When asked when the northbound lane of Washington Road will reopen, Ventrone said the target date is early April.

A TASTEFUL EVENT Dormont, Castle Shannon, Mt. Lebanon Rotary Club’s Taste Of The South Hills event is 6:30 p.m.,  Saturday, March 22, at Holy Cross Greek Orthodox Church, 123 Gilkeson Road. It will be an evening of food, auctions and entertainment provided by No Bad JuJu. This dynamic eight-piece ensemble features two lead vocalists/instrumentalists backed by a driving rhythm and horn section to produce an eclectic mix of music encompassing classic R&B and rock and cutting edge contemporary into their signature style. Tickets are $50 at 412-913-6910. As of press time, the Rotary was working with, among other local eateries, Potomac Bakery, Mitchell’s Fish Market, Bistro 19, Bado’s,  Sesame Inn, Betsy’s Ice Cream and Coffee Tree Roasters. A complete list of participating restaurants and tickets will be at www.tasteofthesouthhills.com.

UPSCALE ASIAN CUISINE Picture taking a seat at the chef’s table along the open kitchen and watching your meat grilling on an open flame in front of you, while another chef hand tosses noodles. That’s the scene planned for Jade Grille, an upscale Asian-inspired restaurant planned for late spring at 670 Washington Road.

The venue, in the building that once was the Union National  Bank and recently housed You’re Invited and Rosewood, includes 4,000 square feet of first floor dining to seat approximately 95 patrons. There will be a 40-foot bar at the front, where patrons may wait for their tables or have a comfortable meal with a friend. The building’s downstairs will house storage and the restrooms, says owner and former Mt. Lebanon resident Bob Simon.

“We are really excited for this project,” says Simon, who has two business partners. Although the menu is still under development, expect soups and wok cooking to supplement the meat and noodles, along with full bar service, including a wine cellar.

After looking at a lot of places, the partners knew Washington Road was where they wanted to be, with its energy and upscale clientele. “I know what that downtown is like,” says Simon. “It’s fantastic.” The restaurant, which will employ 15 to 20 people, will be open for lunch and dinner. Private dining, catering and takeout may be added later. 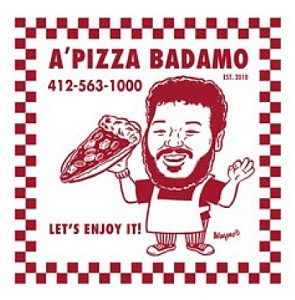 EXTRA LARGE PIZZERIA A’Pizza Badamo is getting a bigger slice of the pie in Uptown. The pizza shop, at 656 Washington Road, is taking over the former convenience store space next door, effectively doubling the restaurant’s square footage to 1,700 square feet and allowing the pizza making to move in front of the window so passersby can watch pies being crafted.

Owner Anthony Badamo is excited, not only about the cool architectural features being uncovered, such as a tin ceiling that had been hidden by a dropped ceiling, but at the room he and his employees and guests will now have, in addition to being able to add a customer bathroom. At press time, he hoped to be able to complete the project by late February or early March.

“It’s going to be great for the shop,” he says of the expansion. He expects to accommodate about 20 to 25 diners. He will continue to deliver, and the additional space will allow room for a grab-n-go case with premade sandwiches, pasta salads and soups to be taken home and reheated. He plans to add some arcade games for the kids.

His plans include application for a façade grant in hopes of improving the front of his business to make it more attractive. “I really want to take this thing to the next level.” Since he’s been open, the menu has changed and grown with the clientele, but he says his favorite meal is still “the classic Italian hoagie with everything on it and hot chili peppers. Or a large pepperoni pizza.”

He is clearly proud of his shop’s expansion, which allowed him to create jobs. “I worked pretty much by myself for eight or nine months,” he says. He now has 13 employees. “Everybody’s ready to step up their game,” he says.