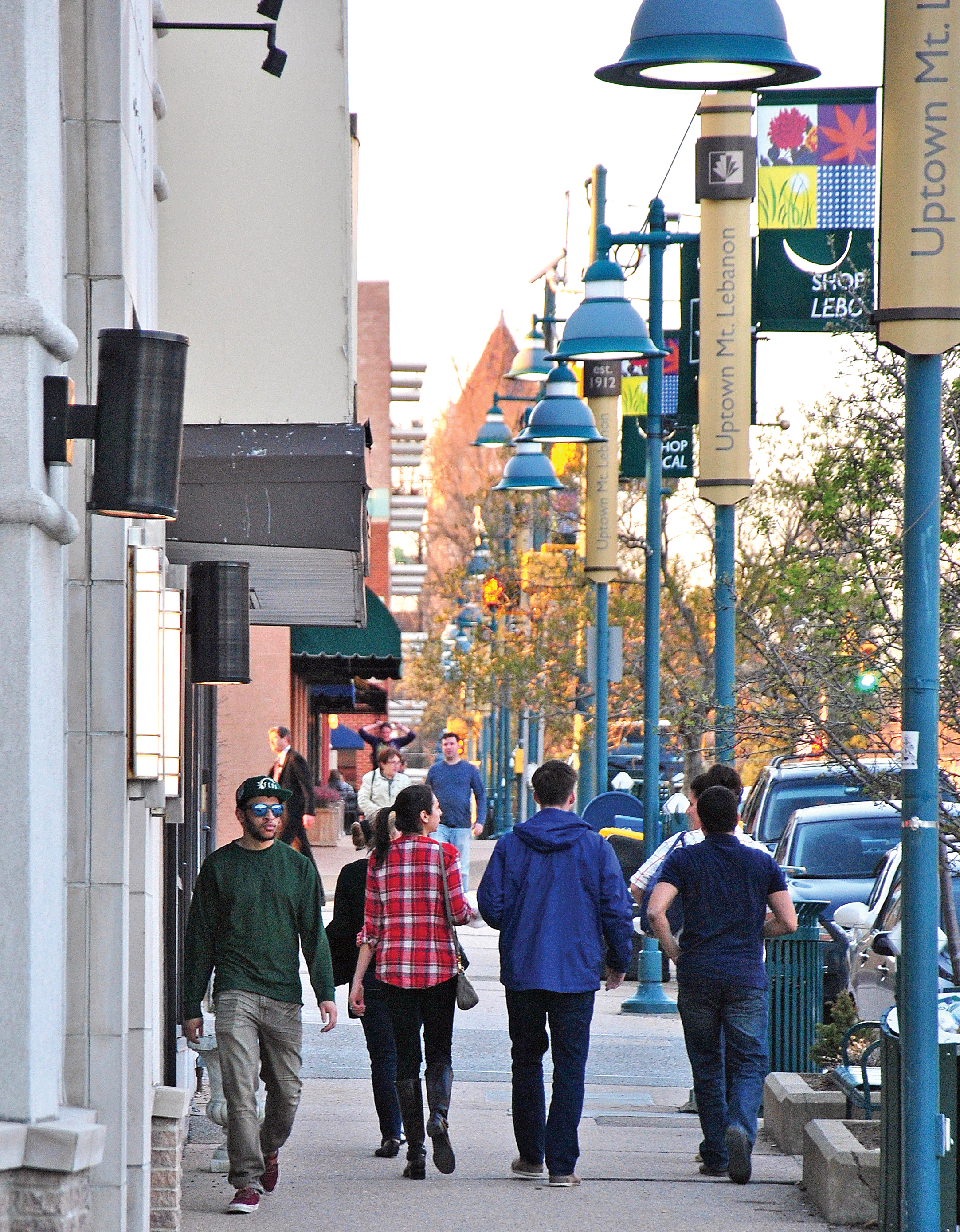 You knew Mt. Lebanon was a walk friendly community, but now it’s official. Mt. Lebanon received the Bronze-level Walk Friendly Community designation from the Pedestrian and Bicycle Information Center. The program is sponsored by FedEx and managed by the University of North Carolina Highway Safety Research Center.

The award goes to communities that provide expanded opportunities for walking while keeping pedestrians safe. Mt. Lebanon’s award noted that our town “boasts a sidewalk network that nearly covers its entire network of roads, meaning that nearly any trip can easily incorporate walking.” It says that our comprehensive plan includes a detailed assessment of pedestrian and bicycle safety issues, using safety data and field reviews to make recommendations for improved safety.

“Mt. Lebanon pays particular attention to pedestrian-scale features and amenities along its streets, from pedestrian-scale lighting and landscaping to wayfinding signage,” the award says. It also cites our safe walking routes for children to get to and from school, in partnership with the Mt. Lebanon Police Department.

Commercial Districts Manager Eric Milliron submitted the lengthy application last year. “It’s an acknowledgement that we’re performing at a high level,” he says of the award, which took into account the recent Look Up, Lebo safety campaign, which gives tips for safe driving, walking and cycling. Milliron says the designation may help the municipality qualify for grants.

Sixty-five communities in the country have received a walk friendly designation ranging from platinum to honorable mention since the program began in 2010. The program is supported by the U.S. Department of Transportation Federal Highway Administration.

The only other Pennsylvania cities on the list include Philadelphia, with a silver designation, and Indiana, with a bronze. The designation lasts until 2020 before Mt. Lebanon would need to reapply.