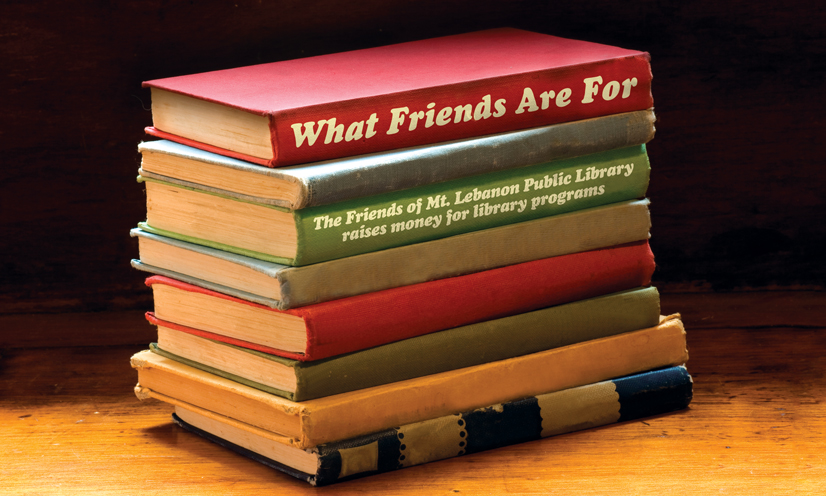 The Friends of Mt. Lebanon Public Library is a nonprofit 501(c)(3) that raises money to help support programs such as the summer reading programs for children and adults; the French, Spanish, Chinese and Italian conversation groups; the library’s speaker series and off-site tours to destinations including Oglebay Park and The Museum of the Alleghenies.

A minimum donation of $15 is all that’s required to join the Friends. More than 800 residents are members of the Friends, and of that total, about 300 are active library volunteers. Volunteers start out doing a minimum of two two-hour shifts a month, which can grow into more of a time commitment.  Some volunteers are at the library almost daily.

“Our only mission is to support our library,” says David McKibben, president of the Friends board. “We provide financial resources that allow the library to further its goal as a community learning and information resource. We like to think that our funding helps add the sparkle to the library’s shine.”

“The library presents us with a wish list, and we do what we can to help,” says Susan Tracy, the Friends volunteer coordinator. “We underwrite the difference in cost of programming and trips.”

Last year, the Friends gave the library $85,783. The biggest chunk of that money, $22,000, was for programming. Other extras included rental fees for the library’s Book Stop and Media Stop, where you can check out high-demand items without getting on a lengthy waiting list, and also less sexy tangibles such as an audio/visual upgrade to the meeting rooms, donor management software, an additional security camera and the maintenance contract for the RFID system (the gateway at the exit that sets off an alarm if it detects an item than hasn’t been checked out).

“Our library is fortunate to receive tremendous support from our community, but the Friends of Mt. Lebanon Public Library go above and beyond to provide the means to make our library extra special,” says library director Robyn Vittek. “The library would be a very different institution without their influence, and the entire community benefits from their generosity and civic spirit.”

The courtyard in the back of the library was funded almost entirely by the Friends, says former library director Cynthia Richey, through book sales and other donations.

“The Friends wanted a new big project,” says Richey. The architect for the library building had planned to have a simple courtyard where the existing one is, pretty much a patio, but there wasn’t enough money in the building budget for it, so it was scrapped. Consequently, the back was a big hill of dirt and when it rained, mud would seep under the doors into the children’s story room and the back area in the adult library near the restrooms.

“It was a mess!” says Richey. “So I suggested that the Friends do the courtyard and that became their big project. The late architect James Scarlett designed the courtyard pro bono and he helped Walt Heintzleman, an engineer and the municipality’s representative, oversee the construction.”

The Friends dedicated the proceeds of the first used book sales in the newly renovated library to the courtyard project. The courtyard was completed in May 2000.

“We knew it would be a wonderful extension of the library, with space for storytimes, independent study, programs, special events, and so much more,” says Richey. “And it just keeps getting better and better!”

The Friends raise money through donations and through a couple of beer-themed events—Brews for a ‘Chili’ Night in January and the Beer Garden Bash in August, which bring in between $6,000 and $7,000 each—but the biggest moneymaker is the Book Cellar, the used book store in the lower level of the library.

The Book Cellar grew out of the weeklong Twice Sold Tales used book sale, which started in 1968. Held every October, the sale eventually became one of the biggest used book sales in Western Pennsylvania. Tracy estimates the Book Cellar brings in about $60,000 a year.

“To be honest, I didn’t know much about the Book Cellar when I first got involved,” she says. “I didn’t realize how big it was.”

Book Cellar donations come from various sources. Volunteers do an initial sorting and divide them into three categories: Keep, Toss, and Better World Books, an online bookseller that donates profits to literacy nonprofits around the world.

Crack in the binding? Toss. Weird smell? Toss. Crate of books from a house where there may or may not have been a bedbug infestation? What do you think?

“We pride ourselves on not selling junk,” Jacobs says.

Books in good condition, but from authors who are so prolific—think James Patterson, David Baldacci, Danielle Steel—go to Better World if they’re more than five years old. Better World will send empty boxes and pay the shipping cost.

“Many used book shops buy from us,” Jacobs says.

Higher quality donations will be sold on Amazon, where the Book Cellar has a page, MtLeboBookCellar.

McKibben devotes a good chunk of time to maintaining the Amazon page. He began volunteering with the Friends in 2004. As a board member, he helped launch The Book Cellar in 2008, and he managed it for more than six years. Between volunteering at the library and selling books online, McKibben estimates he puts in about 30 to 40 hours a week.

“I was just looking for something to do in retirement,” says the former pediatric dentist.  “Now it’s almost like a second career.”

Of course, this was all pre-COVID-19. With the library closing its doors in mid-March for more than three months, the Book Cellar, and with it the friends, have had to shift gears.

“I’d say about 70 percent of our volunteers are in the high-risk group,” says McKibben. “We’ll have to be even more cautious, especially in the Book Cellar space, which is very small and hard to use social distancing.”

“We may only see half, or maybe even a quarter, of the revenue from the Book Cellar this year,” he says. “So for the immediate future, we will have to adapt, maybe do more general fundraising. We’re still doing everything we can to support the library. ”

If you would like to join The Friends of Mt. Lebanon Public Library, you can download an application on the Friends section of the library’s website. 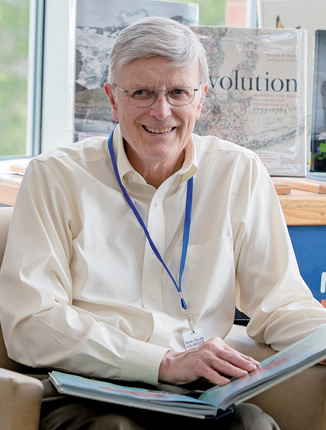 “Our only mission is to support our library.” 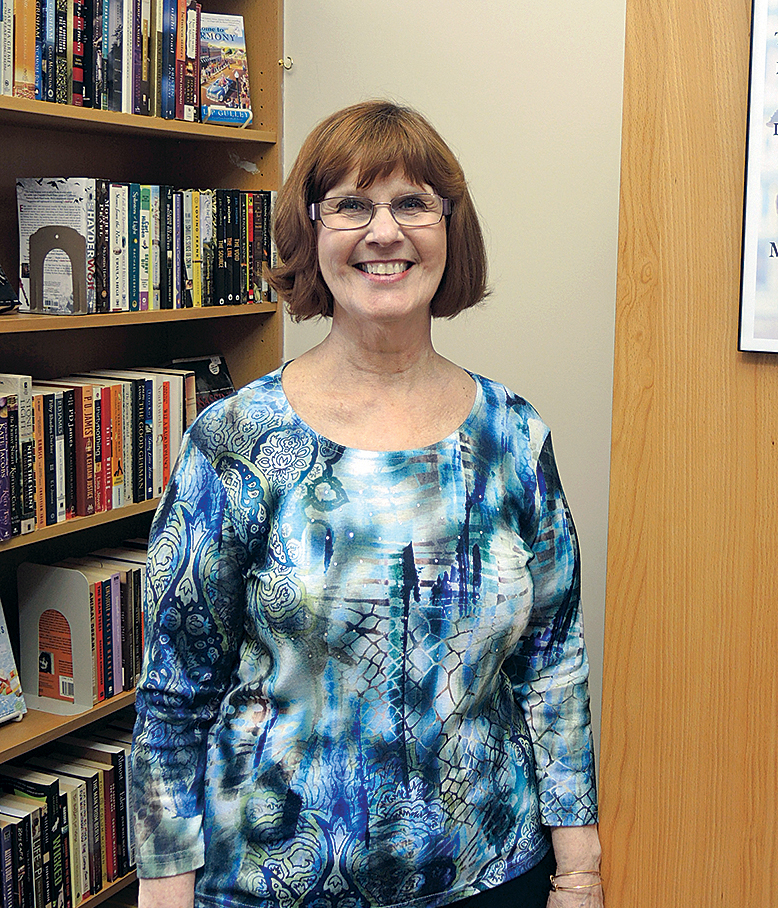 “The library presents us with a wish list,
and we do what we can to help.” 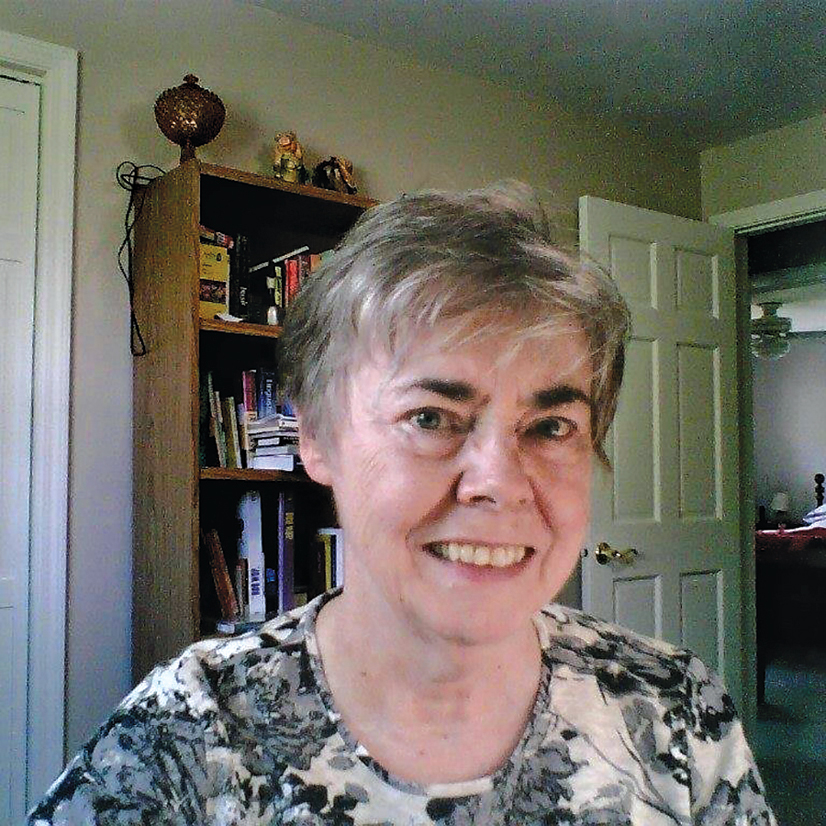 “I didn’t know much about the Book Cellar when I first got involved. I didn’t realize how big it was.”