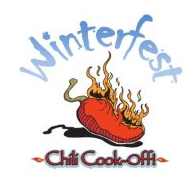 Winterfest will be Saturday, February 23 from noon to 3 p.m. in Clearview Common. In addition to the chili cookoff, beer meisters from TRASH (Three Rivers Area Serious Home Brewers) will be competing for the best suds, in front of judge Bob Batz Jr., the food editor and beer writer for the Pittsburgh Post-Gazette (who also happens to live in Mt. Lebanon).